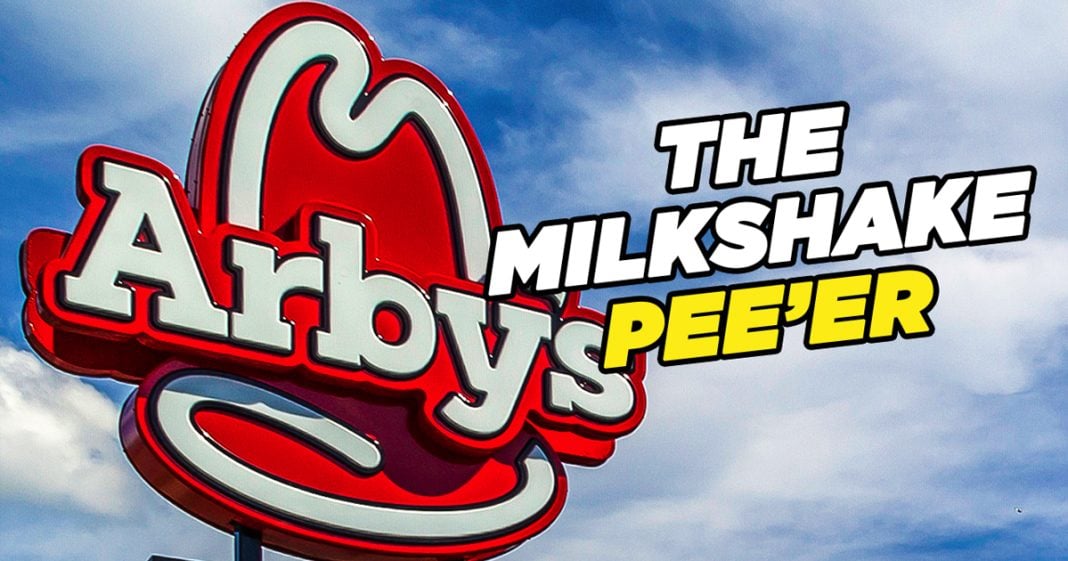 A former Arby’s manager has admitted to urinating in the milk shake mix – as he’s being investigated for child pornography. Mike Papantonio & Farron Cousins discuss more.

Mike Papantonio:             A former Arby’s manager has admitted to urinating in milkshake mix. Wow. Is, it’s being investigated. He’s also being investigated for child pornography. This guy was, now you can’t blame it on Arby’s. Although I can’t even, what is that mystery meat that they? I don’t even know what it is that they put in an Arby’s sandwich. But now, okay. Now the milkshakes. Pick it up from there.

Farron Cousins:                  Uh, this was a truly bizarre story just because obviously it started with this former manager getting investigated for distribution and possession of child pornography. And he admitted to cops he’s like, yes, I’m, I’m sexually attracted to, to children. And then as they’re conducting their investigation and questioning of him it’s oh, by the way, um, I also would pee in the milkshake mix a couple times for, as he said, sexual gratification. But then he says, oh, don’t worry. I’m, I’m almost positive that I threw those batches out.

Farron Cousins:                  And they, they looked through the security footage at Arby’s. They found him actually peeing in the milkshake mix. They didn’t see him throw it away though. So.

Mike Papantonio:             Where this story lands to me is, what does an employer do? I mean, really. You, you’re, you’re first of all, there’s an employment shortage. People are not wanting to work. I mean, what does Arby’s do? I mean, how do they identify this guy? It’s virtually impossible and it’s almost caveat emptor nowadays, isn’t it? Well, whatever you’re doing buyer beware, whether it’s a milkshake now. You gotta be careful.

Farron Cousins:                  You can’t potentially go through everybody’s computers in the interview process to see if you’re hiding child pornography on there. So there has to be a better way for companies to kind of make sure that you’re not hiring a milkshake pee’er, I guess. But you know, if you’re, if you’re going anywhere just.