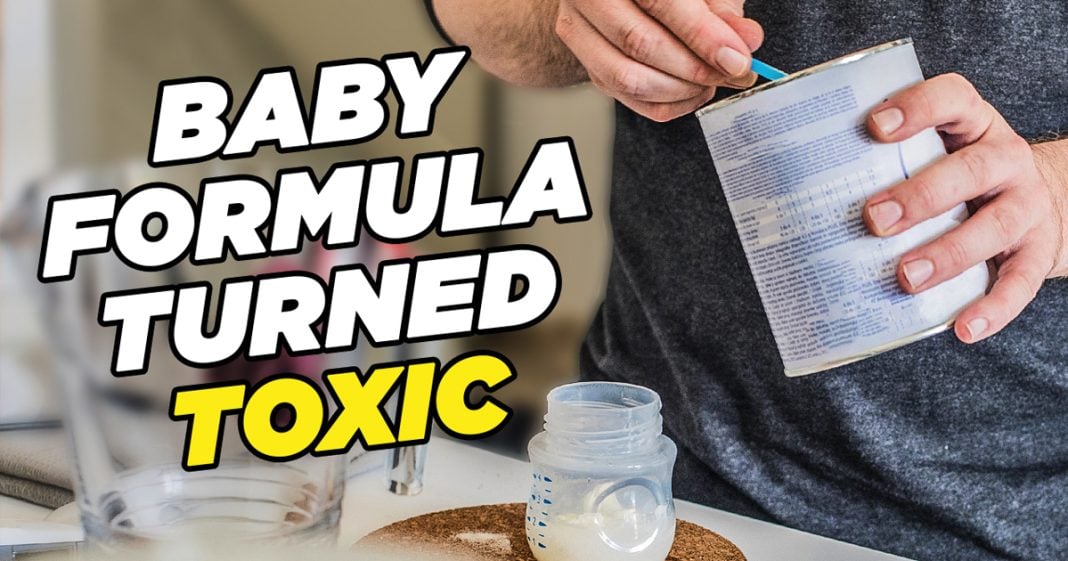 A whistleblower has come forward with information about the negligence at Abbott that helped create the baby formula shortage. Mike Papantonio & Farron Cousins discuss more.

Mike Papantonio:             And they need to take some responsibility. It’s not his job. It’s their job. Yes, he hired them, but it’s their job. And if they don’t do that, it’s gonna get worse and worse as the midterms approach.

A whistleblowers come forward with information about the negligence at Abbott that helped create the baby formula shortage. You know, Abbott is getting all this attention, but you know, Nestle is really the biggest manufacturer.

Mike Papantonio:             And Nestle, you know, we know you and I have done a dozen stories on Nestle. They are complete psychopaths.

Mike Papantonio:             There’s no, actually at one they may have been voted the worst. They certainly come up in the first, in the first five, every year when we look at their conduct. But pick it up from there, you know, pick up that first part of the story.

Farron Cousins:                  Yeah. So what we know now is that obviously there were major problems at Abbott’s processing facility, their packing facility, where they packaged all the baby formulas, shipped it out to the United States. And this was a plant in Sturgis, Michigan. They had a massive bacterial outbreak that actually killed two babies that were drinking their formula. And a whistleblower came out months ago.

Farron Cousins:                  Before there was this shortage and warned regulatory agencies, they’re, they’re covering up their data. They’re lying to you. They’re falsifying records. They’re doing all of these horrible things. They fired me for calling them out on it. So you got retaliation there too. Do something because they’re killing babies.

Mike Papantonio:             Yeah. I mean the list, the list comes right outta the book. Here’s what they found ’em doing. As you said, completely falsifying records, making stuff up and saying we did these tests when they didn’t do it. Releasing untested infant formula. There’s steps they have to go to before the end product is released. They didn’t do that. FDA 19, of the 2019 audit FDA got hustled. Of course the FDA always gets hustled. It’s not anything to pull, to pull the wool over the FDA’s eyes. The, the list is at this point has been out there since February of the things they haven’t done. Now again, this, the problem with this though, is that it ties into the, the whole thing we started this conversation about. It’s just easy to talk about. Abbott’s not gonna take the hit here. You have the Democrats trying to put it on Abbott. Really the problem I’m wondering about, and this hasn’t been discussed, this all seemed to start when a couple of things happen.

When the major lawsuit that we brought and some other lawyers brought in this country against the, against the formula industry for what they call NEC. It’s a, it’s where a preemie baby drinks the baby formula. Shouldn’t be given the baby formula because it’s a cows milk based and the enzymes cause their intestines basically to disintegrate and the baby buys, dies a horrible death. And, and you’re, you’re wondering, and this, this is a serious question. It’s not, this is not conspiracy stuff because we’ve seen industry do this before. Is the industry now saying, hey, you can’t live without us. How dare you bring this lawsuit? It’s a big lawsuit. It’s one of the biggest in the country right now. And it’s been brought in what they call an MDL. And we’ve seen it happen with other products before. We’ve seen it happen with pharmaceuticals where they say, you’re gonna attack us. Great. We’re gonna make the pharmaceutical disappear. What is your take on that? Is that, is that overreaching? Because that’s not just my theory. That theory is, you know, writers have talked about this.

Farron Cousins:                  I, I, I think it’s very plausible because right now the, these manufacturers of these baby formulas have the upper hand and to be perfectly honest, they have had the upper hand since about 2014, they put together this Infant Nutrition Council of America.

Farron Cousins:                  They got their regulations weakened. Allowed to do all kinds of things without tests. So they have been exerting their power for many, many years and now that there is this shortage, everybody’s begging them. Please, you have to save us.

Farron Cousins:                  They get to emerge as heroes when they’re actually the villains. Democrats can’t package that in a 15 second ad. Republicans have their messaging. The truth gets buried.

Mike Papantonio:             Yeah. The corporation takes it, wow, we pulled that over ’em because now this lawsuit that’s been brought, now understand they’ve known for decades that the product they were selling were, was killing preemie babies. And it’s not just a, the, this is where I read a story where a nurse had to leave her job taking care of the NEC babies that were affected by this formula because she couldn’t stand the screaming and they have to basically keep ’em completely sedated the last days of their lives because it’s so painful. So I don’t know where this is gonna go. I do know that it doesn’t bode well for this administration. They, they’ve gotta dig themselves out of another problem. Along with inflation, along with gas, along with, you know, a pending recession potential.

Farron Cousins:                  Yeah, absolutely. And of course, when you’re talking about babies, when you have these kinds of problems, like you said, the Republicans already have the upper hand on the messaging. They’re using the messaging. It’s effective. You can’t package everything we just said with the whistleblower, the.

Farron Cousins:                  The nutrition council, it’s all true and it, it is the what’s happening. But to package that and sell it to the average, you know, working class American, their eyes are gonna roll back in their head and they’re gonna say, stop. I can’t, I don’t understand.