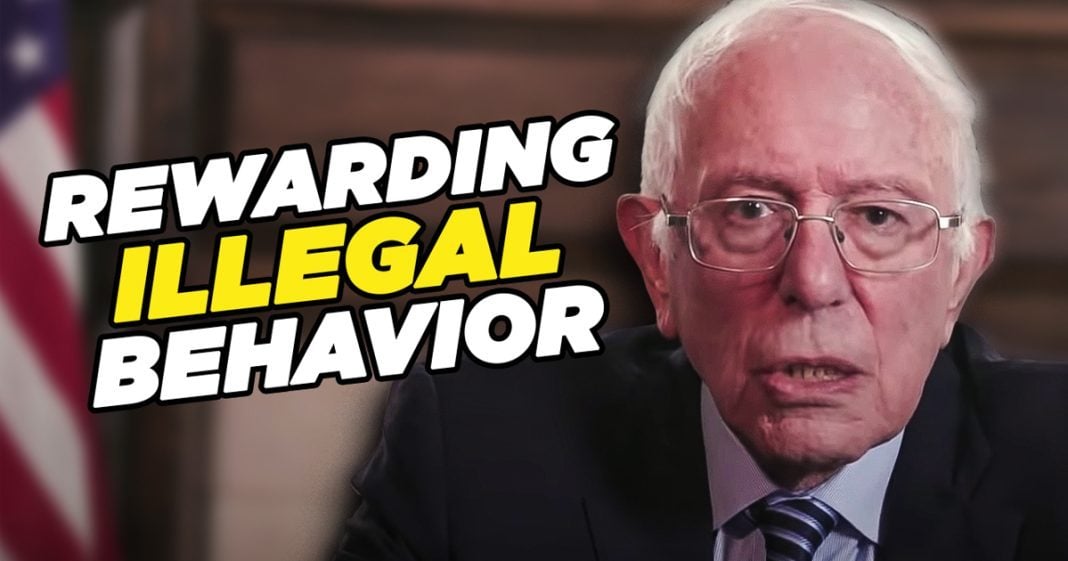 Bernie Sanders wants to know why corporations that break the law are receiving billions of dollars worth of government contracts – and that’s a great question. Mike Papantonio & Farron Cousins discuss more.

Mike Papantonio:             Bernie Sanders wants to know why corporations that break the law are receiving billions of dollars worth of government contracts. And that’s a really good question. He came out and he said, look, why would we have Amazon, why would we give $10 billion to this, to this union busting freak who tries to make everybody believe that life is good for the workers around Amazon? Why do we give him 10 billion? Because Mr. President, oh by the way, all you have to do is do an executive order and you can stop all that. What’s preventing Biden from doing that? That’s the question that, that Bernie Sanders is raising.

Farron Cousins:                  And, and I think, honestly, this is a question that is probably decades overdue at this point. Why, not just Amazon, but any company, which is pretty much all of them that we know of that breaks the law, they’re out there doing horrible things like laundering money for terrorists, you know, poisoning the environment, poisoning humanity and we just give ’em all this money because, well, you’re the best there is at what you do. So here’s another $10 billion, Mr. Bezos. Have fun with your Washington Post. Have fun, you know, with your workers, peeing in bottles because you don’t even give them bathroom breaks. Oh, and don’t be afraid to spend a little bit of this on your union busting law firms you hire.

Mike Papantonio:             Yeah. Some great articles come out about what the trade off was. Washington Post of course loves everything, no matter how crazy it is, that this administration does. It’s all okay. Washington Post is always there for him. So on the other side, you’ve got Biden who’s taken all that in. Thanks a lot. Appreciate it. But he, all he has to do is sign an executive order and said, we’re not going to give this corporate welfare to people who do union busting. because we care about workers. And if you’ll think about it, that was one of, that was one of Biden’s campaign promises. He came into office, he said, look, I’m gonna stop this, this, this union busting. He was talking about the tech companies, the tech companies are doing all these terrible things to unions. He was talking about Amazon. And that was one of the things he ran on and he’s, he even used the idea I can do an executive order if you put me in, in office. Instead he gives these creep, these creeps around Amazon $10 billion, along with, along with $3 billion worth of subsidies.

Farron Cousins:                  That this billion dollar company allegedly wants to do, the 10 billion of course is just kind of a, a gift in and of itself. That’s not necessarily earmarked for anything. That is just a, a gift on top of the, the rest of the tens of billions to.

Mike Papantonio:             Somebody’s gotta ask, you know, again, you know, we can’t, I refuse to allow you or I to stand up here and, you know, let’s clap for B, for Biden again, when we can see it. I mean, all he has to do is do an executive order. He could stop all this immediately, but he’s getting great, great articles coming out of the Washington Post.

Farron Cousins:                  But you know it also reminds you, we, what we almost had here, because I guarantee if he was in that White House, we would’ve had that executive order day one.