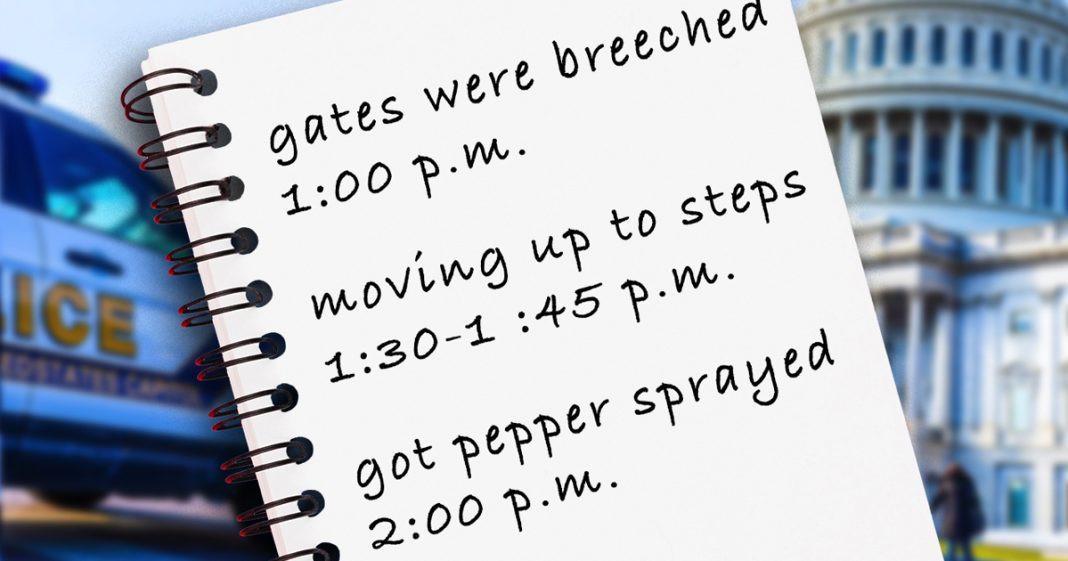 A Capitol Rioter was busted after documenting his crimes in his day planner. Mike Papantonio & Farron Cousins discuss more.

A Capitol rioter was busted after documenting his crimes in his daily planner. You know, some stories you read and I almost, I, I just, this story just cracked me up, this 70, this what, 71 year old man, he’s keeping a daily planner of all the crimes he’s committing January 6th at the Capitol. Pick it up from there.

Mike Papantonio:             Okay. So, you know, let me take the lawyer. How do you defend it? I mean, he’s doing the work for the police and all they do is they take the video, right. They’re video and all this. They’re saying, okay, does this match up to this guy says he’s, you know, pepper sprayed. This guy was such a nut he started beating on one of the police officers with a pole.

Farron Cousins:                  Right. That’s how stupid so many of these people are. And, and this honestly I’ve, I’ve reported on all of these that I can because they are so hilarious to me. This is the dumbest, I, I gotta tell you this guy right here.