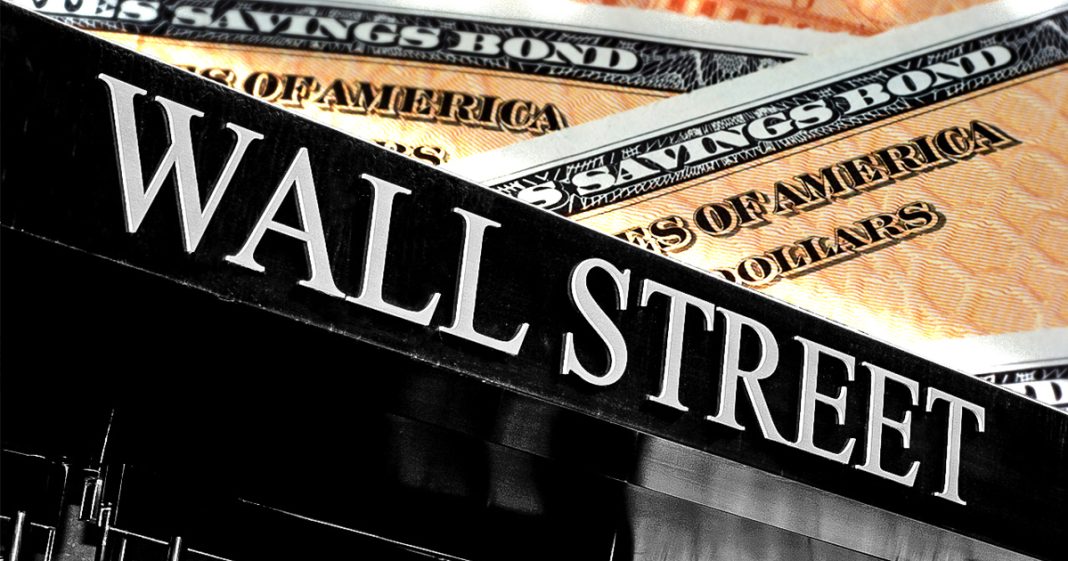 As many as 27,000 Mainstreet Investors are at risk of losing part of their retirement or investment savings after GWG Declared Chapter 11 Bankruptcy last month. Mike Papantonio is joined by attorney Michael Bixby to discuss more.

Mike Papantonio:             As many as 27,000 main street investors are at risk of losing part of the retirement or investment savings after GWG declared chapter 11 bankruptcy last month. Attorney Michael Bixby joins me now to explain this and this is a guy that deals with the sociopaths all the time. This story is really troubling. Tell us a little bit about what these Wall Street hustlers did here.

Michael Bixby:                    They were betting on death and here’s what they were doing. They were using nontraditional models to do it. So they said, we’re not gonna follow the standard actuarial models. We’ve got our own things that we’re going to do. And it was extremely risky because if they were wrong even by a little bit, they basically, Pap, they issued bonds and they had payments that were due to the bond holders that they had to meet. And what happened is they stopped being able to issue their bonds. And in 2021, they didn’t issue some financial statements, some SEC filings, their auditor resigned and basically their ability to go get new people to invest in the bonds.

Mike Papantonio:             In other words, the investment they would, they would stay ahead of going bankrupt by selling more, almost like a Ponzi scheme. Isn’t it? I mean, you, it, there’s no difference. I think a headline that I saw in here is they were borrowing from Peter to pay Paul. Anytime we see that in Wall Street, that’s a Ponzi scheme. Now my guess is the DOJ will do nothing about it. Nobody will be prosecuted. But put that in terms of who was affected here. Let, let the viewers understand who, who is the, who’s the risk.

Michael Bixby:                    That, that’s exactly, I think the important thing, Pap, is you understand, because this isn’t just, oh, a hedge fund did something crazy and the hedge fund owners are now. What we’re talking about here is literally main street investors.

Mike Papantonio:             Okay. And as you look at the case, my guess is this. When you micromanage who’s in charge, you’re gonna find that the folks involved have past histories of similar kinds of deals, which brings me to this. Why in the world won’t our Department of Justice prosecute these folks? Yeah, they’re dressed up in Armani suits. They drive Bentley’s. But they got MBAs from Harvard and Yale. But why won’t the DOJ just prosecute ’em just like we would a kid selling marijuana on street corner?

Michael Bixby:                    No, Pap. I mean, this is, this is a constant problem. You and I have talked about this before many times. And the issue is what these Wall Street firms have learned, what these investment companies have learned is, hey, we’re gonna have this, this stack of disclosure documents they can plop on the table, that’s that thick. And essentially what they did, even in their bankruptcy filing, they said, well, we told you we were gonna do this. We told you that we could use your bond payments to us, where you purchased the bond to pay other investors. And so they’re gonna tell the DOJ, they’re gonna tell any of the authorities, we disclosed this. We properly disclosed it to everyone, which brings me to the relationship. How did the people end up in this? The teachers and the nurses and the other normal people. They didn’t go and find it themselves. We’re not talking about, you know, Wall Street bets type investors with GameStop. We’re talking about retirees, regular people who went to a financial advisor who told ’em, hey, I’ve got this bond. And you think of a bond. Bonds are secure, right?

Mike Papantonio:             That’s the safest thing you always think about is I’m gonna put my money in bonds. I don’t wanna put in equities because I can lose everything.

Michael Bixby:                    That’s exactly the thought. So bonds supposed to be backed by something. The problem with these, these were high yield, extremely risky and they were illiquid. You couldn’t trade ’em.

Michael Bixby:                    So these investors were told, some of the people I’ve spoken to were told they were safe, which is the exact opposite of what it is. And what’s crazy about this. If you look at because it’s brokerage firms, it’s Wall Street firms all around the country who are recommending this and selling it. And it’s actually a small group, it’s sort of a cabal of these certain Wall Street groups that were actually selling the GWG bonds to their clients.

Mike Papantonio:             Well, and, and you know, and the problem, the problem is until you start throwing brokers in prison, until you start throwing the folks that engineered this in prison, you know, some in the next 20 years, they’re gonna be talking about this in their Harvard MBA school. You know what, these guys got away with. It’s worth the risk. Here’s what’s interesting to me, so many things you said there is interesting, but one thing, what you described was they put it in the documents and I’m sure the writing was tiny, but more importantly, they, they basically, it sounds like they basically said we’re gonna steal from you. You know, if you, in the end, we’re going to steal from you, but we’re disclosing that we’re gonna steal from you therefore under the SEC rules, it’s okay. Is that kind of what happened here?

Michael Bixby:                    That’s the argument, but here’s the, here’s the good news when it comes particularly to the brokerage firms and brokers and advisors who are selling this, Pap, because the FINRA guidance in a lot of these cases that I’m handling are in FINRA arbitration and that’s the good news I think for investors is that somebody who was missold this, a retiree, somebody who is elderly or somebody who couldn’t take on this type of speculative risk, even if they were handed the disclosure documents, what FINRA says at least, and we argue is that you can’t lie to someone and then hand them a piece of paper saying, I just lied to you.

Mike Papantonio:             In other words, they’ve anticipated it because we’ve seen Wall Street do it so much. Wall Street creates a document.

Mike Papantonio:             It’s a, it’s a hundred page document. Somewhere in the document it says we might be lying to you and, and you know what, we might even be stealing your money, but we’re disclosing that possibility to you, therefore we’re protected. And then finally the SEC comes and says, let’s rewrite that a little bit because the SEC is, they’re, they’re dead on arrival. It’s the most useless reg, it’s almost as useless as the EPA or the FDA, almost. But they come in and they say, we’re gonna fix that at least. Right?

Michael Bixby:                    Well partially. So I mean, if you look at how that’s actually implemented, I think that there’s definite guidance there that we use in our cases. But the reality is, is the SEC using that in their prosecutions? Are they using that? Not so much.

Michael Bixby:                    Really. So it’s there. There’s helpful things. The good news to me and the message is is that the investors who are in this stuff, they still have an option. They still have the ability, even if GWG through their bankruptcy, maybe there’s no money left at the end of the day. People who were sold this by their broker and financial advisor have hope. Those are the type of people that I’m representing, that our firm is representing, me, Peter Mougey, the rest of our team where we’re handling these claims and we’re fighting against these brokerage firms that knew. I mean, if you go back to 2015, there’s a research report before most of the people were even sold this thing. You know what it said about these things? It, it, it literally said that, rob Peter to pay Paul, borrow from Peter to pay Paul. It called it unrealistic assumptions. It said things like fantastical fantasies about this investment. So this was, this was known, the brokerage firms should have known this.

Mike Papantonio:             Don’t you expect your broker to know that? Isn’t it like going to a doctor and the doctor says, you know, I haven’t kept up with literature and I didn’t know they had something called a pacemaker that could save your life? I’m sorry. This is the same thing. I mean.

Mike Papantonio:             Yeah. I’m sorry. I didn’t see that article. I’m your broker. I’m the person you rely on. And the other problem is, is when you have a pension program that buys by the gazillions, nobody’s paying attention to that, are they?

Michael Bixby:                    That’s exactly right. And what the brokers wanna do, the financial advisors wanna do is when it comes down to brass tax, they wanna say I’m a used car salesman. They wanna say, no, I don’t actually owe you any duties and they’ll do that. You would not believe it. It shocks the clients that I represent.

Mike Papantonio:             That’s all for this week, but you can find all of today’s videos on YouTube channel at youtube.com/the ring of fire. The videos are gonna be posted throughout the week and you can follow us on Twitter at America’s Lawyer. I’m Mike Papantonio and this has been America’s Lawyer where every week we tell you stories that corporate media won’t tell you because their advertisers don’t allow ’em to tell those stories or their political connections just won’t permit it. We’ll see you next time.