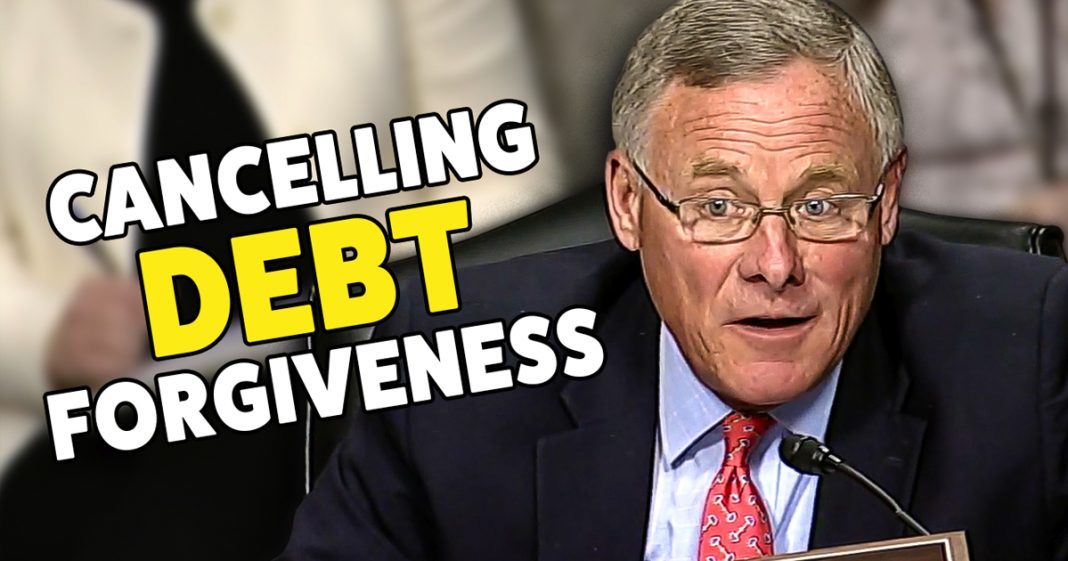 Republicans in the Senate have drafted legislation to stop President Biden from forgiving student loan debts ahead of the midterms. Mike Papantonio & Farron Cousins discuss more.

Republicans in the Senate have drafted legislation to stop president Biden from forgiving student loan debts ahead of the midterms. I love your position on this, Farron. Your position is if we’re gonna save the midterms for the Democrats, this is what they must do.

Mike Papantonio:             A year. And we can’t, we can’t say to these students, bless your heart, God bless you. You went, you got a college education. You tried to better yourself. You did all these things that we asked you to do as a democracy and now we want you to be in debt for the rest of your life.

Farron Cousins:                  Right. And, and you know, the interest rates on these loans have gone through the roof. The cost of college has risen exponentially in the last 20 years.

Farron Cousins:                  If you don’t go to college. We shame them into going to college and then tell them, oh, well just take out a $40,000 a year loan. You could pay it back. You’ll get a great job coming outta college to pay these off. Well, no, those great jobs may have existed in the, you know, seventies and eighties, early eighties. They don’t exist anymore.

Mike Papantonio:             You’re getting married. You’re having children. You’re trying to become part of the workforce in America. You’re trying to better yourself. And now, and then every month you’re getting this bill, you know, and the worst part about it is let me call another ball and strike. You know what, you know, the Democrats took the right of that student to declare bankruptcy.

Mike Papantonio:             In other words, every, everything could be falling down, the Democrat bill, this is a Democratic bill that said that student may not declare bankruptcy. And of course the Republicans, oh my God. They jumped all over it. Yeah. Yeah. We’re with you on that. We’re gonna make this person pay until it hurts. And this is government money. We, it’s we’re, we’re, we’re, we’re being shortsighted if we don’t do this. But you got Republicans trying to stop it right now.

Farron Cousins:                  Right. They’ve got this legislation that would, you know, remove this ability, you know, basically declare he can’t do it, but of course they don’t even have the numbers to get it passed. But they, by passing the legislation, what they’re doing is acknowledging that he can do this.

Mike Papantonio:             They can, they can, do it over time. There’s all kinds of ways to get this. And you know, the argument is, well, we can’t afford one point trillion dollars. Really? Really? You know, we, we’re handing money out like a drunk sailor all over the world and we can’t take care of these students that have done what we’ve asked them to do, go to college, get better. They’ve done that.

Farron Cousins:                  Well. And, and, and the other argument too, is, well, this will take the economy. Really? Because we haven’t been paying for two years now and nothing bad has happened with that.