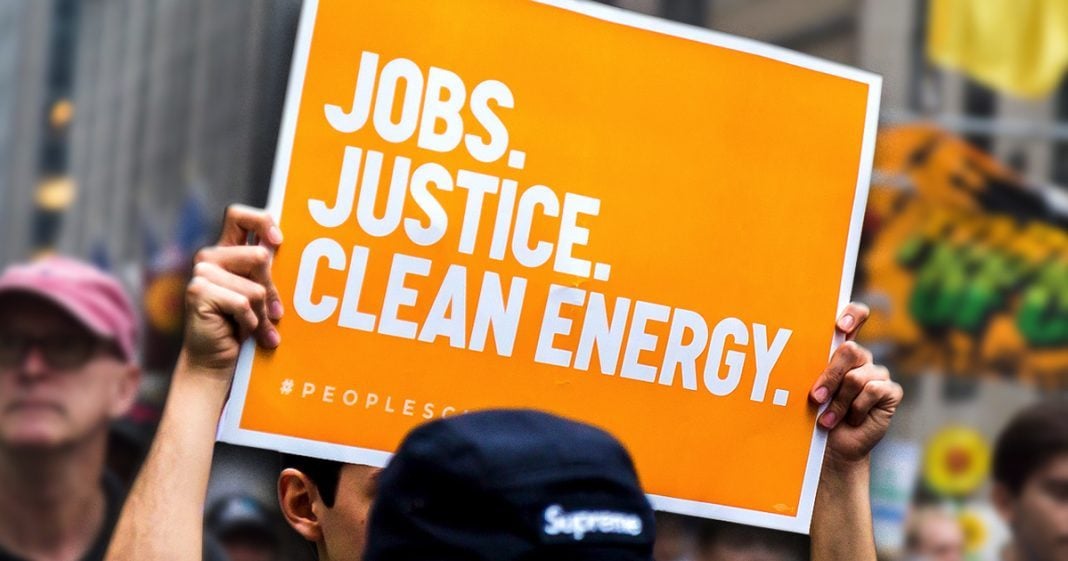 Climate activists recently blocked the entrances to major corporate news outlets in a protest over the lack of attention being paid to climate change. Mike Papantonio & Farron Cousins discuss more.

Mike Papantonio:   Climate activists recently blocked the entrances to major corporate news outlets in a protest over the lack of attention being paid to climate change. Wow. I don’t, I can actually tell you this because I’ve known you for so long. I don’t know anybody who’s done more stories on climate change than you. You’ve written them in magazines. You’ve been on TV with them. You’ve been on radio with them. You are the expert in this and you’ve always said, why in the world won’t corporate media tell the story? I’ve always said you because people don’t read it.

Mike Papantonio:   Isn’t that it?

Farron Cousins:       And, and that is absolutely the truth. I mean, I still run into that problem now, anytime I do a segment on climate change, okay, snooze, let me move on to the next thing. And, and what’s even more telling is, you know, these individuals, this was last Friday they did this, they blocked the New York Times. They blocked News Corp. They blocked all these massive newspapers, Gannett, to make, to make it to where they couldn’t print because they were protesting over climate change and nobody’s even talking about the story. I mean, that’s how bad it is. They can’t even get attention for a protest about the lack of attention in climate change.

Mike Papantonio:   What I remember years ago, Farron, you were saying this, you were saying, look, Mike, I can do a feature story in the trial lawyer magazine. I can put it on the front cover. It can be the expansive story about what’s really happening and nobody will read it. And unfortunately that’s true with social media too.

Mike Papantonio:   When we do a story on so, on climate change, you know, it’s, there’s no comparison to the regular story, the regular news stories we do. It’s like, it’s, it’s crickets, it’s yawn. But everybody says, ah, you gotta do the story anyway.

Farron Cousins:       You’ve gotta get the message out there. And unfortunately I do see a lot of folks that, you know, are, are in the YouTube game as well that also avoid it.

Farron Cousins:       And you can’t do that. You know, we have to talk about these stories. Everybody should be covering them and, you know, I, I applaud what these activists did. Unfortunately we’re probably the only ones who are talking about it, but they did it. It was a good thing. We need more of this.

Mike Papantonio:   Yeah, yeah. Thank you, Farron. Thanks for joining me.