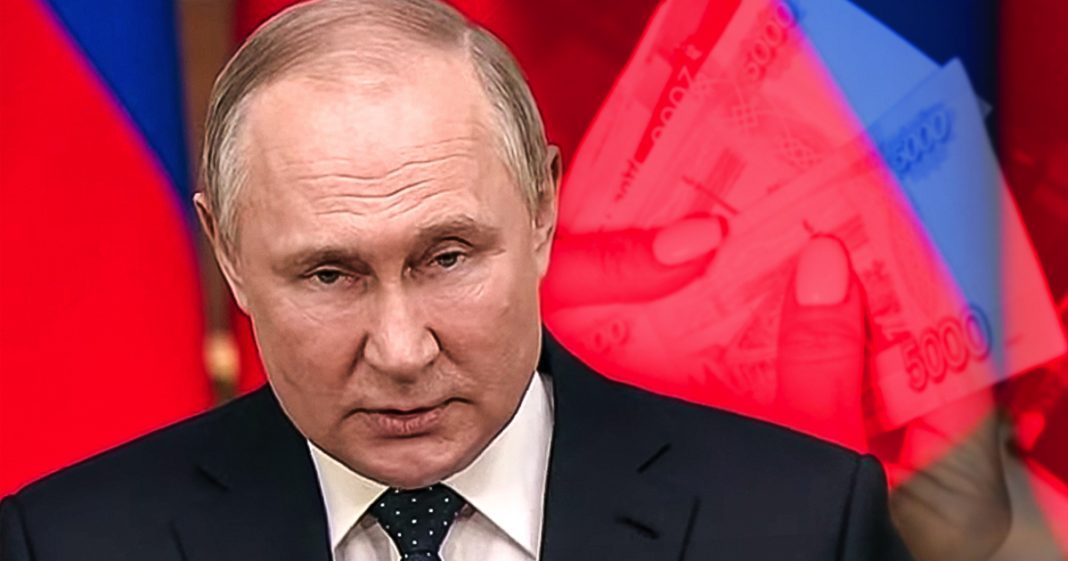 Some of Russia’s wealthiest citizens have been found dead since the start of the conflict with Ukraine, which could be a clear sign that Russia is still trying to punish dissent. Ring of Fire’s Farron Cousins joins me to talk about this story, and many others. Mike Papantonio & Farron Cousins discuss more.

Mike Papantonio:   Some of Russia’s wealthiest citizens have been found dead since the start of the conflict with Ukraine, could be a clear sign that Russia or some folks in Russia, aren’t happy with what Putin’s up to. Ring of Fires Farron Cousins joins me now to talk about this story and many others. As I look at the story, the things that jump out at me are this, there’s a division clear division among the oligarchs. There’s some oligarchs that are cooperating, everything they can do to help cooperate with sanctions. They’re not being sanctioned. Then there’s oligarchs that are being sanction. Their, their ability to live has been taken away from them, at least in their minds. Their yachts are, you know, houses, the yachts, the, you know, dozens of houses around the globe. But so these two oligarchs, well, actually it’s more than that. There’s what seven is it seven or eight in the last few weeks?

Mike Papantonio:   Yeah. So far that we know of.

Mike Papantonio:   So they’re, they’re, they’re being found dead, but with these two, for example, that it kind of tells the story, the entire family was found murdered and they’re trying to say it was murder suicide. One fellow was found hung. They said he hung himself, but he killed his family before he hung, hanged himself. So, I mean, if you’re looking at the story, you gotta, the question is, is Putin gonna be able to survive a war of the oligarchs? Or is Putin the one responsible for their deaths? That’s the big question.

Farron Cousins:       And when they go to these scenes and they see, oh, this oligarch a guy worth $500 million, just couldn’t take it anymore and he stabbed his wife and daughter to death then hung himself. But the local authorities, because this was not in Russia where it happened.

Mike Papantonio:   Spain. It was Spain.

Farron Cousins:       Right. And they say well, but he has no blood on him. How can he stab these people multiple times and not have a trace of blood anywhere on him?

Mike Papantonio:   Okay. The two suggestions that I’ve seen are both, both interesting. One is that it’s oligarchs versus oligarchs. If it’s oligarchs versus oligarchs then this guy Putin is absolutely in charge. He’s absolutely calling the shots because all of them came into their money by way of Putin. I mean, all of them came either through the KGB, the military, they came through the, the, the, the, the cold war structure, where they were literally given entire industries. Here, you take the energy industry, you take the precious metals industry. It was a gift. And so as you’re looking at it that gift’s falling apart for a lot of ’em, right?

Farron Cousins:       It, it, it really is. And of course, nobody in Russia has more power than Vladimir Putin. Unless you add up all of these oligarchs, those are the only people that could really spark some kind of change, to spark regime change.

Farron Cousins:       In their own country. So obviously, that is the threat that these individuals pose. So you could, like you said, it could be oligarch on oligarch. You could have some of them who say, listen, we’re gonna weather this. We’re gonna emerge on the other side okay. You over here, you’re making the situation worse. We need to, you need, it’s time for you to go.

Mike Papantonio:   There’s a second part of it that I, I don’t think you can have this discussion without, talking about the second part of it and that’s, that’s Putin’s health. Okay. If you see, I mean, the, the, the visuals, at least the optics we’re seeing now is it’s, it’s a beat down old man. He’s bloated looking, as he stands up his hands are trembling. He’s holding on, as he’s sitting, he’s literally holding onto the table to, to apparently steady himself. When he raises his hands, it looks like Parkinson’s disease. There, there, your, there’s a whole set of events that are taking place that lead you to believe, could it be Parkinson’s disease? The other part is cancer, thyroid cancer.

Mike Papantonio:   He’s being, they’re bringing in specialists. What he’s had half a dozen meetings with the best specialists in the world.

Farron Cousins:       Yeah. In, in just the last two years, dozens and dozens for, for people that are experts in thyroid cancer and various other illnesses, I think there’s been 35 visits he has had just in the last couple years. And, and of course the state maintains, everything’s great, everything’s wonderful. He’s, he’s perfectly fine. He may have, you know, residual pain from falling off a horse, you know, to 10 years ago, but that doesn’t do the things that we saw in that video last week.

Farron Cousins:       You know, he is, he is bloated. He can’t keep his feet still. His, his thumbs, even as he’s holding, you can see it trembling.

Farron Cousins:       That’s not normal. There, there’s something going on.

Mike Papantonio:   Well, people are looking at it saying the possibility of Parkinson’s disease is very high, which just adds to the problem. It’s, it’s like that other straw on the camel’s back, he’s, he’s not doing well in the Ukraine, this promise that he made to the Russian people is not bearing itself out. We’re gonna be in and out in a matter of two months, I think he said, it’s anything but that. You’ve got these folks that have supported his regime that are losing everything. It’s a tough time for, for Putin right now and whether he can weather or not is, your guess is as good as mine.

Farron Cousins:       Well, and if there’s a health issue in there and he says, well, listen, six months from now, this isn’t gonna be my problem. Then you’re looking at an even more dangerous individual that has nothing to lose.