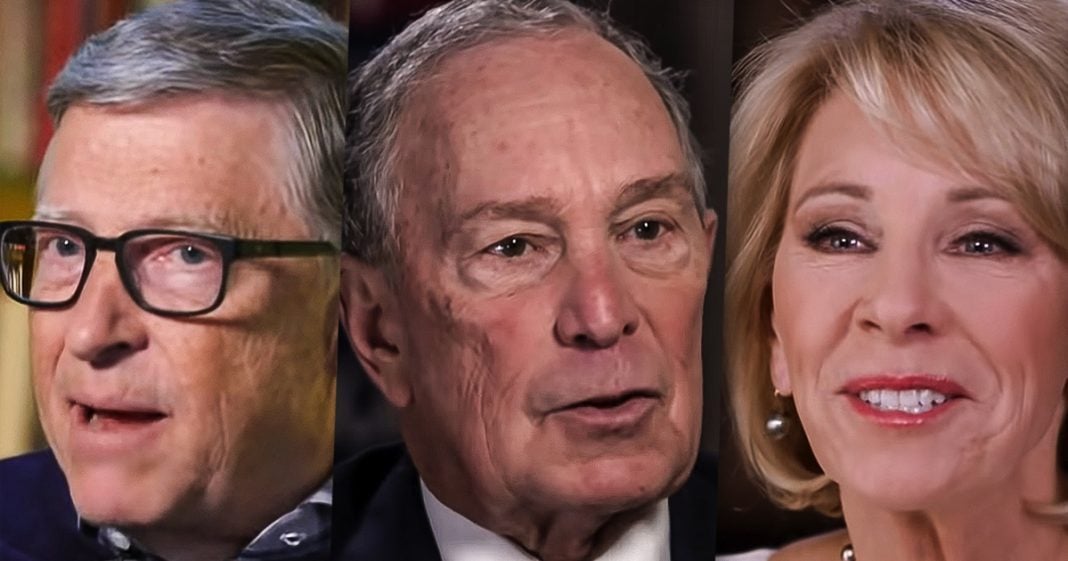 An analysis of IRS data has revealed that the wealthiest Americans are paying income tax rates far lower than working class Americans – and the usual suspects are the ones paying the least. Mike Papantonio & Farron Cousins discuss more.

Mike Papantonio:             An analysis of IRS data has revealed that the wealthiest Americans are paying income tax rates far lower than working class Americans and the usual suspects, well, they’re the ones paying the least. No surprise here. Great article done by ProPublica. I don’t know how they got the material. I mean, they, this is hard work to get this material, pick it up.

Farron Cousins:                  Yeah, absolutely and of course, you know, we’ve got all of these individuals. These are the top 400 wealthiest people in the United States. Many of them paying tax rates in the low teens or very high single digits.

Mike Papantonio:             Add to that, that these are the same people that have offshore banks.

Mike Papantonio:             These, this is money we never see, you understand. They offshore the money, a corporation offshores the money. And then we have to plead with them, oh, will you please bring your money back in from the Isle of Man? And they say, well, if you’ll negotiate with us and so they negotiate, the money comes back in only when the feds agree, well, we’re only gonna make you pay 5% on that money.

Farron Cousins:                  Well, it is, you know, and, and we discussed, because it was revealed a couple years ago that there is this building down there, I think in the Cayman islands, it’s just this building and there’s nothing but a bunch of PO boxes in there and in there are the PO boxes of some of the largest corporations and the wealthiest individuals because that’s their address. That’s, that’s where they officially live so they can avoid paying these taxes. It’s crazy.

Mike Papantonio:             You did, you did a story one time in the, in the trial lawyer magazine and the number was staggering. It was 400 billion dollars. Was, is that number correct?