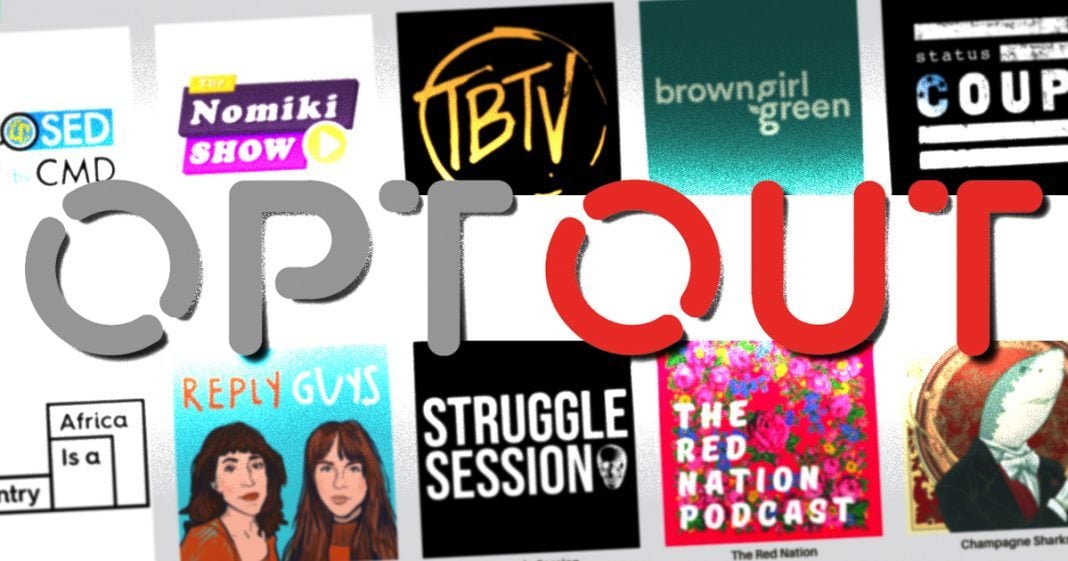 The narratives coming from the corporate media are only getting worse, and independent progressive media outlets are doing everything they can to fight back. But it can be hard to keep track of all of them. Investigative reporters Alex Kotch and Walker Bragman have put together the OptOut news service to help bring news that matters to consumers, and Ring of Fire’s Farron Cousins recently spoke with Kotch about why this is desperately needed in today’s media landscape.

Farron Cousins:                  Media is terrible. It’s hard to find good real stories. But you and Walker Bragman have created a project and I actually, I think I spoke to you about two years ago about this when it had just launched, and it’s come a very long way since then a lot of new members. And of course I’m talking about OptOut. So tell us about OptOut and where we’re at with it right now.

Alex Kotch:                            Yeah. Well, I’m so glad you brought that up and, and I’ll just say, first of all, that I’m lucky that I work for an organization, the Center for Media and Democracy that allows us, our small staff to take the time to do that deep digging that a lot of for-profit media companies don’t allow their reporters to do because of shareholder demands or sort of, you know, quick hit quotas and things like that. So, so I am, I am fortunate to, to be somewhere that allows us that time. And, and I think a lot of organizations also do that, but not enough. So what OptOut is, is a network of over 120 independent news outlets. So these are financially independent news outlets that don’t have financial entanglements with major corporations or advertisers that are uncompromising in their reporting and their analysis, and are trustworthy again because, you know, we have, we have looked through their reporting, but also because they’re not beholden to a corporate interest.

So, this includes outlets of course, like Ring of Fire. You’re one of the first video and, and radio outlets to join the network. And, and yes, you were also our first public interviews as far as I recall when we first announced the project and that was back in fall of 2020 when we put together a newsletter and, and started working with the, the progressive coders network. Which is a group of tech activists, who now, you know, working with us have created this, this highly sophisticated news app that aggregates content from, you know, video channels like yours, podcasts like yours and digital websites and magazines. And so, the app is curated, not only is it led by journalists like myself, but it’s actually curated by journalists too. So there’s no algorithms that are determining the content you see and order in which you see it, it’s actual individuals who are going through and selecting content that we think is most important of the day, multiple times, times a day we’re doing this.

And you also have the ability to create your own personal feed by following the news outlets and the journalists themselves that you like. So this really is kind of by journalists, with, with the, the health of the independent media community in mind. With the long term goal, of course, of, of educating the public and, and opening people’s eyes up more to the issues that really matter, like climate change, like labor rights, like women’s rights, like economic, social and racial justice. Things like that, that often the corporate and legacy media overlook, or kind of mischaracterize or don’t fully understand. And I think that it’s really important that people check out our app, and just see what you think. You know, there’s a lot, there’s a lot, you might like, there’s a lot that you might not. But, we can, we can tell you that, you know, these are vetted outlets that are fully independent, and that’s something that, you know, a, small outlets like mine like yours, you know, we, we need to band together in some way in order to sort of take on the dominant corporate media narrative that generally dictate our news cycle.

So we just launched the iOS version for Apple on iPhone and iPad a few weeks ago, you can find that OptOut news in the app store, and we’re getting ready to release the beta version of the Android. So we’ll have it for major phone operating systems.

Farron Cousins:                  And I’ve actually, I’ve, I’ve pulled the app up right here. And, and just right here, you know, off the top, you’ve got news outlets, you got translash, injustice watch, drilled, NC policy watch, the nomiki show, the real news, podside picnic, foreign exchanges, there’s Ring of Fire right there too, means morning news. I mean, the humanist report, it goes on and on, and, and I love it because these are all shows, these are outlets that I use, that I go to all the time, and I’m not trying to make this sound like a commercial or anything, but I think you really hit a good point there. There’s not a whole heck of a lot of unity, um, I guess you would say between all these outlets. I mean, we’re, for the most part, the people that are a part of, obviously we’re all very friendly with each other online, you know, we’re not attacking each other, but beyond that, there’s not a whole lot of crosspollination.

Um, there’s no, you know, we’re not getting together. We’re not working on projects together. And so this, even though it’s still not us necessarily working together, it’s nice to be all in one home to have everything right there. And hopefully it does lead to more of that, more of this, you know, crosspollination between everyone, you know, not so many people having to be out there, you know, I’ve gotta get the views, I’ve gotta get this story out before the other folks do. Comradery is something that is missing. It’s something the right, unfortunately has, they’re all on the same page and we need more of it here on the left. Not saying we have to agree on everything. Definitely not. But things like this that actually bring people together, that’s important and we need more of this and we need more people to support it as well.

Alex Kotch:                            Yeah. Yeah, absolutely. And, and, and I think, yeah, that’s exactly how we, we think. As you said, yeah, a lot of us are friendly, but our outlets may not work together that often. And I am starting to see a little bit of, of collaboration happen because of our network and, and we’re working to, to provide more networking opportunities for, for the outlets for the, the journalists, even for freelancers. You know, we, we think that independent media really is the most important side of the media world and certainly is, has, has the, the steepest hill to climb in terms of getting our news in front of the most people. And so, yeah, you know, we’re not gonna compete with CNN or Fox news or New York Times as, you know, atomized outlets. But if we kind of come together under one roof like this app, which purely aggregates content, we embed a web browser, we embed YouTube and we, we, we stream public podcasts.

So we’re not actually publishing anything. We’re just putting it all in, in one system that’s very sleek. It’s easy to use. There’s no creepy DMS, there’s no hot takes. It’s just, here’s the news, do what you want with it. You can post it on social and we encourage that. But, we just want kind of a clean experience. So you can open the app and maybe not have a wave of anxiety or start doom scrolling. You can read stuff, you can listen to stuff, you can watch stuff, you can actually read stuff while you’re watching stuff. And, and so, you know, we hope that this, this can kind of be the beginning of, of, of, you know, really a, a huge network, but also kind of a movement towards a diverse media ecosystem where people are getting the, the bigger picture of the news. And they’re not kind of, they’re not sort of forced to consume messaging that is coming from, you know, major corporate outlets.

Farron Cousins:                  And, you know, it’s a great way, too, for people to find new outlets that you may not otherwise have known existed. You know, I’ve actually been using Reddit politics for the last few years as a big source, just because it pulls things from places you, you wouldn’t ordinarily think to look, places honestly, I didn’t know existed. And now I go to them every day and this app is the same way. So hopefully it opens some people’s eyes. Again, it’s OptOut news in the iOS app store and Alex, tell everybody where they can find you, social media, whatever you’ve got.

Alex Kotch:                            Right. Yep. I’m just Alex Kotch. K O T C H, not Koch. Alex Kotch on Twitter and you can check out OptOut, just optout.news is our website. There’s a download link right there, and we, we have a list of all the outlets that are part of it right now. We have information about our charity because we actually are a nonprofit charity, as opposed to sort of for profit tech company and, you know, and, and I also, I publish a lot at exposedbycmd.org where you can find this report that we discussed. So, yeah. We’re also very open for feedback, user feedback, questions, comments, concerns. You can email us, email us at support@optout.news. Take our newsletter survey if you sign up for a newsletter, et cetera. So there’s a lot of ways to find us and just, Farron, thank you so much for having me on to talk about both the climate report and, and OptOut, of course.