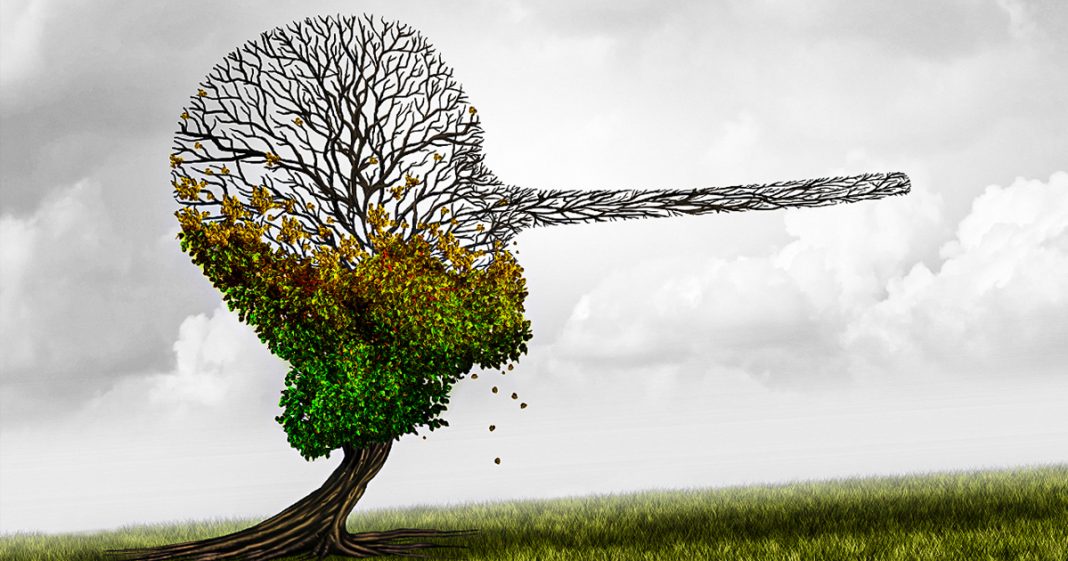 There is a dark web of money that funds climate change denial to the tune of millions of dollars every single year. This is what makes it so difficult to counter the narratives being put forth by the deniers, as there is no well-funded climate urgency fund helping those who are trying to push for change. But the web is hard to navigate and decipher, and Ring of Fire’s Farron Cousins recently spoke with investigative reporter Alex Kotch about what we know about the sources of this climate denial funding.

Farron Cousins:                  Climate change is likely the biggest threat that humanity as a whole currently faces and we’ve actually known about this for decades now, but unfortunately, fossil fuel industries have known about it for a little bit longer than the general public and that’s given them a leg up, I guess you could say, in terms of crafting the narratives around climate change. But they’re out alone. They’ve got lots of money pouring in, millions of dollars a year to fund misinformation. And I’m joined now by investigative reporter, Alex Kotch. He’s with Exposed by CMD and he’s also the co-founder of the OptOut app, which we will talk more about in just a little bit. But Alex, thank you for joining me. You’ve got a wonderful new report out, the dirty dozen about climate change denial and all the money flooding into this. So start at the top, man. This, this is a pretty big report that we, we’ve have here.

Alex Kotch:                            Yeah. Well, thanks so much for having me on and big fan of Ring of Fire. So yes, at the center for media and democracy, we published recently my report on the top or the dirty dozen nonprofit funders of climate misinformation. So as you said, you know, oil giants have for a long time been misinforming the public about climate change and it’s causes and it’s effects. But there’s also a lot of nonprofit groups which include right wing family foundations, ideological sort of funds and then also mainstream donor advised fund sponsors, which are essentially money managers connected to big, big investment firms like Fidelity and Vanguard, that are also funding these climate misinformation groups. So I, I looked at eight groups that are primarily in the business of climate misinformation. There are other groups that also do a lot of that, but do many other things as well. So I wanted to limit this by organizations like the Heartland Institute, the Competitive Enterprise Institute, the Property and Environmental research center. These are, you know, quite conservative think tanks that are mostly concerned with misinforming public about climate change and the environment and get funding from folks in the fossil food industry, such as Koch industry CEO, Charles Koch. And so I, I found a number of donors who have given millions of dollars from 2014 to 2020 to these climate misinformation organizations.

Farron Cousins:                  And, I, I believe it was the Heartland Institute that, that several years ago, actually many years ago at this point they were running the big billboards that had Charles Manson’s face on ’em that said, I still believe in climate change. Do you? I, I think that was Heartland, maybe I’m mistaken about that, but either way, that’s the kind of level of misinformation, not just trying to say that, oh, well, the science isn’t sure. But literally trying to say, if you believe in climate change, you’re, you’re like this murderer. I mean, that, that is some of the more extreme, you know, climate denial climate misinformation that we have seen within the last 10 years, but it certainly isn’t all of it and, and when we look at all of these scientific studies, hell, when we look at, you know, patterns right now with the Arctic or Antarctic, excuse me, 70 degrees on average warmer than usual right now, ice sheets breaking off. We see climate change. Okay. We, we don’t even really need more studies on this because we can open our doors and our windows and, oh my God, it’s here. And so their misinformation campaigns have been strong enough, unfortunately, to fight back what we see with our own eyes. And, and that to me is just absolutely astounding. We see the effects, we see these extreme weathering patterns, and yet this money has bought the loyalty of just enough people to make sure nothing ever happens in the United States to actually address these issues.

Alex Kotch:                            It is, it is remarkable that we are watching ourselves destroy the planet that we live on. And we have people with billions of dollars in their accounts who are funding misinformation to actually not only perpetuate this system that is dooming our planet and possibly our species, but are actually trying to make it worse, to accelerate climate change. One of the organizations I looked at was the CO2 coalition, which as you can, as you can tell is actually a pro carbon group. I’m actually telling you the truth. They say, they claim that more carbon is actually beneficial for the planet. I mean, this is how, how bonkers some of this misinformation and climate denial is. And then when, when Donald Trump became president, he brought in a top leader of the C02 coalition, William Happer, who is now currently back at C02 coalition as the chairman into his administrative.