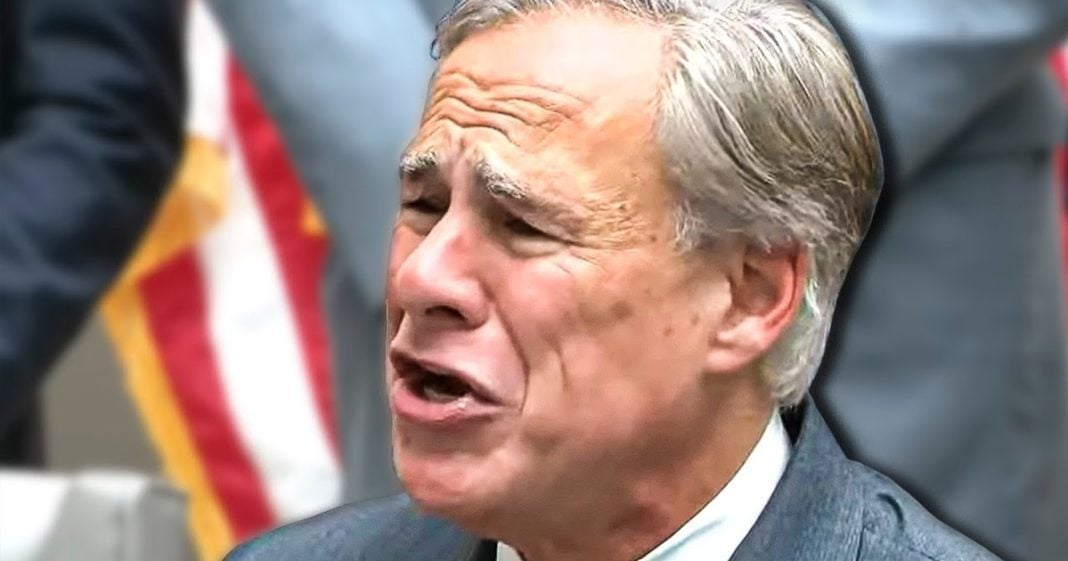 Republican-controlled state legislatures have decided to launch an all-out assault on the transgender community, specifically targeting children with their hate-filled bills. This assault is going to get people killed, and it feels like that’s the entire point of what they are doing right now. Ring of Fire’s Farron Cousins talks with Twitch streamer Tiffany Starr about what’s happening.

Farron Cousins:                  Right now Republican controlled states have decided to launch an all out war on the LGBTQ community passing legislation, state by state, criminalizing treatment for transgender youth, among many other things. I am joined now with Twitch streamer, Tiffany Starr. Tiffany, you have been a very outspoken voice for transgender rights, for the entire LGBTQ community. I appreciate you joining me today because this is an issue I fear that is getting too overlooked by one, the, the main corporate media and two, by a lot of folks on the left. We see people mention it in passing, but my God, this is such a serious, devastating issue happening here that, that we have to have these discussions and we have to have them more frequently. So thank you for joining me. What’s, what’s your immediate thoughts on this? Just kind of in general, what’s happening.

Tiffany Starr:                         I mean, unfortunately it only gonna get worse. Like conservatives, conservatives have always kind of pushed down on marginalized communities. I remember back in the day they did it to black people, they did it to immigrants. They still do it today as well. They did it to lesbians and gays. And now I guess we’re the flavor of the month, because we are just getting, or maybe flavor of the year, because we are just getting bombarded by various states that just want to destroy our lives, even though our lives are already hard enough. Like we’re one of the most marginalized communities in the marginalized communities, you know. So we’re an easy target and like you said, we’re not getting as much press and I feel that might be one of the reasons why they think they can get away with what they’re doing. It’s, it’s going to hurt people. It’s already has hurt people. And there’s just so many bills that, I think there’s at least, like 260 bills that are trying to be passed right now, state, Countrywide, and half of those have to do with trans women in sports. So it’s, it’s getting crazy.

Farron Cousins:                  And, and, and it, it’s so pathetic that they’re going this route too, because this isn’t a problem. I mean, it’s only a problem just because you say it’s a problem, which means it doesn’t exist in the real world. Okay. I’m here in the state of Florida, which of course has decided to become one of the most oppressive states in the country. We’re in a competition, I guess, with Texas to see who can take away more people’s rights and we’ll get to Texas in a moment. But here in Florida, we have this so-called, don’t say gay bill, which means that teachers, administrators, counselors at schools, you can’t talk to children of any age, you know, K through 12 about gender identity, about homosexuality, sexual preference, things like that. Things that, especially once you do hit the middle school, the high school age, you have children struggling with this because they’re starting to realize who they are and they need somebody trusted to talk to, which a lot of times is a teacher or a guidance counselor. And the state of Florida’s trying to take that away from them and saying, no, if you talk to the, if the teacher talks to them about this, you’re a criminal now teacher and, and we’re gonna come after you. That’s how oppressive things are right now in Florida.

Tiffany Starr:                         This is, this is only gonna get worse. Like the suicide rate among trans people’s already really high. I think it’s at like 41% or something along those lines. And if they have no one to talk to, because a lot of trans people, especially trans kids, they can’t even talk to their parents about this. They’re worried that they won’t be accepted or they’ll be shunned or something worse and they can talk like some of them talk to their students or teachers. I know that a lot of schools have LGBT afterschool programs or people to help support programs. And it seems like they’re just trying to take all that away and just leave them in the dark. What are they meant to do if they have no support? There’s studies that show that if trans women get accepted socially, even if it’s just by their parents, it can reduce their suicide rate by over half.

And the fact that they’re just trying to take that away. It, it’s, they’re literally just trying to harm us and what for, political gain. I’m, I’m assuming if, if I like, I feel like all these bills in some way are politically motivated. I mean, Ron DeSantis and the Florida House of Representatives have been hammering against LGBQ rights for years. Last year they passed the, the anti-trans youth sports ban. They passed the ridiculously named, stay woke act, censoring speech about race and gender. And now they just passed the don’t say gay bill, like you mentioned, forcing teachers to not discuss or educate people on LGBT issues or people.