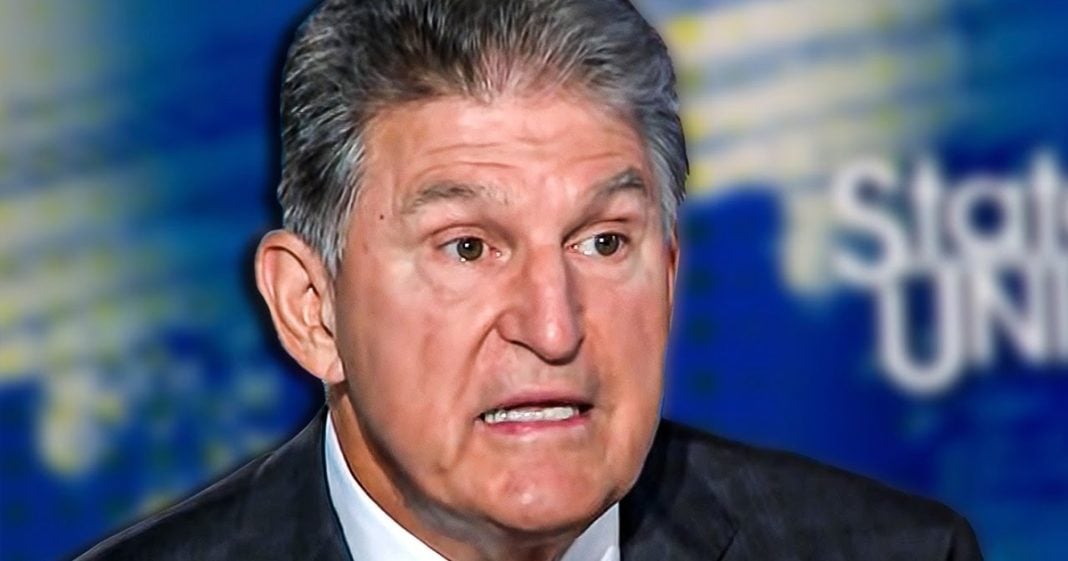 When the child tax credit payments expired at the beginning of the year, millions of children in the country were immediately thrust back into poverty after having temporary relief. Poverty is a policy choice, without question, and we proved that we can change that with minimal effort. Ring of Fire’s Farron Cousins talks with Jacobin staff writer Luke Savage about the problem and the possible solutions.

Farron Cousins:                  The expiration of the child tax credits earlier this year immediately plunged millions of people, including millions of children, back into poverty. People that had been lifted out suddenly found themselves right back into this system. And one of the problems with this is that it shows us that to a degree, poverty in the United States is in fact, a policy choice. Joining me now to talk about this is Jacobin staff writer, and author of the new book, the Dead Center, Luke Savage. Luke, thank you for joining me today.

Farron Cousins:                  So you’ve got a great new piece out where you talk about this concept, that poverty is in fact, a policy choice and based on the data we’re seeing that is crystal clear right now. You know, this, this isn’t just some hypothesis that, oh, we could abolish poverty. No, we, we kind of did it to a degree. If we had done more, we could have abolished more. So tell us about this.

Luke Savage:                        Right. So, I mean, as you said, the data makes this really crystal clear. There’s recently published research from the center on poverty and social policy, which is based at Columbia University and what it, what it found is very straightforward, which is that from December to January, so December, 2021 to January of this year, America’s monthly rate of child poverty spiked from 12.1% in December to 17% in January, which is incidentally the highest rate that’s been measured by the center since the end of 2020. So that jump accounts for a about 3.7 million children who have reentered poverty, because of the expiration of the child tax credit. And I guess just to kind of lay out a little bit, what that was for people who don’t know, basically, throughout COVID or throughout part of COVID in, you know, in, in, in the Biden era, there was this, you know, this tax credit, which sent payments worth $250 a month per child, for children ages six to 17, and then $300 a month for children younger than six. And then was phased out once you got into kind of higher income, higher income brackets.

So this went out every single month. And, you know, we don’t just have data from December through January. The, the center at Columbia University has been measuring child poverty throughout the life of this program. And, you know, what they, what they found is that each month, millions of children were kept out of poverty as a direct result of this program. And of course there are all kinds of, you know, corollaries to being out of poverty, right? You’re probably less likely to be hungry. You know, you’re less likely to live in a household where, you know, your parents are struggling to pay the rent or pay the mortgage. So, the, the data on this is, is very clear. And the, and, and with just the expiration of the program, because it was allowed to, was allowed to expire the, you know, there were attempts to extend it. But, the Democratic party as it’s kind of spent much the past year doing, argued with itself and, you know, defeated or at least a few senators helped defeat this, this really important initiative, which I think is, is, is one of the, the, the most positive things to come outta the Biden administration in what has been a, a many ways, a pretty kind of uneventful first year.

Farron Cousins:                  Yeah. I, I mean, look full disclosure here. I, I’ve got three kids between those ages. I was getting $750 per month, and, and it was hugely beneficial, you know, able to go out and, and get all new cloths for the kids as the seasons were changing, which is always, excuse me, a, a hassle when you, when you have that many children. So it was a huge boon. And, and, and I know, you know, I, I’m not in the poverty level, but for all levels of people, this money made a, a massive difference. And then suddenly as you point out, because of this obstruction from people like Joe Manchin, and we’ll get more into what he wanted to do to this before he just officially killed Build Back Better, it made a difference. You know, it, it, it gave people freedom. It gave them a little bit of financial freedom, which is something that I think people on the upper end of the spectrum take for granted. You know, being able to take your car in, oh my gosh, I need new tires.

Well, that’s a massive expense for people. This money is, okay, we can do that. We can actually fix the car. We can go out to dinner every now and then, which again, something people really do take for granted that adds up for these people living in poverty. They, they can’t go and say, you know what, let’s, let’s go to Chili’s tonight. I mean, really, I, I’m not exaggerating that. I’ve been in that situation plenty of times in my life.