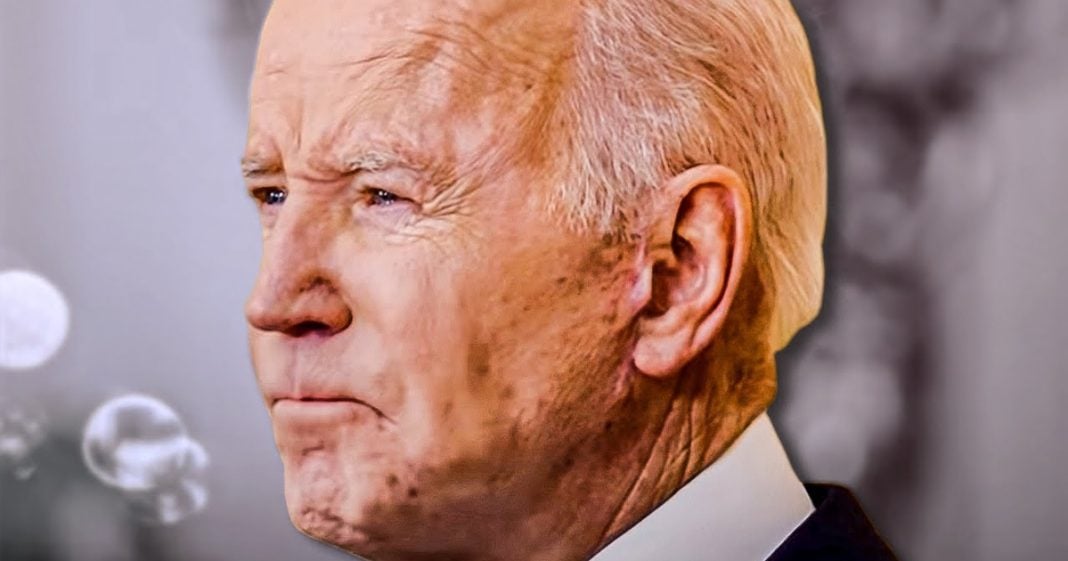 Inflation is taking a huge toll on Americans, and corporate profiteers are making the problem worse by inflating prices even further to pad their own pockets. As usual, Republicans are busy blaming all of these problems on President Biden and turning a blind eye to the abuses by these corporations. Ring of Fire’s Farron Cousins talks with author and Nation Magazine correspondent John Nichols about what’s happening.

Farron Cousins:                  Inflation concerns basically impact everybody in the United States right now. Some of us are obviously concerned about the fact that we can’t afford what we could afford just a year ago, but others are concerned that maybe their profits aren’t benefiting enough from this crisis. And joining me now to talk about what is happening is author, Nation magazine correspondent, John Nichols, John, lovely to have you back on Ring of Fire. Obviously over the years, you’ve been one of our go-to people because you’re just always on top of everything. So, so thank you for joining me again today.

Farron Cousins:                  Yeah, absolutely. And, and obviously, you know, so many things happening in the world this week, but I do, I want to talk because one, you’ve got a great new book out, but two, you had a wonderful article come out of the Nation this week where you talked about these, essentially these inflation profiteers, I guess we, we could call them because yes, we’ve got horrible inflation right now, but this problem is being capitalized upon by these major corporations that use this as an excuse to just ramp up their prices for, for no other reason than just pure unadulterated greed. Right?

John Nichols:                       That’s exactly right. And I think the best way to understand inflation is that it’s complicated. It always is. And so if somebody says, oh, I’ve got a simple answer for you for why this is occurring, you know, pause and step back, there’s, there’s gonna be more to it. And, as I write about in the book, look, there’s, there are supply chain challenges that go back to the Trump administration. And, you know, when Donald Trump put Jared Kushner in charge of the supply chain, as regards to COVID supplies that was disastrous. And so you can point fingers of blame there. That’s appropriate. You can also, you know, look at the reality of, of, we’ve just been through an incredibly traumatic moment with the pandemic. We’ve got huge new challenges coming as regards, you know, Russia, Ukraine, the international, all the international issues.

So we keep piling it up. But one of the important things to do is to pause in the midst of that and not get lost. Don’t, don’t accept so many complex explanations that we miss the one core reality, and that is we have a lot of inflation right now. We’re up, prices up around 7.5% from in the year from January, 2021 to January, 2022. And at the same time we have record corporate profits. And again, and again, what we see is multi-national corporations and announcing record profits and on the same day, announcing that they’re raising their prices. So this is something to understand. They are not raising their prices to get by. They are not raising their prices to deal with increased costs, per se. Many of these companies making record profits are increasing their prices because they have a monopoly situation. They’re in a circumstance where they can increase those prices and they’re doing it at tremendous cost, to working class Americans and frankly to the economy itself.

Farron Cousins:                  And, you know, the, the beauty of this for a CEO, right? And, and they’re actually on the record admitting that they do this. When you have, you know, this such rapid inflation, like what we see right now prices obviously go up astronomically. So they tack on their additional increases that go straight into, you know, the corporate pockets. So that way when inflation slows prices do drop a little bit, but they’re not gonna hit back to that original point, but people will be happy that the prices have gone down a little bit, not realizing that it would go down even more had it not been for the artificial inflation placed upon it by the corporation. So, it’s a win-win for them because people are, oh, good milk is, you know, $3.50 instead of $4 a gallon. Well, really it ought to be like $3.25. You’re still paying that extra quarter that you weren’t paying a year ago, but you’ve already forgotten that and that extra quarter’s just going into somebody’s pocket.

John Nichols:                       I think that’s exactly right. And then let’s put one other element into the mix here, which is, I think really important. Again, something I’ve been looking at a lot, both in the book and in a lot of recent articles is that during the pandemic it was an emergency situation and it still is, by the way, I don’t, I’m not in the camp that says the pandemic is done. I think we have lingering challenges and we’re just one variant away from, you know, finding ourselves back in some pretty difficult circumstances. And so, but as the pandemic was at its peak, a lot of us learned that you’re just gonna have to spend what it costs to do things, right? It wasn’t that people were spending wildly. It was that people, you know, recognized that it was just more difficult. Things were more complicated.John Nichols:     Some prices did go up a lot. People started to pay for delivery of things that they in the past would’ve gone and picked up themselves, et cetera, cetera, et cetera.