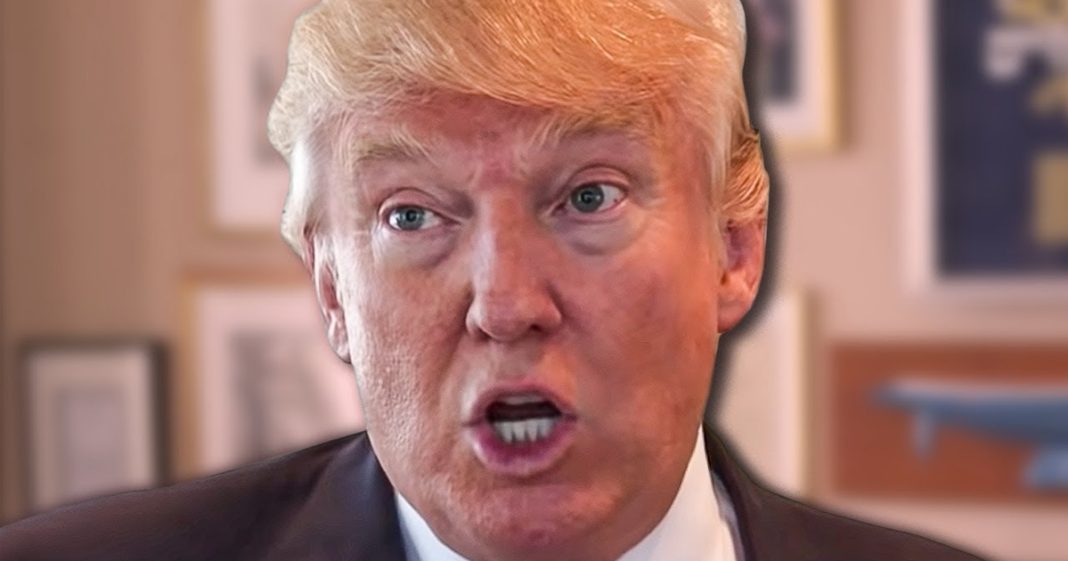 Even with the resignation of two New York prosecutors this week due to a lack of action from the DA’s office, Donald Trump’s legal problems aren’t going away. He is facing serious lawsuits in Washington, D.C., and ongoing investigations in both Fulton County, Georgia and the state of New York (and many more in DC, as well.) Ring of Fire’s Farron Cousins talks with author Cliff Schecter about how the recent setback doesn’t mean Trump is in the clear.

Farron Cousins:                  In, in the last, what was it probably 13 days, okay. Four major, you know, legal, I guess you would call them defeats for Donald Trump. First, he gets dumped by Mazars. As the Mazars news is breaking, the judge in DC says that the Trump kids are getting added back into the lawsuit. Then of course, later in the week, you got the judge in New York that says, hey, guess what? You all have to go and sit down with the investigators. And then of course the Supreme Court telling Donald Trump officially, you don’t get executive privilege anymore. So.

Farron Cousins:                  So yeah. So, so you got, you know, four very big developing stories that even, you know, I, I try to remain skeptical and not get optimistic, but even after seeing all that, I was like, oh man, things are moving forward fast. And then of course, Wednesday afternoon, the bomb drops, not just in Ukraine, but it dropped from the prosecutors in New York who abruptly resigned because apparent, yeah, because apparently, Alvin Bragg, the new DA, they don’t think he’s taking this seriously and, and pretty much acting like he doesn’t want this thing to go any further. They haven’t interviewed anybody in front of the grand wit, jury in over a month and they say this, he’s, he’s stalled us out, basically. To distill what they said, he stalled us out with this investigation.

Farron Cousins:                  So, that’s a pretty horrible development after pretty much a week of great news. You know, maybe there’s accountability, only to find that, oh wow, this big investigation has effectively crapped out.

Cliff Schecter:                      Yeah, I don’t, I don’t know what he thinks he’s doing. And again, you know, this stuff should be done because it’s right. You know, it should be done because we believe in the rule of law, because we believe in our constitution, we believe in democracy and fair play and all of this. Sadly, there are a lot of other reasons things happen in the real world. Sometimes the right things happen for the wrong reasons. And I would’ve thought Bragg wanting to keep support from New York city, from Democrats, from whoever in the city that is overwhelming Democratic, would realize that that’s his political obituary if he does that. Apparently he, he’s too stupid to get that. Luckily we’ve been, we’ve been watching the attorney general in New York who we know has higher aspirations to run for governor and other things, who has been on this aggressive, out there talking, all the stuff that I wish Merrick Garland were doing more of. She’s been out there and doing this. And the truth is again, you know, any one of these investigations can destroy these, these, the Trump family and put ’em away for life.

Cliff Schecter:                      And so the fact that we have Letitia James, you know, at least, I don’t know what the hell’s wrong with Alvin Bragg. We should be calling him out constantly and making sure that, that he’s replaced as soon as possible. But I will say the reason why I’ve never felt fully confident in Merrick Garland either, you know, I, that, that what I felt confident in is the New York AGs office. And so that is where I’m still kind of, you know, and, and a little side one, that investigation going on in Atlanta, in Fulton county.

Cliff Schecter:                      You know, that also seems to be an aggressive one and one where, where, again, Democrats, by parochial politics, you wanna win a democratic primary, letting Trump off the hook is not a good way to do that. Making sure you’re a hero in a democratic primary would be prosecuting Donald Trump. And so again, I wish I, I, I want it to happen for the right reasons. And I’d like to believe that Letitia James is doing it for the right reasons also. But even if she’s doing it for the wrong reasons, to make sure that, that she’s un, you know, she cannot be defeated in a primary for governor in four years. Fine. I’ll take whatever I can get at this point. So I’m at Bragg, but I still do think we’re, I still think we’ve got a great chance at justice. I don’t let myself get over confident just the way you said you don’t. And I, I think that because of the fact that, that she’s sitting there in the AGs office.

Farron Cousins:                  Well, and, and it’s hard to not, I know, look, everybody’s innocent until proven guilty. Right. But Mazars came out or the news of Mazars came out last week where they said, listen, everything he’s given us for at least the last 10 years is.

Farron Cousins:                  So it’s very difficult to think that, okay, if you’re investigating for bank fraud and tax fraud, the group that is preparing his financial statements says, yeah, these, eh, these are not reliable. That’s, you know, their words, not reliable. I mean, that, that’s like.