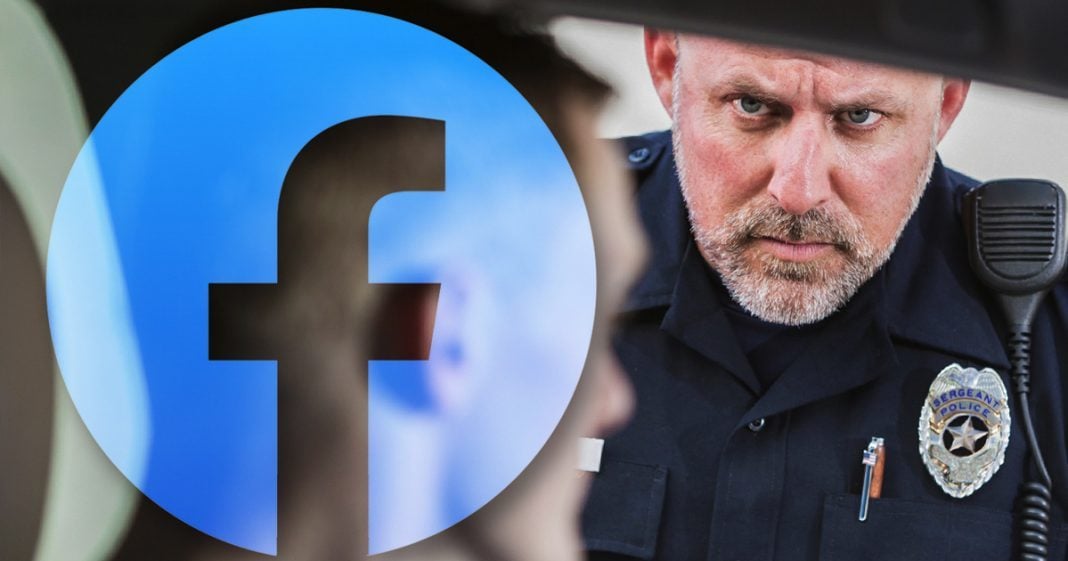 Mike Papantonio:             A new report says that the police officers in a small Alabama town are patrolling social media posts and punishing people who’ve been critical of the police force. Couldn’t make this story up, right? At Alabama. So this, this is crazy. The, the truth is these, these are folks that are being targeted because they’ve gone on Facebook or some social media and they’ve said the police chief Mike Jones is an idiot and he is. The guy is an idiot. Okay. So take it from there.

Farron Cousins:                  Right. And, and, and they get pulled over, you know, usually minor offenses, not necessarily speeding, but the cop will come up and say, hey, you ran that stop sign. And of course they say, well, no I didn’t. But then the cop starts telling them and of course, several people have said this on the record here, the cop says, listen, the chief’s not happy with what you put on Facebook. I mean, literally saying that to these people they have pulled over and sometimes saying, you have to stop doing that or else next time it’s gonna be worse than a ticket.

Mike Papantonio:             Okay. Let’s, let’s lay it out. They’re sitting in their car, they’ve have been stopped. They didn’t run the stop, they didn’t run the stop sign and oh, by the way, they don’t stop people who have two people in the car. Very interesting. All of these people are driving by themselves. They, they’ve, they’re, they’re accused of running a stop sign. They haven’t. But the reason they’re stopped is because there’s, there’s a, there’s a tag check and they say, oh, this is Mr. Smith who called Mr. Jones, our police chief, an idiot, because he’s an idiot. And what his game is to raise money through the police department for the city or the county because he wants to run for other politics. So I’m gonna use ticketing as a way to raise money and I’m gonna look like, gonna look like a hero. So you’re sitting in your car, police officer says, roll down your window. And then says, you know, this is a quote, police, the chief’s pretty upset about what you posted on Facebook and if you do it again, it’s gonna be a lot worse. I mean, this is crazy talk.

Farron Cousins:                  Well, and there was one woman who, you know, had, had issues with the police because she had gotten a ticket. So she criticized them online. But then at one point she posted on there because she saw a speed trap.

Farron Cousins:                  Well the police then call her later on and say, you need to come down to the station. She says, I’m not gonna do it. But then they say, okay, well we’ve got two warrants for you for inciting a riot, inciting a riot.

Mike Papantonio:             I thought, I thought it was, did you see the part in the story where they say that one of the police officers shows up with an insignia, valknut insignia, insignia, which is Viking, but you see that used with white supremacists. Okay. So he stopped him and the cat in the car is going, whoa, I’ve seen that before. Let me get outta here. The point is here’s, here’s the scenario. They, they’re always accused of running a stop sign. They’re always alone. They have, they put a complaint on Facebook. They’re, they, they’re stopped by a third world quality, KKK quality police officer. Maybe he’s got a white supremacist insignia, I don’t know, but at least there’s a couple of stories where they say that and then they’re stopped and threatened that if you don’t treat Mike Jones, our police chief better, you’re in big trouble. I couldn’t make this story up, man. I couldn’t make it up.