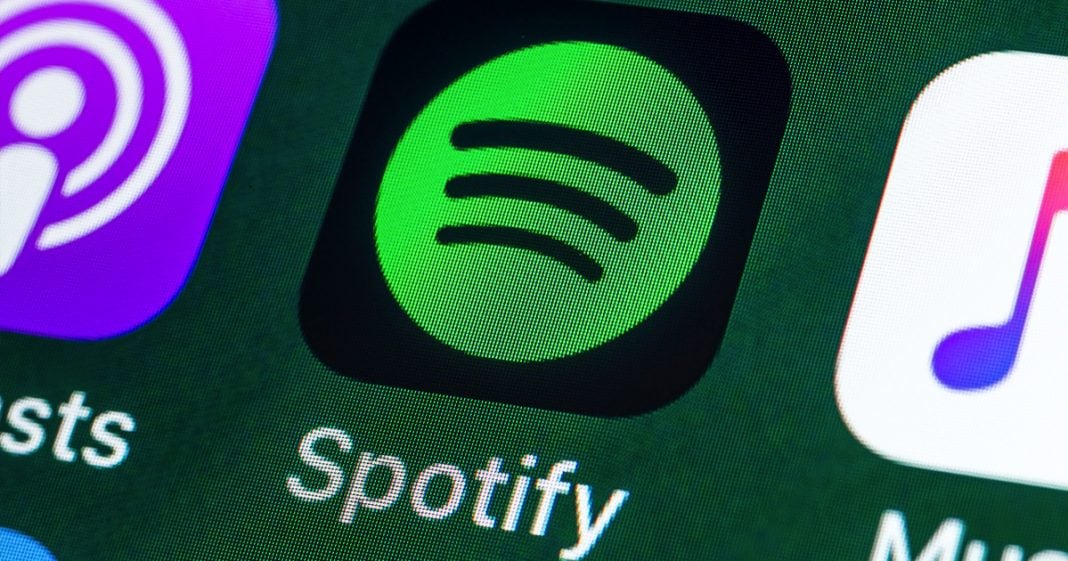 Via America’s Lawyer: Spotify takes center stage in the debate between censorship and free speech after Joe Rogan was accused of spreading COVID-19 misinformation with his popular podcast, spurring major artists to pull their music from the platform. Mike Papantonio & Farron Cousins discuss more.

Mike Papantonio:             Spotify has announced new warning labels for certain programs following the dust up over Joe Rogan’s popular podcast. I saw this, you know, Neil Young, Joni Mitchell, two of my, great writers. But I’m, I’m old, you know, and so what most of what they wrote just it’s, it’s, it’s kind of jurassic at this point, isn’t it? I mean, it’s dusty. Most 19 year olds, they don’t even know who these two people are. And you wonder, and, and, and by the way, I’m fans of both of ’em.

Mike Papantonio:             But at sometime, isn’t it the same thing with celebrity America, that’s jumping into the middle of the fight? And I think that the backlash on this has already been, you know, shut up. You know, let, let people do what they need to do. Let the system work as it, as it’s supposed to work. But right now I don’t know that it’s having much impact. I mean, maybe you disagree with that.

Farron Cousins:                  But does it actually impact them with Neil Young leaving the station? Joni Mitchell? I, I, I don’t think that really has any impact. I think what Spotify wanted to do was immediately put everything to rest, put the big controversy behind them and move forward. So basically they can continue to screw over the regular musicians on the channel.

Farron Cousins:                  Who basically get dollars for hundreds and hundreds of thousands of streams each month because, you know, really that’s what Spotify’s in the business of.

Mike Papantonio:             There’s always new music that’s gonna move in. Okay. Is Joni Mitchell and, you know, Neil Young say, well we’re outta here. There’s always new music gonna move in. And so what I, what I do love about this is, you know, the they’re distinguishing themselves from kind of the Huffpost notion of politically correct on everything. At some point there has to be a transition. You can’t have the cancel culture just gobbling up everything, everything across the board, media, music, you simply can’t allow that. And that’s what’s happening here again. Whether, you know, I think it’s irrelevant whether I like Joni Mitchell or Neil Young, I do. But at some point you wanna just say really? Just, cancel culture is outta control now and I hope Spotify will make a point of that. What do you think they’ll do?

Farron Cousins:                  Well, I, I think they’ve pretty much done everything they’re willing to do. I, I don’t think they’re gonna make any more adjustments to anything, but, you know, some of the folks that Rogan has had on his program, you know, are, are promoting things that have basically been debunked by the scientific community.

Farron Cousins:                  So, and, and you and I both agree, obviously that misinformation is not good. So the question I have now is what responsibility does Rogan have to the audience? Obviously, you know, there’s legally, you know, you, you can’t sue him for having these people on. But at some point he has to understand I’ve got the biggest podcast audience on the planet. Do I owe it to the people?

Mike Papantonio:             Farron, you have guests that have different opinions. Now, if you really look at it, he didn’t say this, his guest did, he didn’t argue with it. But the point is, at what point do we stop being saying, well, we’re gonna listen to all the ideas? It’s kind of that Huffpost mentality. They’re not curious anymore. They don’t want to hear another side anymore. It’s almost like they don’t even understand the significance of the first amendment. It’s like they never took, like they never took a civics class in, in school. They’re not able to think critically. That’s this gaggle of people that want to absolutely cancel everything. And I, I got big problems with that, man. And I think the American public is developing the same attitude.

Farron Cousins:                  Well, well, see Rogan, you know, go back a year ago was doing that. You know, most of the time he’d have on a Republican, they would get to talk and share their ideas. He’d have on a, a, a progressive they’d do the same. But when it comes to this misinformation that we see regarding the pandemic.

Mike Papantonio:             You don’t have an opinion about whether this is good or that, I mean, that’s what science is. It says, these are the things that work. These are things that don’t work. I got problems though, with this, with this angst that this PC, this, this politically correct culture, this cancel culture has with everything that’s said out there. And I think there’s a real big backlash getting ready to take place right now.