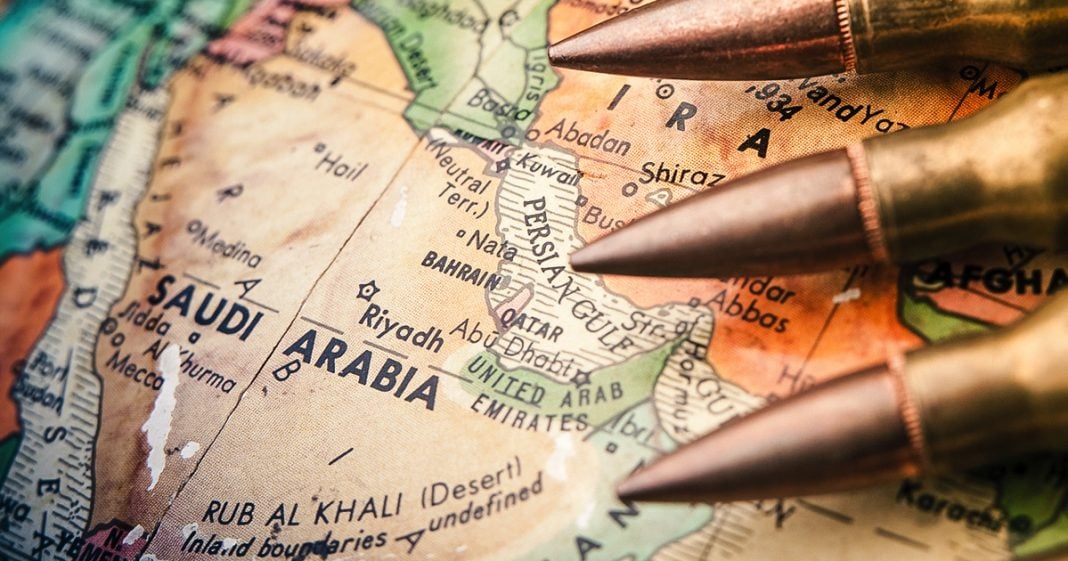 Via America’s Lawyer: Back in 2019, a deadly terrorist attack at a FL naval base claimed the lives of three service members and injured multiple others. Mike Papantonio is joined by attorney Chris Paulos to explain how families of those victims are suing Saudi Arabia, alleging the Kingdom ignored multiple red flags and ultimately did nothing to stop the attack.

Mike Papantonio:             Back in 2019, a deadly terrorist attack right here in Pensacola claimed the lives of three service members and injured multiple others. Families of those victims are suing Saudi Arabia, alleging that the kingdom ignored multiple red flags and ultimately did nothing to stop the attack, which is all true. Attorney Chris Paulos joins me now to update me about the ongoing litigation. Tell us where we are with this.

Mike Papantonio:             Okay. So, so the, the complaint, the notice, the complaint is that we allowed a terrorist knowing that he was a terrorist, be trained right here at our, at our training facility to learn how to fly the most sophisticated jets we have. He has people who are also right on the edge of being terrorists with him. We have an entire class of terrorists being trained right here at the US facility to fly our most sophisticated program. And we’re doing that, my understanding is, because we’re selling so many arms to the Saudis that we have to do that. That’s one of the trade offs, right?

Chris Paulos:                        Absolutely. That’s why they’re here is because of the billions and billions of dollars of, of Saudi money that have been poured into the, the military industrial complex here in the United States.

Chris Paulos:                        Well it, you know, obviously, second Lieutenant Alshamrani murdered and injured many people at NAS. The other members of his class that were there that had an idea of what he was up to, what he was planning and could have reported his odd behavior that was percolating for years and years over there at NAS, did not report it. They were all extracted right out of our country within 48 hours of the attack happening. They were deemed to have had extremist material on their phones. They’re not facing criminal.

Chris Paulos:                        Anti-American, anti-Israel type stuff on their phones. Things that they deemed were unbecoming of officers in the, in the Saudi air force. They’re gone, they’re not being criminally prosecuted and now our state department has given Saudi Arabia basically 12 months to mount it’s defense before we can even get them into a courtroom to, to fight with them.

Mike Papantonio:             It’s, it’s ex, it’s extremely accurate. You did all the research. We know that A, the Saudi government knew exactly what was transpiring when they sent these folks over there. Now, one, one important point, other than the shooter that killed three servicemen and injured others, the other folks were out in the street filming it. Okay. Either they’re filming it or they’re just standing back because they know it’s getting ready to happen. They call in sick the day that it’s supposed to happen. But nevertheless, Saudi Arabia says, oh, we didn’t know anything about this. The tension is between, the Saudi prince is terrified that the, the radical clerics are going to cause all kinds of unrest in Saudi Arabia. So this is one way. They like a wink and a nod isn’t it? We’re gonna let your Saud, your, your terrorists go wherever they want.

Mike Papantonio:             Yeah. Send terrorists to the United States to be trained how to fly the most military, sophisticated military equipment. Kill as many Americans as you can, kill as many soldiers you can and we let ’em get away with it. And, and probably it’s gonna continue for quite sometime, isn’t it?