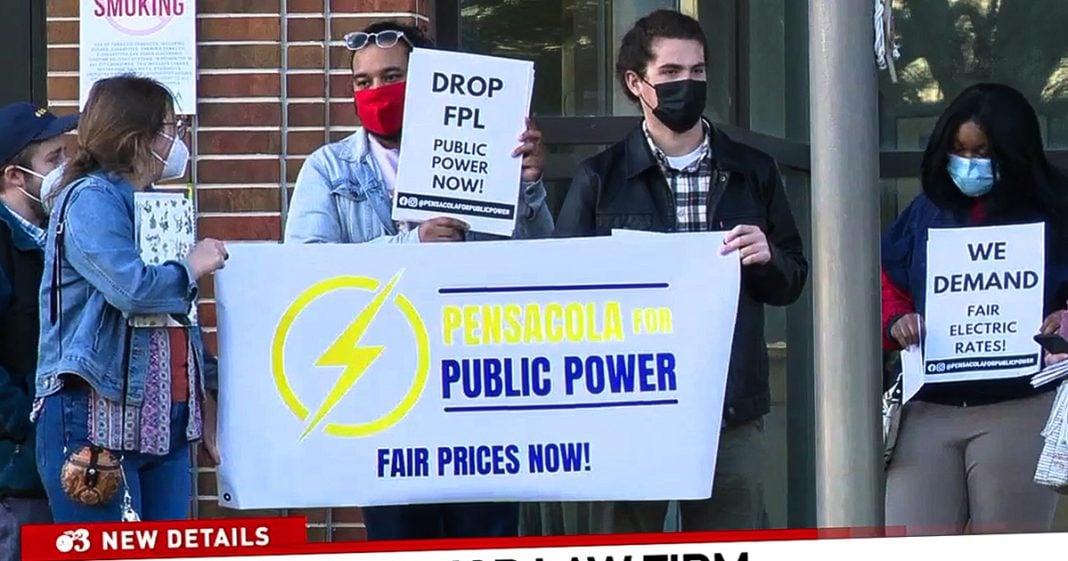 Via WEAR-TV: A Pensacola law firm is taking on the fight against utility rate increases in Northwest Florida. Levin Papantonio Rafferty launched a public effort against the Florida Public Service Commission decision that allowed it — starting with a letter.

Olivia Iverson:                     This letter sent to the Florida public service commission is the beginning of law firm Levin Papantonio Rafferty’s public campaign on behalf of FBL customers. Bottom line, they can’t and likely won’t sue at this point, but they hope to educate the community on how their rates ended up this way and hopefully encourage other state leaders to consider changing it. Online petitions signed by thousands, public outcry.

Olivia Iverson:                     And even calls and messages into our newsroom. All Florida power and light customers, reporting bills jumping hundreds of dollars.

Olivia Iverson:                     Nationally renowned trial lawyer, Mike Papantonio launched a public effort this week to find out. Their firm too received messages and calls asking them to sue governor DeSantis and the public service commission. He knows that’s not necessarily an option and instead sent this letter to the PSC. It says, quote, please consider this your first wake up notice from us. It threatens to expose quote, how the public service commission and the governor allowed these energy corporation bandits to pillage North Florida. The commission responded to his request, defending the process that allowed the right increase. Their regulatory program administrator told the firm they quote, conducted 12 virtual service hearings in June and July to allow feedback from FP and L and Gulf Power customers. Papantonio doesn’t believe it was ever in the interest of the consumer.

Mike Papantonio:             Really? Mom and pop shows up at a hearing unrepresented, no experts, no way to cross examine the material that they’re throwing in front of this public service commission.

Olivia Iverson:                     The public service commission sent me this statement disagreeing with Papantonio. They say in part, the office of public counsel represented utility customers and quote, negotiated and supported the agreement terms. The VSC did say the agreement was appealed and is under litigation. Florida power and light argues the rates will drop off over four years. But Papantonio believes the commission shouldn’t have allowed them to front load the rate change, adding customers are struggling now. He says what some customers face is a struggle he knows personally.

Mike Papantonio:             I, I was raised in an environment where electricity was turned off. It’s a big deal when you come home and there aren’t any light it’s on, or you can’t, you can’t cook that night.

Mike Papantonio:             People need to take all of these human factors into account and that’s what I don’t think, I don’t think anybody’s done that here, but we’re going to.

Olivia Iverson:                     I also reached out to governor DeSantis’ office, his team did not give back to me by my deadline. If they do, I’ll make sure to update you here on air and online. Olivia Iverson, channel three news.