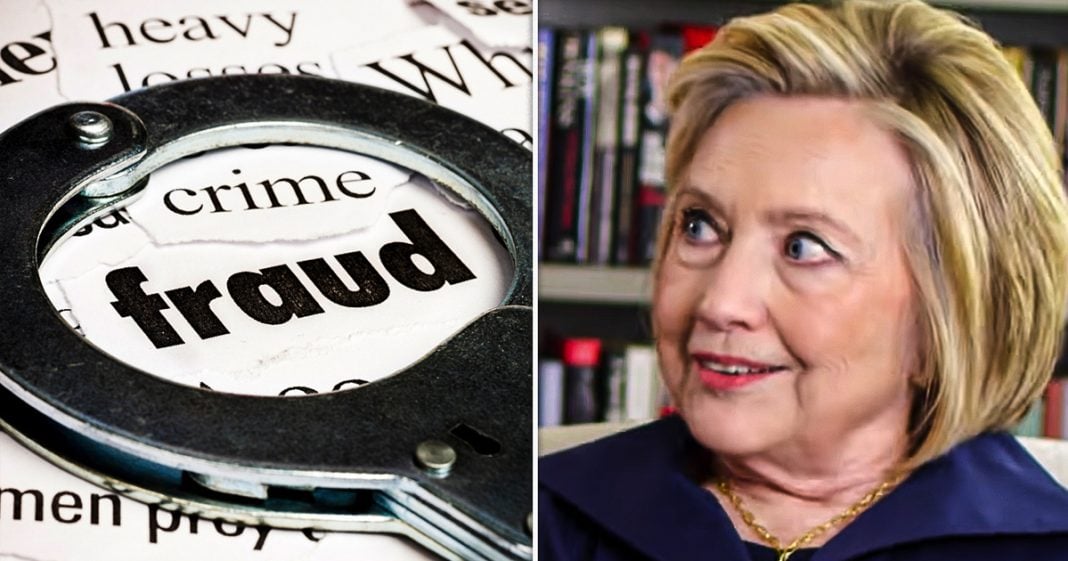 Via America’s Lawyer: A new report reveals the US Chamber of Commerce is rife with criminal activity. Since 2000, more than 100 of its member corporations have been penalized nearly 16,000 times for violating state and federal law – oftentimes endangering the lives of consumers. Also, President Biden’s approval rating continues to nosedive, prompting some analysts to predict Hillary Clinton could return in 2024 if the midterms don’t pan out for the Democrats. Mike Papantonio & Farron Cousins discuss more.

Mike Papantonio:             A new report has revealed all of the criminal activity of corporations that are part of the US Chamber of Commerce. But even with this massive rap sheet, corporate executives never face real justice because the Chamber is always there for them. I have Farron Cousins with me now to talk about this. You know, for how many years we’ve been doing this show, how, how many years have you and I been doing talk, talk radio.

Mike Papantonio:             18 years. Okay. I think back on the number of times we’ve told this story of corporate crime and you wonder every year you say, okay, surely we’ve got an AG who’s gonna do something about it. Surely somebody’s gonna take some conduct. Yes, they’re dressed up, but they’re still criminals. What is your take on this? I love this report. This is a brilliant report.

Farron Cousins:                  Right. Right. Public Citizen put this out and they always do such a phenomenal job keeping track of these corporate crimes. But yeah, you know, the big underscore here is we’ve got over 10,000 instances of criminal behavior, state, federal level from these organization. We’ll get more into that, but nobody went to jail.

Mike Papantonio:             Well, as you know, you and I, I handle these cases. I see conduct that anybody else would be in prison for. Where we have medicine that the company knows is going to kill somebody. It’s just a matter of when, they know it, the clinical data shows it. We have corporations who knowingly dump billions and billions of toxic waste into our ecosystems. They know exactly what they’re doing. Nobody goes to jail. But if were to go to my neighbor and say, hey, you mind if I dump my sewage in your swimming pool? I’d probably go to prison for that. So it’s a double standard. They don’t wear hoodies. They’re not on a street corner. They come from Ivy league schools. They’re dressed up in Armani suits. This, we gotta have an AG with enough guts to do something, don’t we?

Farron Cousins:                  You know, if you walk up to somebody, shoot them dead in the street. Okay. That’s murder. But when I’ve killed you, because I dumped my toxins there and I gave you cancer so you die this slow, painful death over years, that somehow is not murder because it was done in a guy, by a guy with a nice suit.

Mike Papantonio:             You probably for the magazine have covered more stories on corporate crimes than anybody I know. And we could take it to the Department of Justice and say, would you do something? And they won’t do anything because it’s the Chamber of Commerce is always there to protect these folks, right?

Farron Cousins:                  That’s how frequently these crimes are being committed on the corporate level. Every corporation, every two months, one crime.

Mike Papantonio:             Not one attorney general as far back. You wanna, you wanna hear something really weird? You know the only attorney general that I can remember that actually threw these folks in prison was under the Reagan administration.

Mike Papantonio:             The savings and loan, 800 of them went, went to prison. Since then, there’s not a president that’s had the character to do anything about it. There’s not an attorney general who’s had the courage to do anything about it. It is rampant crime that is run all the way to the top, to the US Chamber of Commerce. They are a criminal enterprise and they, you know, these 111 people, those aren’t, those members, they’re not mom and pop, Farron.

Mike Papantonio:             They, they’re not mom and pop. They’re the big, well, let’s just go down the list. You got the list there. Let’s have some fun with who it is. AbbVie. Oh my God, every time you read an AbbVie, it, their illegal prescription in promotion to drugs that they knew were not to be used for the thing they’re promoting it for. Price fixing, Amgen, Bayer. Oh my, you know, I could go, we could spend an entire show on Bayer. But illegally using banned pesticides. Labor and health safety standards, Chevron. You just gotta look at this report. It’s remarkable.

Farron Cousins:                  And it is. And a lot of it, not a lot of it, but, but people need to understand we’re not only talk about a bad pharmaceutical or, or corporate toxic dumping. No. These are banks that were committing outright fraud. You know, some of them as we have also talked about, laundering money for terrorist organizations.

Farron Cousins:                  Nothing but a couple of fines here and there. These are corporations guilty of stealing wages from their workers. You know, of course the environmental pollution is a huge issue and that of course plays itself out very large in this report. The pharmaceutical companies are absolutely the worst offenders with how frequently they get popped for everything under the sun.

Mike Papantonio:             What do you really think is going to happen? Do you think this attorney general is gonna do a thing different than every attorney general and every president that came before him? Again, the real crazy thing is Ronald Reagan was the last person to throw 800 of these criminals in prison under the savings and loan. What is your quick take?

Farron Cousins:                  Well, well, think about the difference there though. Okay. Reagan was able to do that and of course it made national news, big headlines and all that, but then we got the media deregulated. And I think that might have been a tipping point here when these corporations, these same ones we’re talking about, said, wait a minute, what if we buy up the media? What if we started investing?

Farron Cousins:                  Then we don’t get in trouble because there’s no report. I mean, look at all these stories here. When was the last time you saw corporate media talk about any one of these?

Mike Papantonio:             I swear, I swear to you, the only place to see this reporting is on this station with us. And you know what really, really chaps me, is these people who say, well this is Russian TV. You know, like we’re, like there’s some vast conspiracy to talk about these corporations that are killing us. These are Russians, you know, Farron must be a Russian comrade. Pap must be a Russian comrade. We’re talking about real cases that the corporate media refuses to talk about because their money is so big from these corporations.

Mike Papantonio:             President Biden’s approval ratings have gotten so bad that establishment Democrats are now pushing for Hillary to run again, my God, in 2024. I’m not, I’m not making it up. Okay. Why don’t you take it, why don’t you take the story from there.

Farron Cousins:                  Well, Biden is looking at, you know, the latest poll came out, which is even lower than Donald Trump was at this point in his presidency. You know, he was historically unpopular. Biden came along and said, hang on. I can beat that. So we are looking at an absolute dismal presidency. In fact, Kamala Harris is actually now higher than Biden. That’s how far he has fallen in just the last month and it’s all sorts of things, not just all sorts, it’s everything. The handling of the pandemic, inflation, the economy, jobs, across the board people say, I have no faith in this man. And so Democrats are in full blown panic, especially with midterms thinking, what the hell are we gonna do with this guy?

Mike Papantonio:             Okay. The Republicans though are so stupid sometimes.

Farron Cousins:                  Yeah. People for forget, you know, Hillary Clinton won that Senate seat in the state of New York where she was not from, had been living in Arkansas for decades before she went to the White House. Realizes if I want to have a political career, I’ve gotta go somewhere that’s a deep blue state. So they moved the family to New York and that’s the only way she was able to win. She would not have won a Senate seat in Arkansas of all places.

Mike Papantonio:             Yeah. Yeah. And now these stories are already surfacing because she’s making it clear she’s gonna run. The story, the story that surfaced I think a couple days ago was where the Epstein group tried to whitewash the Bill Clinton connections.

Farron Cousins:                  They, they made people sign documents saying, you need to sign this saying you never saw Bill Clinton at, what was it, Little St. Thomas was the name.

Mike Papantonio:             Okay. That’s significant because Hillary has already made it clear that she wants to run. My prediction is the Republicans want her to run. They absolutely want her to run. They think she’s beatable. All they have to do is look historically. Now we’re gonna, we’re gonna get the emails, you idiots, she had 3 million dollar, 3 million votes ahead in the last election. It ain’t about it. It’s about, it’s about simple numbers. Where it comes to electoral college, she cannot win in the electoral college. The woman has a personality problem that somehow she just can’t overcome.