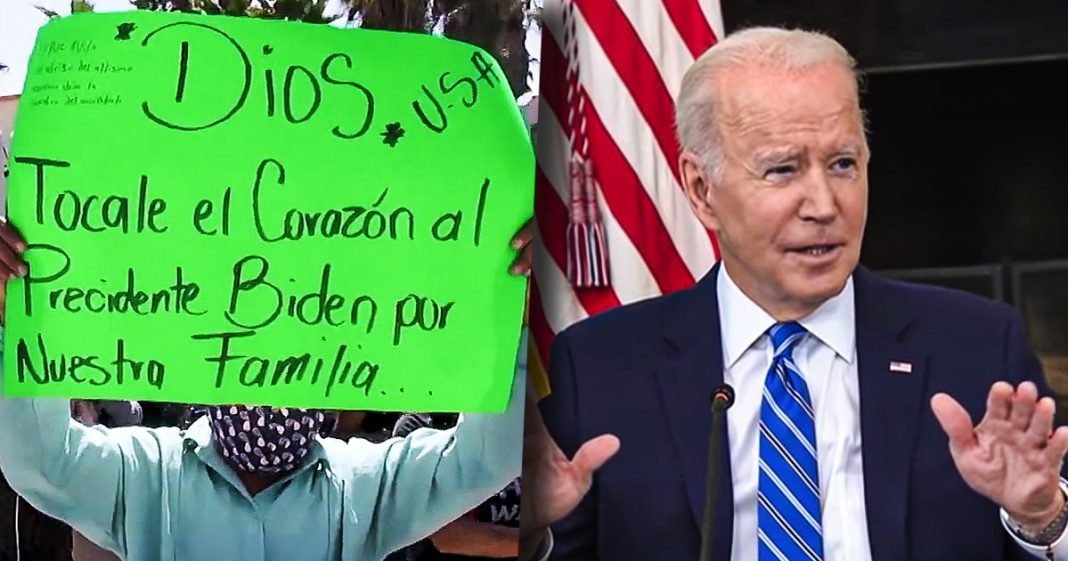 Mike Papantonio:             The US Chamber of Commerce wants to use cheap migrant labor to solve the labor shortage and president Biden seems to be more than happy to go along with that request. Farron Cousins from trial lawyer magazine joins me now to talk about this story. We’ve done several stories on this. We, I think we’ve made it very clear that this thing that’s happening at the border is not out of America’s compassion. It’s not that we really care about what the standard of life is for these people. It’s, that, that is the, that’s the easy talking point that the Chamber of Commerce uses and industry uses to bring in cheap labor. Isn’t that basically where we are?

Farron Cousins:                  It, it is. The US Chamber of Commerce, for decades now has been one of the leading champions of bringing more people into the country. We want all these migrants in here and like you said, it’s, it’s not out of the goodness of their heart. It’s because they know they can exploit these people and that is exactly what they’re doing. In this new scheme, they’re going beyond just the migrant blue collar workers. Now they have, you know, basically successfully working with the Biden administration, got this agreement to where they’re going to bring in more younger white collar stem individuals.

Mike Papantonio:             Well, it does more than that. Okay. First of all, if you bring in a migrant worker, if you, you don’t get sued for things like sexual harassment. If they hurt themselves on the job, you simply ship ’em back home. If they die on the job, there is no protection. They don’t have workers compensation. They don’t have hospitalization. They don’t have all the things that we give to the American workers. That’s, and it’s, there’s two parts of it. Here as you point out, this is the blue collar, this is the blue collar end of it. And these kids that are in the stem program are brilliant. It’s not like, it’s not like our people can’t do these jobs. They simply won’t do it for the same amount of money that somebody from the Ukraine or wherever they’re bringing, Germany, wherever they’re bringing ’em in from. The other side of it is the labor coming across, down in the South, Southern border. Those folks that are gonna work in an agriculture, who cares if they, if an arm gets ripped off, you simply send them home. Or if they lose their life, you send the body home. Nobody worries.

Farron Cousins:                  Right. And the US Chamber of Commerce, as we’ve talked about multiple times, these are the biggest businesses here in the United States. And specifically with this new stem program where they’re opening it up to bring in all this cheaper labor it’s for Facebook, it’s for Amazon, it’s for BlackRock. You know, we’re not talking about struggling business says that can’t afford to pay wages. We’re talking about some of the wealthiest corporations in the United States. Still not enough for them. They want the cheaper labor. They want the tax savings. They want these expendable people, because that’s how they view them.

Mike Papantonio:             Do you know this idiot, this was CNN. I, I, I don’t know her name. She has some show. I, Susan, Suzanne Clark, I think, has a financial show, trying to make it sound like, A, no discussion about what’s really going on here. That the Chamber of Commerce simply, it’s cheaper if you think about it, than shipping jobs, you know, shipping industry overseas. Here, you’re bringing them in. There’s no cost at all. She says, this is so important because this is gonna cure inflation. Not one word, not one word by this idiot woman about the idea of what’s really happening to these people, how they’re being abused.

Farron Cousins:                  Right. And Clark is the, she’s the CEO of the Chamber and she was allowed to go on the corporate media to say these things because they all benefit from this. The people that own these media outlets are owning other corporations as well. And they, down the supply chain, they want this cheaper labor.

Mike Papantonio:             But why would CNN not pick up on the story? That you can bring ’em across the border, you, you, no matter what happens to ’em you simply ship ’em back home after you’ve abused them. After, you know, after they’re injured, after a fatal injury takes place, just ship ’em home. Nobody in CNN picked up on that part of the story.

Mike Papantonio:             That this, this idiot woman comes and says, hey, this is the Biden plan to solve inflation. That really was her talking point.

Farron Cousins:                  Right. It really is. And look, this is not going to do anything to solve the inflation crisis. I, I have no problem with people coming over here to the United States absolutely at all. Okay. That is fine with me. But it’s, they’re, they’re they’re being mistreated by corporations.

Mike Papantonio:             Yeah, yeah. The worst thing is we’re trying to make it sound like it’s kind and compassionate.