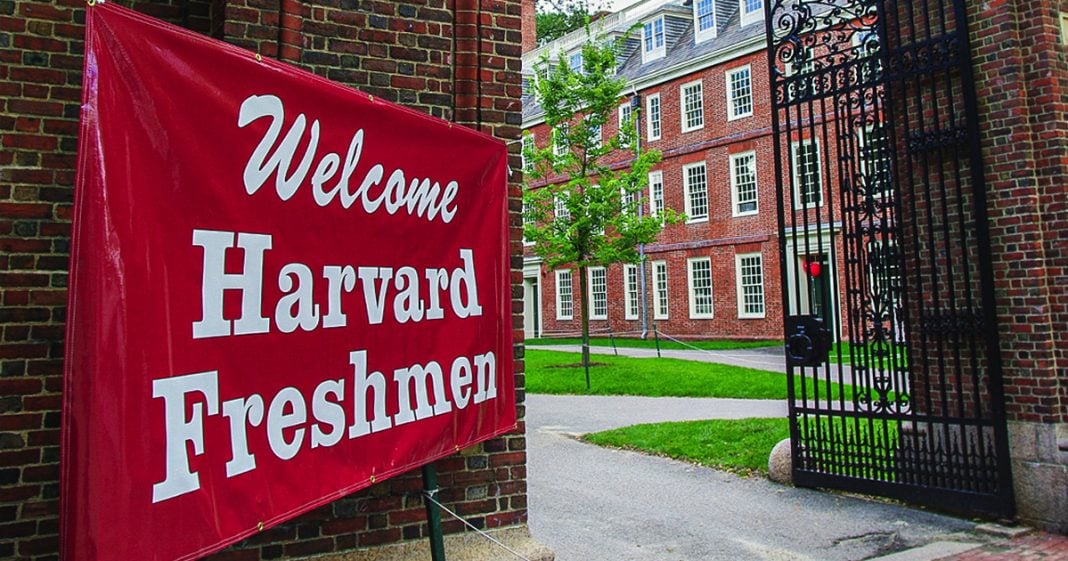 Via America’s Lawyer: A federal lawsuit points the finger at more than a dozen major universities who have allegedly been colluding to limit financial aid. Mike Papantonio is joined by attorney Sara Papantonio to explain how these top-tier schools overcharged students to the tune of hundreds of millions of dollars.

Mike Papantonio:             A federal lawsuit points the finger at more than a dozen major universities who have been colluding to limit financial aid. Meanwhile, these schools have also overcharged students to the tune of hundreds of millions of dollars. Attorney Sara Papantonio joins me to talk about this. Sara, tell us about the scandal. What, what are the colleges involved with and what are they doing to, to cause this lawsuit to take place?

Mike Papantonio:             Yeah. So there’s a backstory here that I think is interesting. The backstory appears to be that if you’re at Harvard, you have these legacy, these legacy types that you want in there. You have upper, you, you have very wealthy parents who wanna send their children there. There is that idea of who do we wanna attract? You see, they want to attract those folks. And if you have a, if you have a student who’s saying I’m here to get money because I need financial aid to go to school, that kind of sends a signal, doesn’t it? That maybe their parents aren’t those wealthy people that Harvard wants. I think Harvard has the, one, the biggest endowment program in the United States, if I’m not mistaken.

Mike Papantonio:             And, and more importantly, in a place like Harvard, they’re not all going to end up on Wall Street. Maybe they’re gonna do some work out there in the world that actually benefits people. Now, so how, how have they escaped federal regulations? Because, tell us there’s a, a need blind kind of support of this. What is that?

Sara Papantonio:              Right. That’s kind of how they’re finagling their way into this situation. Basically they promise students in the admission process that they’re a need blind, meaning they’re not making the decision based on their financial status. But then the next layer of that is if they, if they, if this institution is a need blind institution, then it gives them the opportunity to collude financial aid formulas with a host of different schools. Here, we’ve got about 16 different schools that all come together and share their financial aid formula.

Mike Papantonio:             Mm. I got it. So, so the law, I gotta tell you, the, the lawyers that are bringing this case are, are, are, are serious lawyers. I’ve worked, I’ve worked with them. They, they, they wouldn’t bring this unless they thought there was a smoking gun there, and they’re gonna be digging for that. I, I’m wondering, how, how did their actions affect the admissions process? Who benefited from all this?

Sara Papantonio:              Well, obviously the school benefits, right? Because what happens is they’re restricting competition among the schools. They’re not giving students the opportunity to say, hey, Yale is offering me this much money, but Duke is offering me even more. I’m gonna go to Duke. Yale and duke are now offering the same amount. So both stand to benefit from that student going to the school.

Sara Papantonio:              They’re restricting competition among the schools so that all of these 16 schools can make the same amount of money in the end.

Mike Papantonio:             This isn’t the first time we’ve seen Ivy league schools get busted for this kind of thing. But talk about that just a little bit.

Sara Papantonio:              Right. It, it’s, it’s historic. It, it’s across the board in these institutions. It’s been happening since the 1990s and that’s why actually these federal regulations came in place. We’ve got schools like Harvard, these Ivy leagues, who, who collude with each other and say, I’ll offer this student this much money if you give us Johnny, you can take Sally if we take Ben. So it, it’s this idea that they all work together to kind of manipulate the system and dictate who goes where.

Mike Papantonio:             Yeah, well, it’s definitely colluding and antitrust at, on its face. And, but, but I think the thing that’s most bothersome to me is it’s kind of that they get a look don’t they? I mean, the applications are coming through. This person comes from this neighborhood. This person has no independent way to pay their way through this college. Why should we bring them on? Because in years to come, we’re gonna count on that family to help support this university or that student to help support this university. So that’s a big part of this. I really think that’s kind of an underlying issue here, isn’t it?

Sara Papantonio:              Yeah. And that’s what the lawsuits alleging. They’re alleging not only is this collusion process, but these schools, at least half of these schools are violating that federal regulation of the need blind. They’re purporting themselves to be a need blind school. But what they’re really doing is taking a pass at that application, like you just talked about and said, oh, hey, Johnny lives in this neighborhood. We know that that’s a low income neighborhood. Let’s push him aside.

Mike Papantonio:             Yeah, because there’s endowments, I mean, look, we’ve all been there where every month we get something, we need this, we need that. And like I say, Harvard and the Ivy league schools, they have the biggest endowments in the country. Sara, thank you for joining me. Okay.