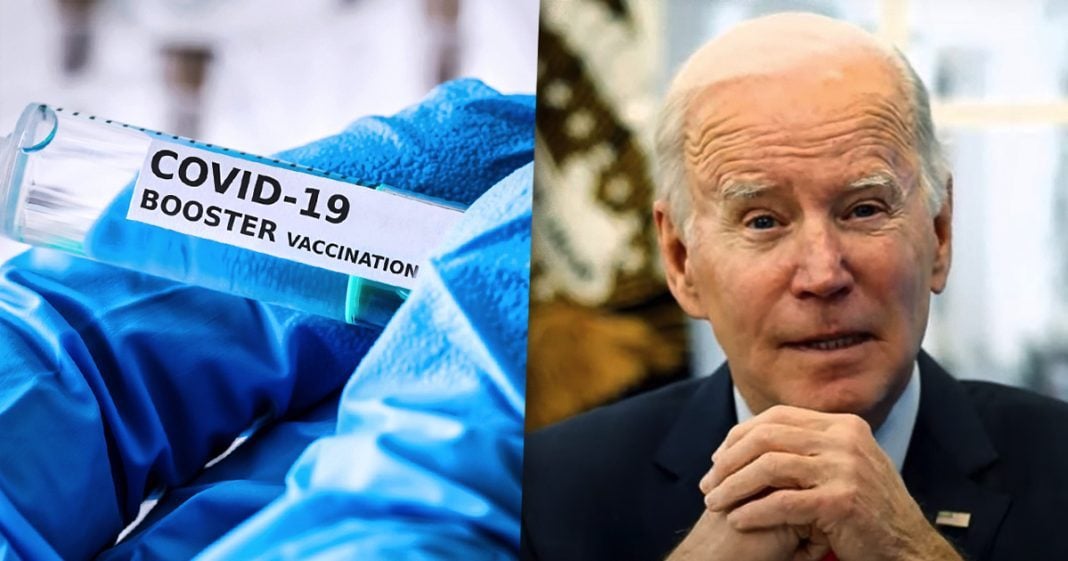 Via America’s Lawyer: SCOTUS strikes down President Biden’s workplace vaccine mandate. Now only healthcare workers will be required to get the jab to stay on the job. RT Correspondent Brigida Santos joins Mike Papantonio to explain the ruling, and what this means moving forward for private businesses across the country.

Mike Papantonio:             The Supreme Court has blocked president Biden’s workplace vaccine or test requirement, but they’re gonna keep the mandate in place for some healthcare workers. Brigida Santos joins me now to talk about the details of all that. Brigida, why did the Supreme Court rule against the mandate? What is the underlying argument there?

Brigida Santos:                   The high courts conservative majority says Congress has not specifically given the department of labor’s occupational safety and health administration, the power to impose requirements forcing workers to get vaccinated against COVID 19, or submit to weekly tests. Back in September, president Biden directed OSHA to draft the requirement for companies with over 100 employees as an emergency temporary standard that would apply to about 84 million people. OSHA then issued that ETS in September, but it’s been challenged in the courts across the country, ever since. Now, the SCOTUS opinion states that there are risks associated with the coronavirus in workplaces, just as there are in any place where people gather, but it’s not necessarily an occupational hazard in most cases. Now this ruling opposes the Biden administration’s stance that federal law does grant OSHA the authority to protect employees exposed to grave danger from toxic or physically harmful agents. However, the Supreme Court’s opinion also says that OSHA can create targeted regulations for certain jobs where the virus poses a special danger due to specific work requirements.

Mike Papantonio:             Yeah, the, the, the decision was a surprise in a lot of ways because the notion of health, safety and welfare, they call it the police powers, are so strong and here you had OSHA saying, look, we have to do this because it’s a, it’s a worker safety issue. So, okay. So, so the point is they kind of split the baby. What kind of healthcare workers are still gonna have to comply with this vaccine requirement, Brigida?

Brigida Santos:                   Sure, even though the high court says OSHA doesn’t have the authority to enforce vaccine or test requirements on businesses, it does agree you that federal law grants the secretary of health and human services, the power to require vaccination for healthcare workers at facilities that receive federal funds from Medicare or Medicaid. So that part of the Biden ruling will remain intact and applies to about 10 million healthcare workers.

Mike Papantonio:             Don’t you think there’s really overreaction on this ruling? You know, the, the, you start hearing this ridiculous argument, oh, we need a super majority on the Supreme Court. Every time the Democrats do that, they just play into something that is not, it, it, it’s not sustainable as a talking point, because look, they’re not gonna increase the numbers. And yes, the Supreme Court is gonna do things that you don’t agree with constantly. But, but, but that argument, they need to be very careful about making that argument because the American public says, eh, I’m not so sure about that. Can private companies continue imposing vaccine or test requirements for their employees?

Brigida Santos:                   It depends and I’m sure we’re gonna see more in the courts. Now the Biden administration claims there’s nothing in federal law preventing private companies from imposing their own vaccine requirements. But some state laws may soon ban such mandates. So they would not be able to do that in those cases. Now, since the Supreme Court ruling, some companies have already abandoned their COVID safety policies while others say they plan to continue enforcement. For example, Citibank will reportedly still fire unvaccinated employees who are not granted legitimate medical or religious exemptions, by the end of this month.