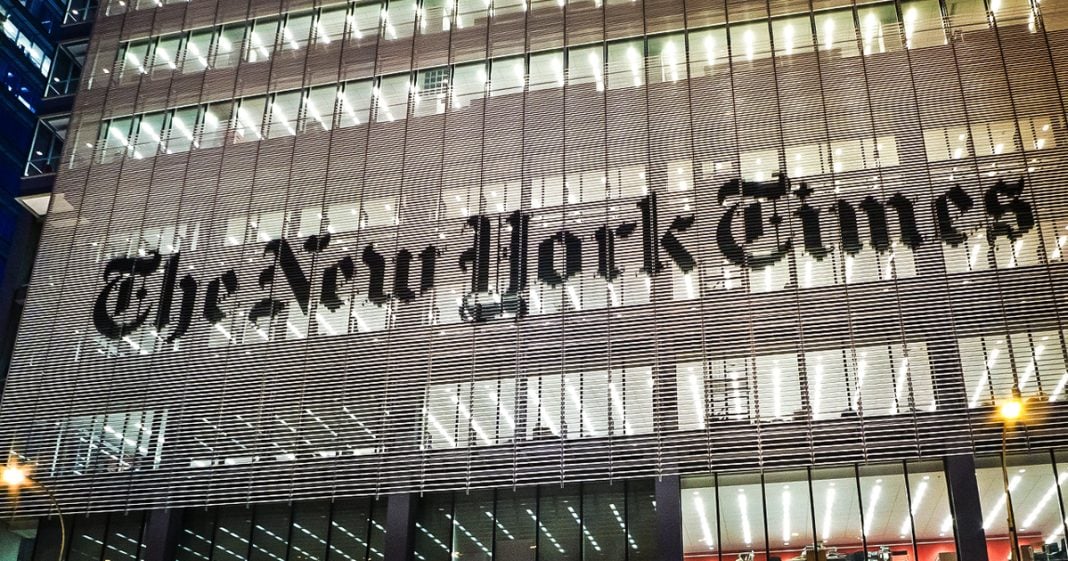 Farron Cousins:                  The argument is, you know, well, you guys aren’t actually able to unionize because you have interns, therefore you’re supervisors, you’re management.

Farron Cousins:                  So none of you actually qualify for a union. And of course the National Labor Relation Board comes in says, that’s, that’s not how this works, New York Times. And, and, and they’re targeting specifically their tech journalists, which is obviously a hugely important part of the media right now. We need them to accurately report. But when we have these big media corporations, whether it’s New York Times, we saw it with MSNBC trying to kill the unions there.

Mike Papantonio:             You know, we’re really for the consumer. Hell, when it comes down to corporate decisions, it’s all about money and this is the same, same way here. New York Times has no high ground here at all.

Farron Cousins:                  Any kind of worker story they do, any union story they do. Now we know that behind the scenes, they’re just as bad as the people they’re reporting on. So can we take them seriously?

Mike Papantonio:             Well, I mean, they already have problems. First of all, they, everybody realizes that they’re so heavily tribal. They’re so heavily tied into their commitment to ideology that maybe they’ve lost their journalism, you know, the edge. But now we see it’s a show. It, it’s simply this all a show because they don’t care about these people who have the right to unionize. They’re doing everything, as a matter of fact, the most disturbing thing is there’s been two attempts to say, let’s sit down at a table and compromise. Let’s try to mediate this. They refused to do that.

Farron Cousins:                  Well, yeah, and that’s unfortunately what we’re seeing far too many times. But what we saw in 2021, not necessarily at New York Times, but all these strikes all over the country that were hugely successful. The attempts at unionization that ultimately proved successful, hopefully we can get that at the New York Times, make them understand that these people have to be treated fairly because that’s what it’s all about.