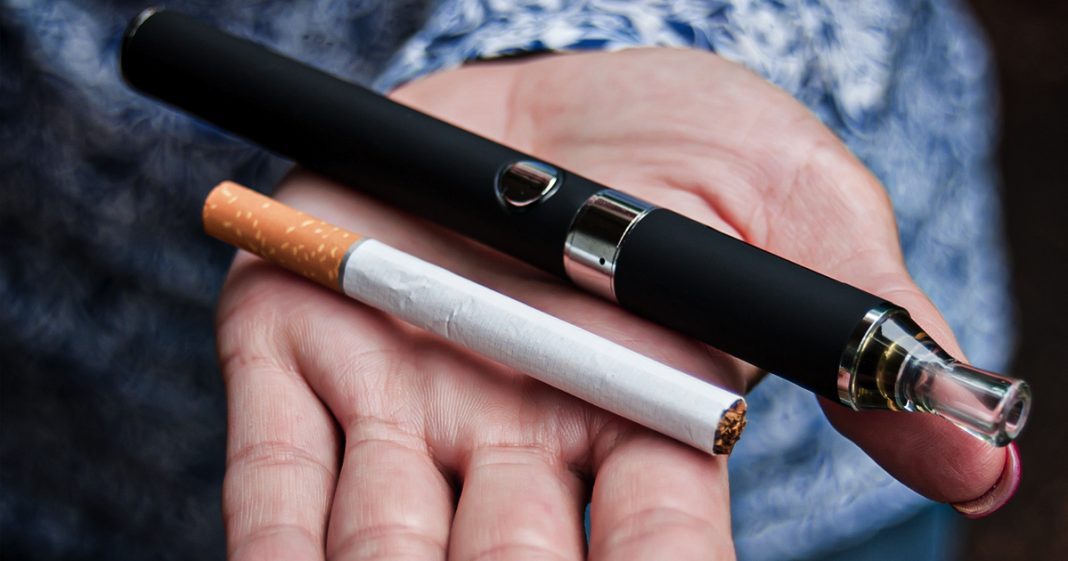 Mike Papantonio:             A major new report has revealed that big tobacco companies are behind an international pro vaping organization. Well kept secret, but you and I have, it’s funny, every time we talked about this story, even before this story came out, we used to say, who are the people behind vaping? It’s, now we learn it. It’s the tobacco industry.

Mike Papantonio:             I mean, they caught dead to right, British American Tobacco is putting all this money and effort behind vaping. Why are they doing it?

Farron Cousins:                  They’re, they’re doing it because the nicotine addiction one, keeps customers for life. But two, they also own most of these vaping companies. And that’s part of the equation that most of these, you know, vape defenders don’t seem to understand. So there’s all kinds of interest in this. And of course they, they use these groups to fight regulations, you know, they’re huge push right now in Europe to fight any kind of regulations.

Mike Papantonio:             Well, as you know, we’re, we’re leading the charge in the Juul case that’s taking place out in California and a lot of this materials coming out there. We’re finding documents that where British American Tobacco, you have this organization that’s called the world vapors, yeah, the world vapors. Now it’s, it’s the next thing to Scientology, isn’t it? It’s almost a cult.

Mike Papantonio:             Yeah. And so now we find out that they’ve gone out of their way to keep it a secret that British American Tobacco, these predatory tobacco weasels are the money behind it. The same people that we sued two decades ago and we found out all this material about how they were gaming the system. There’s no differences there. I mean, you know, vaping, smoking a cigarette may be this much difference, but it’s gonna kill you either way, right?

Farron Cousins:                  Yeah, absolutely. And, and the problem is too, they’re trying to market these vapes as, oh, this is the safe alternative. And then of course in the fine print, they say, hey, there’s nothing to back up these claims at all. But they know that they can get these people addicted and of course they market them to teenagers. We have seen that all across the United States and it’s still happening in Europe, too. And they get these people hooked at age 13, 14, trying to convince them, oh no, no, no, this isn’t smoking it’s okay. And then you turn around and you have kids who don’t understand how harmful nicotine is to the body, having these overdoses, having seizures.

Mike Papantonio:             Well, here, here’s what we find out. We find out, we learned it in tobacco litigation that if you can get ’em hooked at 14 or 15, then you have brand loyalty for two decades after that. So this vaping is simply about trying to transition people back into, back into, into nicotine. There’s just no question about it. And these boneheads that, you know, they, they think have the high ground. Oh no, this is wonderful. They are being hustled by companies like Coca-Cola, who owns part of this. Now you talk about addiction issues.

Farron Cousins:                  Yeah, absolutely. And, and some of the campaigns, and again, this is all, you know, being funded mostly by British American Tobacco, but we’re finding out, according to the new reports, they’ve, they’ve engaged in this kind of anti-legislation agenda in Europe. And what they’ve done is they said, okay, go out and get a bunch of different kinds of paper, you know, use a bunch of different kinds of words so it doesn’t look like we’re submitting all of these requests to the government to not regulate vaping. And at the end of the day, that’s the goal.

Mike Papantonio:             And, and, but what’s so amazing to me and these are reasonably intelligent people that vape and they don’t do any effort to see that it’s killing them. I mean, the science is clear.

Mike Papantonio:             It’s, you know, it’s not better than cigarettes. When you really, when you, you can rationalize it and say, well, it doesn’t have all of the additives. It doesn’t have all the poison. But baby, it’ll still kill you. That’s the problem.