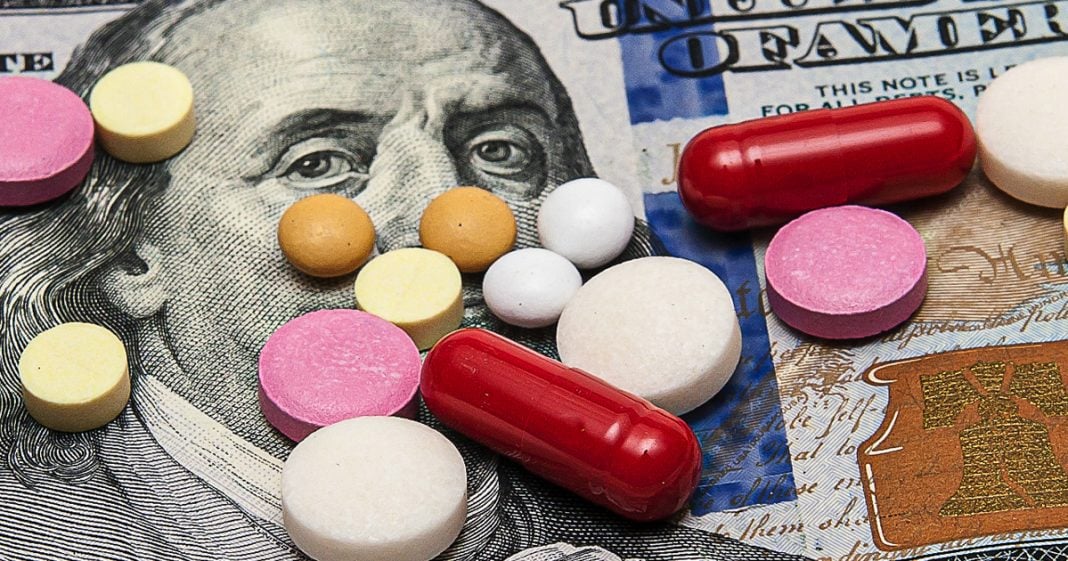 Via In Question: Drug makers have raised the prices on hundreds of prescription drugs with most of them being up about 5 percent, more increases expected this month. The move comes as we enter the third year of the coronavirus pandemic—and millions of Americans have lost their health insurance due to the crisis, leaving many uninsured patients to pay the full sticker price for prescription drugs. Attorney at Levin Papantonio Rafferty, Michael Bixby, weighs in.

Manila Chan:                       All right, here to weigh in is attorney at Levin Papantonio Rafferty, Michael Bixby, our friend is here. Michael, good to see you. It, so we know it’s a pretty common new year’s practice by big pharma to up prices on big ticket drugs, like HIV drugs, breast cancer meds. I mean, the list goes on. Upping them by about 5% may not sound like much, but for the uninsured, this can make all the difference in the world. Can you talk to us a little bit more about that, Michael?

Michael Bixby:                    Absolutely. So you, you’re looking at what’s significant and it’s not significant because it’s uncommon. This is a practice that’s done every single year. So when you talk about it and you say it’s just 5%, it’s just 5% year after year after year. And you’re talking about already in 2022, almost 600 drugs have had the prices increased. And as you said, these are some important drugs. We’re not just talking about random things. We’re talking about significant life saving treatments. And what’s most significant about this is ICR who’s done studies on this in years past has concluded that these price increases they’re unjustified. They don’t have any reasonable basis because there’s nothing additional that’s being given by the drugs. And what it does is it, it drives up the prices that people pay and it leads to people not being able to even pay for these drugs. So if it’s lifesaving treatments, you’re talking about somebody who can’t get the lifesaving treatment.

Manila Chan:                       Yeah. It’s, it’s almost like compounding interest, I guess, if you wanna look at it that way. Big pharma’s spin on this is that this hike is, you know, on the list price as they call it. Can you summarize for us what list prices are, what they mean and what rebates are that apparently only pharmacy benefits managers can see. I mean, how does that impact us, the consumer?

Michael Bixby:                    It, it impacts the consumer very significantly. Think of a list price like the MSRP price of a car. Well, in the case of a car, you could just go to the next dealership. You can, you can, as a consumer vote with your feet, you can have competition. It’s not the case with, with drugs. You can’t go negotiate, an individual consumer one by themselves. A PBM, a pharmacy benefits manager, they can. They can get the rebates. They can go and negotiate. The big insurers can go negotiate just fine. But the average consumer who doesn’t have a PBM, who doesn’t have an insurer to go do this work for them, they’re left with the list price. They can’t go down to the next dealership and get it. They’re stuck either accepting it or, or being, not getting the drug at all, if they can’t afford it. And it even does affect Manila, people who do have insurance because there’s features of insurance, for instance like co-insurance that are still based on the list price. So even if you have insurance, this still negatively impacts consumers. And what it does, is the harm is here again, passed onto consumers, not the insurance companies, not the pharmacy companies.

Manila Chan:                       Yeah. That’s a great analogy, Michael, comparing this to a car dealership and this being the only car dealership you can go to. Now, a Pfizer spokesperson called the increases modest, of course they would, and told the press that these were necessary, quote, to support investments that allow us to continue to discover new medicines. Is that an honest statement? Don’t drug makers rely heavily on taxpayer money for R and D?

Michael Bixby:                    Yeah. Come on, show me the money here. You’re, you’re listening to a corporate welfare king telling you that we need this continued welfare. Let’s look at the numbers. Let’s look at the money here. How much did Pfizer’s CEO make last year? 21, over $21 million. Look at a study by JAMA on the top 35 pharmaceutical companies between 2000 and 2018, 11 over 11 trillion, that’s trillion with a T, $11 trillion in revenues, nearly $2 trillion of actual net income or net profit from this stuff. And you, you’re talking about organizations that do benefit, Manila. Exactly like you said, from hundreds of billions of dollars of government funding. Just take the NIH funding alone that goes into the creation of this drug. That’s why these people, I mean, not even looking the other areas where they’re receiving government benefits, tax breaks, government funding, free money. These are really welfare recipients, but they’re some of the most profitable companies in the world. And, and they’re getting paid out in a big way. This money going to funding is absolutely a lame excuse when you into what the actual profits being made, where the profits are actually going.

Manila Chan:                       I think most of us don’t. Real quickly last thing here is another price hike we’re seeing. If you can find them, are these at home COVID tests, the prices have shot up 25%. for example, the rapid antigen test that you could find at Walmart back in December cost 14 bucks. They’re up to about 20 now. And since there’s a run on all of these retailers are putting caps on how many tests a customer can buy. So where is the Biden administration on all of this? Where are those free tests that Biden promised two weeks ago?

Michael Bixby:                    Yeah, the, we don’t know. They, they’ve said, you know, as recently as earlier this week we have 500 million free tests, absolutely free is what they’ve said that are coming soon. But they haven’t put any date on it. Haven’t put any deadline on it and there’s not a lot of details. So all we have right now are promises without out a lot of substances behind them.