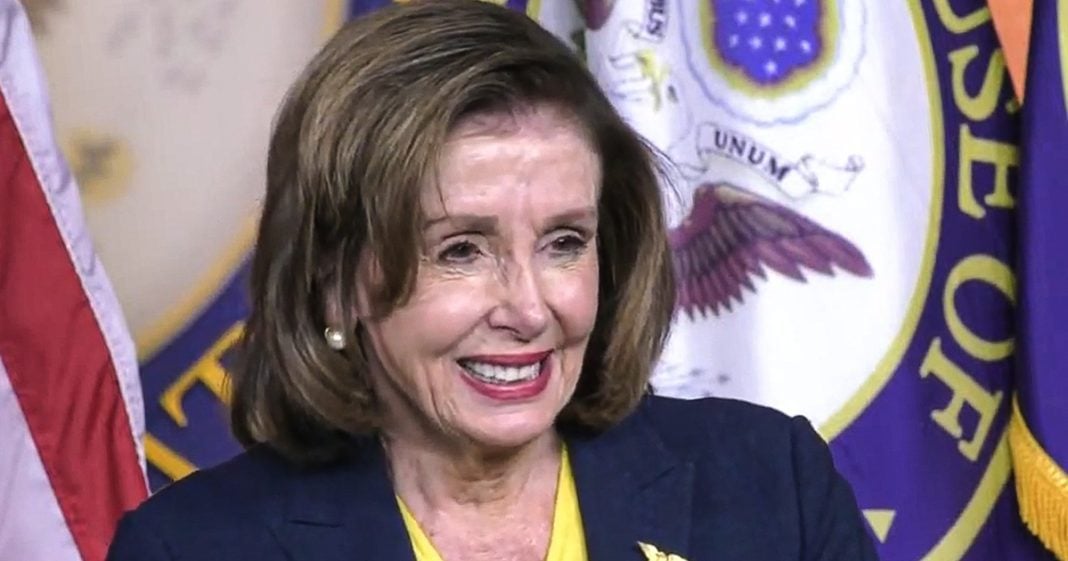 Via America’s Lawyer: Nancy Pelosi is among more than 50 members of Congress who violated the STOCK Act, which was meant to stop lawmakers from fattening their pockets via insider trading. Mike Papantonio & Farron Cousins discuss more.

Mike Papantonio:             Nancy Pelosi doesn’t think there’s anything wrong with members of Congress trading stocks, but the public disagrees strongly with her position. New legislation could put an end to this and Farron Cousins from trial lawyer magazine joins me to talk about what’s going on. Look, there’s no other way to say it. This is in, this is insider trading that’s been blessed by Congress. You see story after story, Congress, congressmen or Congresswoman moves into Congress, they have nothing, they’re poppers when they start out and within eight years, they’re millions of dollars wealthier. A lot of it has to do with insider trading, doesn’t it?

Farron Cousins:                  It, it, it really does. And look, this is one of the few issues where this truly is a both sides issue. You’ve got your Republicans, you’ve got your Democrats doing it in the last year alone, 52 lawmakers from the House and Senate, along with 182 of their staffers popped for this. And when I say popped, I mean, absolutely nothing happened. It was just confirmed that these individuals were trading stocks on issues that were currently in front of Congress, which is, as you pointed out, insider trading.

Mike Papantonio:             We’ve, you know, we deserve this. Look, here’s what they do. They have inside information about new legislation, new laws that are gonna take place. They have inside information about what the military’s about to do. What’s being done with the environment. What’s being done with the FED on money rates, those types of things. They have all of that inside information. And according Nancy Pelosi, the millions that she has made and her, her husband has made, the millions they have made as insider trading is perfectly fine. Other people, well, we throw them in jail, don’t we?

Farron Cousins:                  Right. And, and the rate of return that these members of Congress are getting on these stocks is absolutely through the roof. You know, when you look at the S&P average rate of return, you know, five something percent, I believe it is, well members of Congress because of their knowledge are getting more than 14% returns on their investments here. But, you know, there, there’s good news on the horizon, maybe. You do have Jon Ossoff from Georgia Democratic Senator who’s introduced legislation says, listen, I know you’re saying in this Pelosi, but we’ve gotta do something. 76% of the public says they want us to stop doing this. Let’s deliver. And Ossoff is the guy, let’s not forget, he won his Senate seat because the two Republicans in that race were both accused of very serious insider trading.

Mike Papantonio:             Nancy Pelosi is a, it’s a pathetic, she’s a pathetic dinosaur. And the Democrats can’t seem to get their arms around that. The more she comes out now, now you’ve got McCarthy who’s of course probably gonna be the next House and, you know, in charge of the House, he’s attacking her. He’s saying how stupid to tell the American public that your insider trading is completely legitimate. That the tens of millions, tens of millions follow these stories, tens of millions that her husband has made, and that she has made by nothing less than insider trading is just, just okay.

Farron Cousins:                  Well, and if you wanna know why we’re not getting any action on things like breaking up these tech monopolies, look at the stocks they owned, Google, Alphabet, Facebook, Netflix. All of these big tech giants and these members of Congress, Pelosi specifically and her husband, are buying and selling these stocks because they know, look, as long as we don’t do anything, the stocks are gonna keep going up.