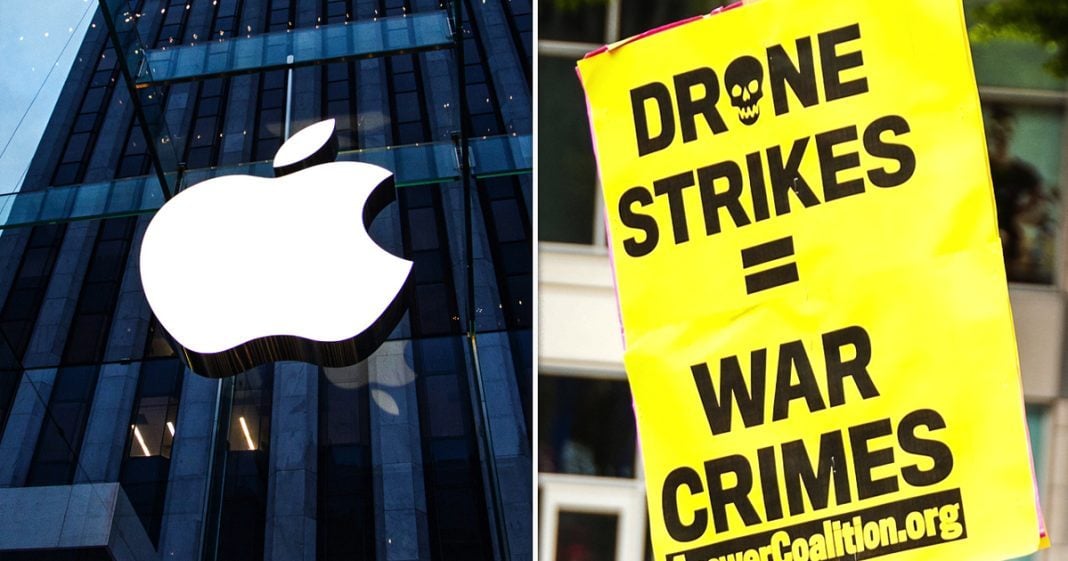 Via America’s Lawyer: A former project manager turned whistleblower reveals the toxic work conditions at Apple’s Sunnyvale office, which sits atop a mound of industrial waste. Mike Papantonio & Farron Cousins discuss more. Plus, the secret’s out – the Pentagon has been keeping hidden records of civilian drone strike casualties by the thousands. RT Correspondent Brigida Santos joins Mike Papantonio to explain why the Defense Department has been sweeping countless innocent deaths under the rug to promote its drone targeting systems.

Mike Papantonio:             They were either spying on people. They were breaking up unions. They were going after whistleblowers. This one is really interesting in that it’s, it’s, it’s beyond all of that. They’ve built their plant on, on three Superfund sites and it’s affecting employees.

Farron Cousins:                  Yeah, it is. And that was one of the concerns that this whistleblower brought up because she was alerted to some of these problems because she hadn’t known when she overheard somebody talking about we’ve gotta do the air tests, you know, the seepage.

Farron Cousins:                  A, a vapor test. I’m sorry. That’s what it’s called. And so she got to thinking what, what vapor test? What are you testing for here in our company, our headquarters in Sunnyvale, California? Oh, it turns out we’re on a highly toxic piece of environmental land here.

Mike Papantonio:             Okay. We’ve handled these cases. Our firm, as you know, has handled these cases and they’re bad, bad cases because what ends up happening is the Superfund site, there should have been testing before they built there. There should have been some, yes, we know that there’s not gonna be this, the vapor intrusion. But what’s happening there apparently is they have cracks in the walls and cracks in the floors, employees are getting these odd illnesses. So this whistleblower comes and says what, what’s going on here? And they’re trying to make her look like a nut case there in Sunnyvale, California. Isn’t that what’s happening here?

Farron Cousins:                  It, it is. And that was just, you know, one of many things she revealed here, but of course that is also something, that’s almost a whole nother topic in and of itself because that could severely endanger the lives of those employees there. So they need to be on the lookout, you know, any symptoms you have mark ’em down, go to the doctor, get this documented. This could be something huge in the future.

Mike Papantonio:             Well, you know, they’re again, they built on a Superfund site. The reason it’s called all a Superfund site is because there’s toxins in there that human beings should not come in contact with. So the company builds right on top of it without doing the testing. The, either the engineer screwed up, somebody screwed up and now these employees are at risk for having these vapor intrusions affect their health. I mean, it sounds like a, sounds like it’s, it’s pretty clear to me.

Farron Cousins:                  Well, and I, I think also, you know, an investigation does need to be done about this. I would love to see the involvement of the California government here. Obviously Apple’s a big major corporation. They want to build a plant here. You can’t convince me that the state government didn’t know that they wanted to pick this Superfund site. So I do think this is a story that warrants a very deep dive investigation because there’s a lot of moving parts here that, you know, this whistleblower only scratched the surface on.

Mike Papantonio:             Yeah. Could the site be built safely, probably, but there had to be a lot more involvement. You can’t have cracks in the floor and having, you get toxic vapors coming up through the walls and the floors. That’s a problem for workers.