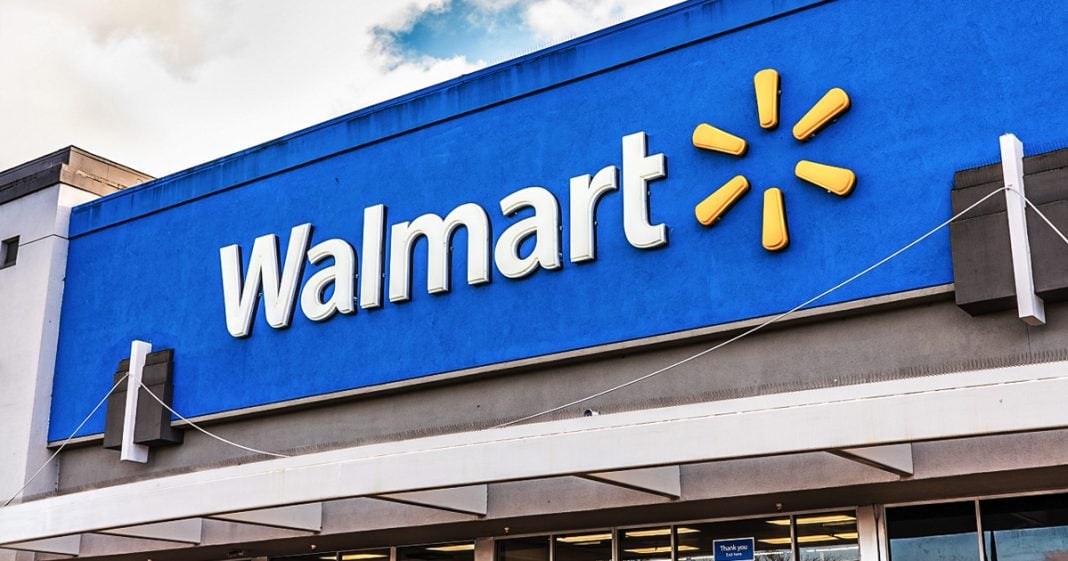 Via America’s Lawyer: Walmart faces a CA lawsuit for its illegal dumping of hazardous waste. Filling in for Mike Papantonio this week, Farron Cousins is joined by attorney Michael Bixby to discuss more.

Farron Cousins:                  Let’s go on here. Another big one, another grocery chain, if you will, the state of California is suing Walmart for illegally dumping hazardous waste materials. Back to the dumping of toxic materials, right? Looking at Walmart here in California, you’ve got all kinds of things that have to be disposed of in a safe manner. Something as simple sometimes as even the light bulbs, the batteries, because Walmart sells everything and California said, well, we’ve been digging through your garbage and we found out you’re just dumping this stuff wherever the heck you want to dump it.

Michael Bixby:                    So if you go back to 2010, they actually had a settlement with California that paid out, let me see here what was the number, it was $110 million in criminal fines. So this is 10, 11 years ago. And now we find out they’ve continued to do it. And it’s not just once or twice. Look at the amount 160,000 pounds is what the allegation is of, of materials. Whether it’s the batteries, whether it’s the light bulbs, the other things that need to be disposed of in a certain way to help us make sure that the communities that they’re operating in remain safe. This is unacceptable, especially because of the history here, because it’s not like they made an oops and it’s an accident and this is a mistake. This is something they knew and they should have been preventing. And for whatever reason, they turned a blind eye, whether it was cheaper to do this and that’s the problem, we need to stop it and we need to deincentivize them from dumping this. Dumping these types of toxic materials, whatever they are, whether it’s chemicals or whether it’s it’s materials like batteries, we need to make it not profitable for these companies to make that type of a decision that puts profits over the health of our communities.

Farron Cousins:                  Well, and that’s a good point to make too, because when the companies look at this and say, okay, if we were to get rid of all these, you know, industrial batteries that we have, the car batteries and the, the light bulbs and the other chemicals that come through the store, if we were to dispose of them properly, that’s gonna cost us $300 million. But if we just toss them in the regular landfill, we’re gonna get popped with $110 million, eh, we save $190 million by breaking the law. We’ll pay our fine 10 years down the road when investigations stop. We’ve made money on this and it’s not just Walmart in one particular, this is how corporations across this country work. We see it with pharmaceuticals every day, every day. Okay, well, if this many people get hurt, we’ll pay out this much, but we’ve made 10 times that in profit. The banks, horrible with it. We saw it all through the financial meltdown. They know they can save money by breaking the law.

Michael Bixby:                    Yeah, it’s the, it’s the, it’s the classic Ford Pinto problem. It’s we know there’s a problem, we know there’s an issue, but it’s gonna cost this much to fix it and the likely regulatory and lawsuit impact will only be this much, it’s net profitable. That’s where we need to deincentivize that. We need to make sure that they can be held fully responsible. And you go back into that, the subsidies, and then the lobbying that each of these corporations are doing when, when they’re trying to reduce their ability to be held fully responsible for it, it, it might seem innocuous to the average person. They might say, well, what’s the big deal? You have tort reform or limits on damages. But when you have that, that again allows the corporation to make that decision to say, ah, we’re gonna do this even though it’s gonna cost lives, because we’re not gonna be found liable. It’s gonna be less than the profits we’re gonna make by making this decision. That’s the problem.