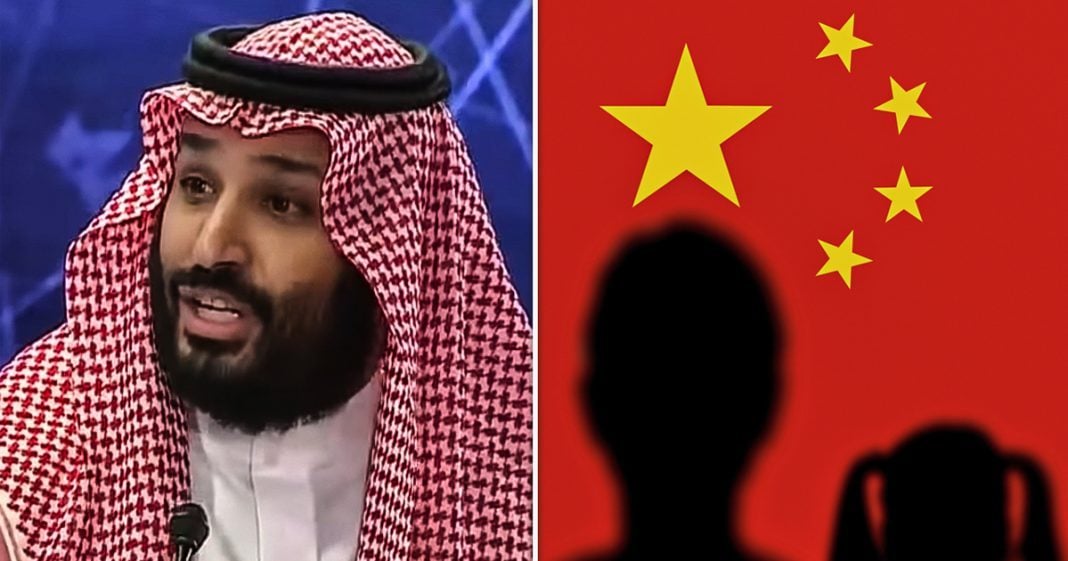 Via America’s Lawyer: President Biden has spent months disavowing US ties with Saudi Arabia, so why is a $650 million arms deal now back on the table? Plus, a Harvard scientist has been convicted of concealing financial ties with the Chinese government, while actively trying to recruit his colleagues to do the same. Mike Papantonio & Farron Cousins discuss more.

Mike Papantonio:             A major arms deal is on the way for Saudi Arabia, a sign that president Biden is not gonna be keeping a major campaign promise. Farron Cousins from trial lawyer magazine joins me to talk about it. You know, this is a big surprise because I remember the big campaign was he was beating on Trump how Saudi Arabia, you know, dirtbag pariah and they are, and now his promise was, well, we’re gonna start taking their money away from ’em. And now that seems to have changed overnight, huh?

Farron Cousins:                  Yeah, absolutely. And in fact, you and I sat here 10 months ago actually and we talked about how he was canceling the arms deal because that was the big announcement. He said, we are not going through with this. It’s completely off the table. And then as the year went on and of course there’s been plenty of other distractions for him, it quietly took place behind the scenes and what’s even worse is that you had all of these Democratic lawmakers who had opposed the plan under Donald Trump, were very outspoken about it. He even got them to go a along with it now. You know, so now instead of this big wall of opposition, it’s slowly crumbling and these people who were never gonna be okay with the arms deal are now saying, well it’s okay because Saudi Arabia has to defend themselves.

Mike Papantonio:             All these Democrats who were saying, this is the worst idea to arm these people who were, were involved with the Khashoggi incident. We knew the Saudi prince over there is a nut job. He is a total lunatic. And we said, we can’t sell him anymore. But not, that’s all changed overnight, huh?

Farron Cousins:                  Well, and, and it’s even more terrifying too, because we’ve also had plenty of very credible reports over the years that some of the weapons we are selling to Saudi Arabia are ending up in the hands of the very terrorists who are turning around and killing Americans in the Middle East. So we’re selling them to Saudi Arabia. They’re, you know, we can’t say for certain because obviously we don’t know, but somehow Saudi Arabia is letting the bad guys get their hands on these weapons and they’re killing us with them.

Mike Papantonio:             Okay. And what we’re gonna see is all the, the, the weapons industry talking heads all over MSNBC, all over CNN because that’s who they hire.

Mike Papantonio:             They hire people directly from the weapons industry to come on the air and talk about how this is such a great idea, even though virtually, I mean the Democrats were a block.

Mike Papantonio:             Almost totally against the idea of doing this and all of a sudden it’s different. As you pointed out, their argument is, ah, well now we understand. Now this is gonna be done so Saudi Arabia can protect themselves from the evil Yemen rebels, right?

Farron Cousins:                  Well, and, and one of them specifically mentioned, we’ve gotta protect the oil flow coming from Saudi Arabia. So they’re given up the game here. They’re very transparent. We want their oil and so we’re gonna have to continue to appease them by giving them these weapons every year, every couple of years, whatever it is. And, and they’re using them again, we know what they’re carrying out in Yemen. They are killing children. They are killing innocent civilians. But this is.

Farron Cousins:                  Right, and this is not a defensive move by Saudi Arabia at all. This is absolutely Saudi Arabia going on the offensive in Yemen. We also know, as you pointed out, what they did with Khashoggi. We, we know about the human rights abuses they do with their own citizens.

Mike Papantonio:             Do you understand that there’s some writers that have said that they suspect that he was watching Khashoggi be dismembered, that they had a two-way video and this idiot, this, this little freak that’s put himself in charge of Saudi Arabia was sitting there watching it. Uh, yeah. Let’s, let’s sell ’em weapons.

Mike Papantonio:             A Harvard scientist has been arrested for working on behalf of China and failing to disclose his financial ties to the country as he recruited other scientists to do the same. This story is interesting on so many levels because of what’s happening in the Universities all over the world. Corporate America is now in charge of telling these professors, you come work with us, come work with us and you’re gonna make a lot of money. This is just one of those stories, just a different take on it.

Farron Cousins:                  It, it, it absolutely is. And of course, this one is a, a, a little bizarre here too. You’ve got this Harvard professor. He is approached by the, what was it, the Wuhan University of Technology and they say, hey, come do some research for us, which is totally legal, by the way. So everybody understands. What’s not legal though, is that he had a Chinese bank account that he didn’t disclose.

Mike Papantonio:             You understand this is becoming a criticism of Fauci now, this connection, this connection up to. Not the, the, the criticism is being that the, the pharmaceutical industry is run by a cabal, a very small cabal that they run all parts of the pharmaceutical industry. Now, these folks, these, this kind of Harvard professor here is being sucked into that. We see it in cases every day, where some cat from Harvard or Princeton or Yale, the company, the, the, the drug company approaches them. Look at Duke University. It is like, they’re turning ’em out like a fire hose, these scientists who will say anything for corporate America. That’s what this is, isn’t it? I mean, to me, I don’t know how to look at this any other way.

Farron Cousins:                  It, it really is. And part of it is because of the failures that we have with the higher education system today. These professors, you know, just two decades ago were 90% of the faculty. They’ve now moved to 75% across the country here.

Farron Cousins:                  So they’re paying people less. They’re cutting off tenures. They’re getting rid of the good professors. The few that are left, there’s no money in it. So they’re almost squeezing them to the point and I know they have a moral, they could, you know, act on their morals, but they’re squeezing them so that some of these folks are left with little alternative to say, listen, if I want to get by, I’m gonna have to, you know, put my moral compass aside and go work with these corporations. So I think that’s a part of it too that gets overlooked sometimes.

Mike Papantonio:             Yeah, and we’re seeing it virtually every major pharmaceutical case, every major environmental case, we’re seeing ’em turn up from Duke University, Princeton, Harvard, where they come in and they will say any thing the corporation wants. It’s kind of fun because the cross examination of these folks is so much fun. But the point being it, it’s really an ugly statement about what’s happening in higher education.

Farron Cousins:                  Well, and they have lists of them too, just so everybody understands. There’s lists of these professors that the corporations use they go to, they’ve got broken down by category.

Mike Papantonio:             They have services. They, these folks will say what you want ’em to say, we’ll get ’em for you and they’ll protect you in trial.