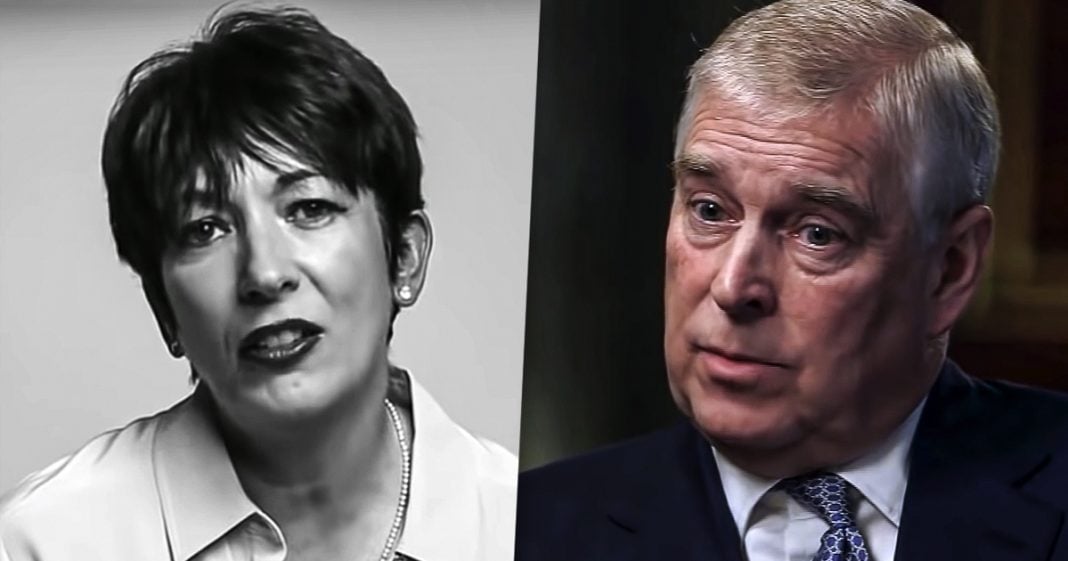 Via America’s Lawyer: Time is finally up for Ghislaine Maxwell. The late Jeffrey Epstein’s former girlfriend and co-conspirator is now convicted of sex trafficking underage girls and could spend the rest of her life behind bars. Filling in for Mike Papantonio this week, Farron Cousins is joined by RT Correspondent Brigida Santos to give the details.

Farron Cousins:                  Jeffrey Epstein’s longtime co-conspirator Ghislaine Maxwell has been found guilty of sex trafficking and other crimes for recruiting and grooming underage girls for Epstein and herself to sexually abuse. Brigida Santos joins me now with this story. So Brigida, let’s start at the very top here. What crimes has Maxwell been convicted of?

Brigida Santos:                   A jury has found Ghislaine Maxwell guilty of conspiring with Jeffrey Epstein for a decade to recruit, groom and sexually abused female children. Now, she has been convicted on five of six federal counts related to the sex trafficking of minors and faces a maximum sentence of 65 years in prison. Maxwell’s lawyers are now appealing and in the meantime, prosecutors are reportedly reviewing Maxwell’s little black book of contacts in search of witnesses so they can pursue anyone else who committed a crime with her and Epstein. A sentencing date has yet to be scheduled. Now it’s possible she could strike a deal with authorities to lessen her prison time by naming names, but she and Epstein got away with their crimes for at least a decade and with so many global elites and leaders in their orbit, it remains to be seen whether she reveals additional secrets. She has not done that yet so far.

Brigida Santos:                   This is the second time he’s done this. Now prince Andrew’s legal team currently says that accuser Virginia Roberts Giuffre can’t sue him based on the terms of the 2009 settlement agreement that she made with Jeffrey Epstein. The agreement reportedly contains a clause requiring her to release, acquit and forever discharge any other person or entity who could have been included as a potential defendant against claims she makes in state or federal lawsuits. Now she signed that in exchange for $500,000. In this case, Giuffre is suing prince Andrew in a civil lawsuit, as you just said, seeking damages for allegedly raping her when she was a minor, after she says she was trafficked by Jeffrey Epstein. Now the Royal of course denies the rape allegations and his legal team is now using the terms of that 2009 settlement to try to get the case thrown out. The details of that settlement have been confidential until now and were made public only as part of that ongoing civil case. So it’s now up to the judge to comb through the fine print and determine whether the clause blocks Giuffre’s lawsuit, or whether it can move forward.

Farron Cousins:                  You know, hopefully they do find something in there obviously that will allow this to move forward. Not just so that she can get justice on this, but because it has to be exposed, you know, Epstein and Maxwell did not operate in a vacuum. You know, they were trafficking these girls, not just for themselves, but for other individuals as well and I think everything needs to be flushed out in the end of this. So, after this Maxwell verdict, Epstein’s old lawyer, Alan Dershowitz appeared on an interview with BBC world news. And why is the British broadcaster getting slammed for this segment?

Brigida Santos:                   Because the BBC did not disclose Dershowitz’s ties to the case when presenting him as a commentator during that segment about Ghislaine Maxwell’s conviction. Dershowitz was previously part of Epstein’s legal team and he helped negotiate that 2006 non prosecution deal on Epstein’s behalf. Dershowitz himself has also been accused by Virginia Giuffre of raping her when she was a child via trafficking by Epstein, very similarly to how she accused prince Andrew. Yet the network omitted all that information and only introduced Dershowitz as a constitutional lawyer. He then used his airtime to commend the prosecution for not calling Giuffre as a witness in Maxwell’s trial and attacked his accuser’s credibility. The interview led to a slew of complaints by viewers and the BBC has now issued an apology stating, last night’s interview with Dershowitz did not meet the BBC’s editorial standards as he was not a suitable person to interview as an impartial analyst. We did not make the relevant background clear to our audience and will look into how this happened.

Farron Cousins:                  This was absolutely, I, I, I don’t feel like this was an accident by the network at all. This isn’t an oopsy moment. No. They knew what they were doing. They’re just upset they got busted for it. But Brigida Santos, thank you so much for talking with me today.