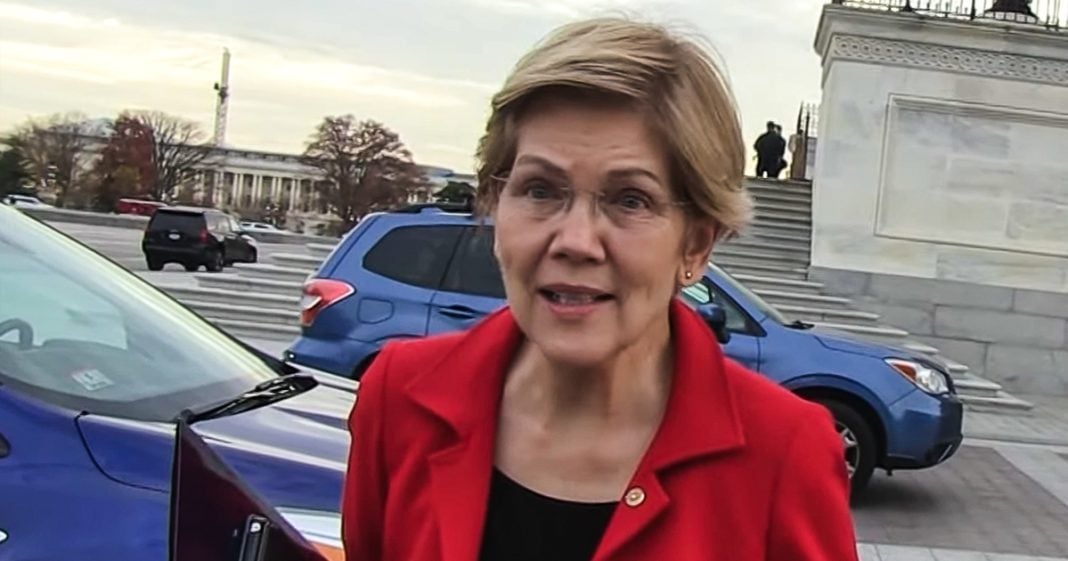 Via America’s Lawyer: Senator Elizabeth Warren goes after Kroger and Publix grocery stores for fattening profits over the past year by price gouging. Filling in for Mike Papantonio this week, Farron Cousins is joined by attorney Michael Bixby to discuss more.

Farron Cousins:                  Senator Elizabeth Warren blasted grocery stores CEOs recently for using hyperinflation to price gouge consumers. All right, Michael, look, we know inflation off the charts right now and in fact, it’s actually expected to go up in the coming months. Consumers are getting hammered. So Elizabeth Warren comes out and she says, listen, grocery store CEOs, this is where most Americans are feeling this squeeze. We know what you’re doing here. We know inflation is bad. But you’re taking it to a whole new level. So, you know, what, what do we know about what’s going on here?

Michael Bixby:                    Well, sure. So we, we know that the prices are going up 6%. We know that there’s tens of millions of Americans who are having trouble with just being able to get enough food, get enough resources. And I think it’s a fair inquiry. It’s a fair question of, of, if you’re posting these record profits, inflation exists. That’s something they have to deal with. You can get to the root causes of why does inflation exist? There’s a lot of reasons for it. It’s a complicated question. But the question of what exactly and who’s making this decision, I think important for consumers to know, so that individuals can say, I, look at this grocery store, they actually have price gouged to this level. And this grocery store has been fair with it. I think the information’s necessary for consumers to be able to act with their feet and say, I’m not gonna shop at this place because it’s not something the average person knows. It’s not something I know, unless that information’s made publicly available.

Farron Cousins:                  Absolutely consumers vote with their wallets. We, we’ve known that for a very long time. And if they know, okay, listen, the three grocery stores, she pointed out Kroger’s, Publix ,Albertson’s. Those are the ones she sent the inquiries to, to the CEOs. So if a consumer looks at this and says, okay, well I have a Publix here, but there’s a different grocery store over here. Maybe I need to go to this other one instead. Maybe if, if these grocery stores are doing what she’s suggesting they’re doing, that’s a good opportunity for consumers to do this. But as you point out, if they don’t know, they can do nothing about it.

Michael Bixby:                    That’s exactly. And that’s why I support this, because it’s the inquiry where individuals can make their own decision. But if you get down to it, I mean, Farron, if you really wanna focus on one of her points was they’re posting record profits. And it’s funny that you mentioned it’s Kroger and Publix. Those are a couple of the stores that are involved in the, in the opioids cases. They, they have pharmacies attached to them and they’re defendants in opioids cases where they have prescribed and, and made profits off of a lot of these dispensing of the opioid prescription. And those are defendants who had frankly, fairly poor systems in place to actually monitor and stop this from creating the opioid epidemic. So the, the way that they’re making profits isn’t just from one source. It’s not a one track mind. You also look at these companies like Kroger, for example, has received I think it’s over $50 million of, of state and local taxpayer assistance, subsidies, welfare, and they’ve received 80 plus million of government loans, bailouts subsidies. So you, you talk about these places, I’m okay looking at it and saying, oh, you’ve got a problem with the profits. But the question is, why are we, why are we putting these corporations on welfare? Why do they deserve to be put on welfare? And I think that’s another big question to ask beyond just inquiring into, are you price gouging? Are you using unfair competition? But it’s like, why are we, why do we continue to give these corporations bailout money?

Farron Cousins:                  Absolutely fair question. And it is interesting. We gotta move on in just a second, but I do want to just hit on what you said too. The pharmacies at these particular grocery stores and of course we know administering vaccines. They’re not having to pay for these things. They’re bringing people in. So that could also play a role. There’s a good chance, there’s a chance, I won’t say a good chance, all the profits are justified. Right. You know, we don’t know for sure. Hopefully this inquiry does move forward and we get answers, but there’s a lot of other factors. And I think the pharmacy’s something I never thought about. So, so thank you for pointing that out.