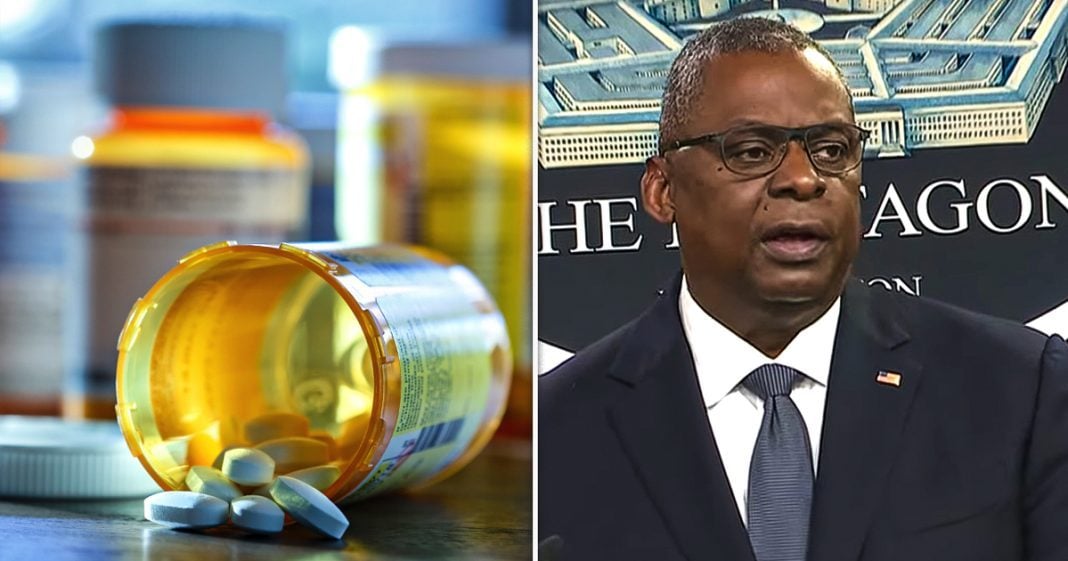 Via America’s Lawyer: The DOJ finds a former DEA official abused their power by helping a pharmaceutical company increase their drug quota. Mike Papantonio & Farron Cousins discuss more. Plus, the US Secretary of Defense finally orders a probe into US airstrikes that killed civilians in Syria back in 2019. RT Correspondent Brigida Santos joins Mike Papantonio to explain why it took so long to investigate these deadly airstrikes, and whether we can expect to see any accountability in the ranks.

Mike Papantonio:             The DOJ says that a former DEA official abused his power by pushing favors for a drug company that he went to work for after leaving the government. Love this story. This is one that we see all the time, isn’t it? It’s a revolving door, right?

Farron Cousins:                  It, it, it, it is. And, and what I like about this, I obviously don’t like that it happened, but you and I talk all the time, we, especially in recent weeks about how folks listen up, there’s this revolving door, and this is the example of it. Listen, this individual and they won’t say if it was a man or a woman, they won’t tell us what drug company it was, of course, but they abused their power at the DEA to increase a quota for addictive drugs that this drug company was manufacturing. Because as it is right now, the law says you’re making an addictive substance you cannot create more than X amount of pills. Well, they wanted to create more pills than that because it makes them more money. So this individual comes out, single handedly gets the system to increase this quota and then it says, by the way, I’m leaving you. I’m going to work for.

Mike Papantonio:             Look, here, here’s the problem. It’s not just here. It’s the EPA. It’s the FDA. It’s the SEC. It is virtually every organize, DEA. It’s every organization we outta be counting on to police and regulate, right? Let me, let me remind you of the story we did. Loretta Lynch, all right, she was the, she was the attorney general. Together at one point, it was, it was Eric Holder and Loretta Lynch, the HSBC case. Now this is a great example. HSBC gets caught for terrorism, washing money for terror, right? They signed a six page document. Yes, we did that. Yes, we know it lost, that human’s life was lost because of it. Yes, we made a hundred billion dollars. Eric Holder and Loretta Lynch fined them 1.6 billion. Guess where Loretta Lynch went to work? Went to work for the, for a law firm that, oh, by the way, specializes in defending folks like that.

Mike Papantonio:             Defending the HSBCs. She’s their chief litigator and negotiator with these kinds of cases. How about Eric Holder? Eric Holder had the opioid industry all gathered up. Could of prosecuted them in Colorado. Let them go. Guess where Eric Holder goes to work? He goes to Covington Burling where he was before and only it’s a bigger job. It’s a bigger office and it’s more money. That’s what’s happening in this country and we seem to just whistle through the graveyard, kicking the can down the, down the road, because this just doesn’t seem important.

Farron Cousins:                  Right. And this individual, because the, it was the DOJ watchdog group, not the DOJ criminal prosecution group or whatever. They’re not bringing charges against this person. You abused your power. You got special favors for a company. Then of course, the company turns around, hires you for I’m assuming a much higher salary than you were making at the DEA and nobody gets in trouble. We can’t even know who the person is.

Mike Papantonio:             Hits ’em for 1.6 billion, they made a hundred billion. They killed American contractors, killed American soldiers by washing money and its okay. I gotta tell you something, man. There’s gotta be a quick turnaround to all this or it’s just gonna continue. It is a race to the bottom where it comes to regulation.

Mike Papantonio:             Defense Secretary Lloyd Austin knows he has a problem and the problem is civilian casualties are mounting up every time there’s a new operation, it seems like in the Mid-East, we hear some, a story like this. Brigida, why don’t you lay this out for us just a little bit.

Brigida Santos:                   Yeah. The public is only now learning about the previous undisclosed airstrike in Syria that killed about 80 people because reporters published an investigation based on confidential documents and witness testimony, forcing US central command to acknowledge it for the first time. Now, the airstrikes took place in 2019 in Bāghūz, Syria, just days before the fall of the Islamic state. An air force lawyer who witnessed the attack said he immediately flagged the strike as a possible war crime, because it is illegal to kill civilians. The DOD’s inspector general conclude, conducted an investigation, but that report was stalled and no mention of the strike was even included. So in light of these now very public allegations, Defense Secretary Lloyd Austin is launching a new investigation.

Mike Papantonio:             Well, isn’t this something, I mean, you know, good for Lloyd Austin. Okay. You know, the truth is this was a product of pure incompetence. Children were killed, 70 civilians in, indirectly affected by this and it just seems to be a story that repeats itself. What’s your thought?

Brigida Santos:                   Yeah. And we keep seeing it repeat itself and the chances are slim to none that Task Force 9, which was in charge of the ground operations in Syria at the time, will be held accountable. CENTCOM has already justified the strikes claiming immediate action was necessary to protect allied troops from imminent threat despite military officers saying that no threat was present. It’s also unlikely that they’ll be punished because weeks ago the Pentagon revealed the findings of its investigation into the August drone strike in Kabul that killed 10 civilians from the same family, stating that the military made quote, an honest mistake in confusing its civilian target with terrorists. We also haven’t seen any accountability for the deaths of nearly a million civilians that have been killed in Washington’s war on terror over the past two decades.

Brigida Santos:                   Yep. A family of six were just wounded in Northern Syria on Monday by a US airstrike targeting an Al-Qaeda leader. In response, a central command spokesperson says quote, we abhor the loss of innocent life and take all possible measures to prevent them. The possibility of a civilian casualty was immediately self-reported and we are initiating a full investigation of the allegations and will release the results when appropriate. But again, we see the US military investigating itself in another reported civilian casualty event and as we just covered, we’ve seen the outcome of it’s self investigations.

Mike Papantonio:             We started with that first strike that we all remember that took place where we had seven children killed and it, my memory was that the, the, the family that was hit, the father was actually an aid worker there in Afghanistan. Did I get that right?

Mike Papantonio:             Nobody’s been fired from that case, from what I understand. Thank you for joining me. Okay.