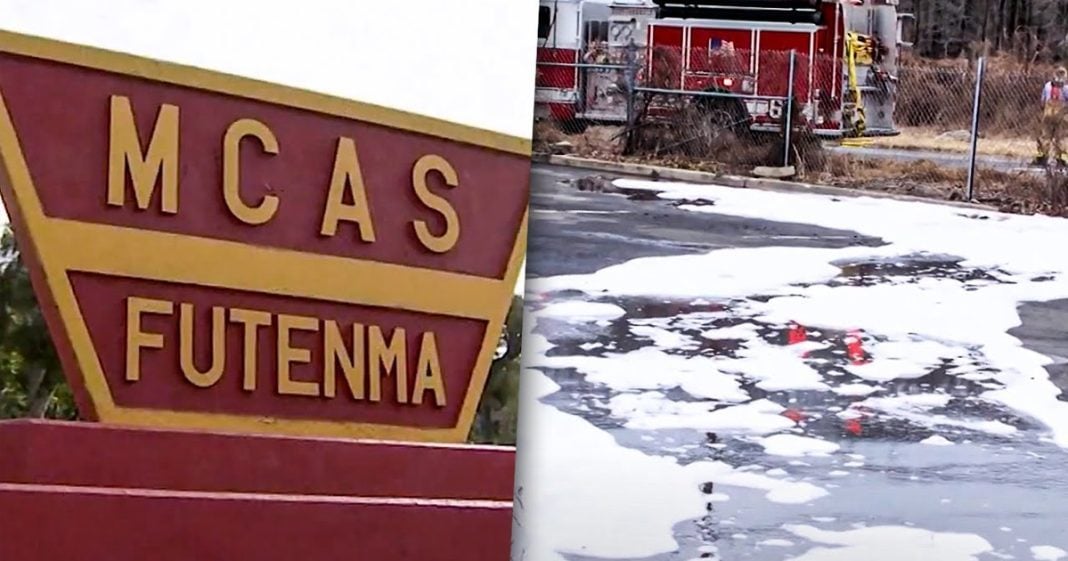 Via America’s Lawyer: Dangerous levels of toxic chemicals known as PFAS have been detected around U.S. military bases in Japan. Filling in for Mike Papantonio this week, Farron Cousins is joined by attorney Michael Bixby to discuss more.

Farron Cousins:                  Alarming levels of toxic chemicals called PFAS, which are also known as forever chemicals, have been found near military bases in Japan, posing serious health hazards to those in the area. Joining me to talk about these dangers and a lot of other stories is attorney Michael Bixby. So Mike let’s jump right into this, right. We have talked plenty of times on this show about these PFAS chemicals here in the United States and now we’ve got them on military bases poisoning the water around Okinawa. So, so kind of give us a, a good picture of what’s happening here.

Michael Bixby:                    Sure. So we know about these chemicals. They have been around for decades, unfortunately, and, and they’re getting everywhere. I think in particular, in the military base, they were using it in, in foam, fire foam for practice exercises. And then they, they were dumping this actually where the authorities in Japan said, don’t, don’t put this in the sewers. And unfortunately, and for reasons that I can’t understand the military said, we’re just gonna dump it anyway, even though we know this stuff is toxic. And if you get back to it, the companies who manufactured this stuff like DuPont and 3M, where these originated, that’s the real culprit here. But then you have to be asking yourself the question of why is the military dumping this where they’re not supposed to in Japan? Somebody that should be our ally and we’re sitting here ignoring what they’ve asked us to do. I think that’s a significant problem, Farron, of, of what are we creating here, where we’re putting toxins things that can cause cancer, things that can cause all kinds of other problems to 20 times the acceptable level, 20 times.

Farron Cousins:                  And, and we’re talking about a, a water system here that feeds 450,000 people. So nearly half a million people have been drinking this infected water and, and something Mike Papantonio loves to point out here is all it takes is one drop of this to contaminate I, I believe an Olympic size swimming pool. And if you were to drink that water for a full year, the odds of you developing cancer, it, it, it’s almost a guarantee at that point.

Michael Bixby:                    Sure. And it goes up so significantly here because it’s, it’s, it can’t get out. It’s not like you just apply a Brita filter and, and this solves the problem. When you say forever chemicals, that means these, these per, these are not biodegradable. They’re persistent. They stay forever. So when we continue to see these being used and the problem is not fixed, which is nearly impossible to fix, this is causing great concern and it causes a bigger concern from what the corporations are doing, where they’re feeding the US military something. And the US military, unfortunately, is using it in a negligent manner. It’s inappropriate and it’s unacceptable.

Farron Cousins:                  Right. So, so there is kind of a chain of command here, as you point out, obviously the military should not be dumping it over there. But at the same time, they’re just using what they have and they have to use this firefighting foam, especially at the air force bases, that becomes a vital part of what they do and it could cause significant harm not using firefighting foam. So we do have to go back to the companies. We have to go back to 3M. We have to go back to DuPont. And, and to me, you know, it almost looks like we’re looking at kind of a whole new level of potential liability for them, maybe in the future. I’m not sure how that, you know, would, would play out specifically, because they have been held accountable in US courts over this. But it looks like there’s other dangers in other countries that could possibly come up.

Michael Bixby:                    That’s, I think that’s exactly right, is that you’re gonna see new liability created because it’s not all the damage isn’t immediate. Some of this takes time to develop in people. And I think they need to be held accountable. When somebody does something intentionally they know and you’ve talked about it on this show before about what they knew about these chemicals before they distribute them, before they put it in the hands of the military. So accountability is a must. It needs to happen.