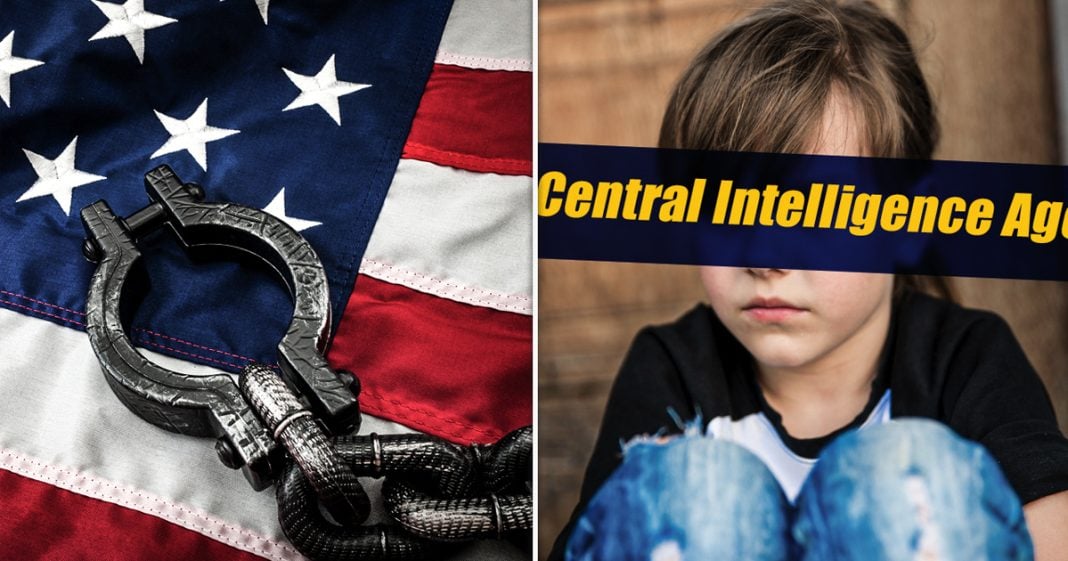 Via America’s Lawyer: Hundreds of Central American migrants are being smuggled across the US southern border and forced into modern-day slave labor. Also, a new investigation reveals the CIA has been covering up evidence of sex crimes against children committed by their own agents. Mike Papantonio & Farron Cousins discuss more.

Mike Papantonio:             A federal indictment was unsealed recently that shows hundreds of migrants from Central America are being smuggled into the US and forced to work as slave labor in Georgia and other parts of the country. Farron Cousins from trial lawyer magazine joins me now to talk about it. Farron, you know, there’s all this discussion about the border. Two parts of the discussion that the media won’t touch. I don’t know why they won’t touch it, whether it’s a political volleyball or what it is, political hot potato, they won’t talk about that these kids are being sex trafficked. Okay. We know that. We’re handling sex trafficking cases. We know firsthand what’s happened. Media’s not talking about it. But this slave, this is absolute 2021 slavery, not just in Georgia, but they were finally caught in Georgia. Pick it up.

Farron Cousins:                  Right. This, this was an organized crime ring of what they uncovered just in the state of Georgia. They’re bringing these people across the border, of course, illegally. Once they get here, they take all their documentation, much like they do with sex trafficking victims. They force them into these conditions, into these, you know, big giant warehouses almost and they say, listen, you work for us now. You can’t go anywhere. You can’t do anything. We have your documentation. Go out there, start picking the onions and for every basket of onions you bring back, we’ll give you 15 cents. And that is essentially how this scam works. So these people have no way out and it’s not even like they can go to authorities to say something because they’ve been brought into the country illegally and there’s no way out.

Mike Papantonio:             It is nauseating to me because the narrative, you know, the narrative that the corporate media wants you to believe is this is all out of compassion. We’re bringing these people across the border out of pure compassion. The US Chamber of Commerce and, and, and, and business America, they’re not, they don’t care about compassion here. They’re bringing ’em over to the border because it’s cheap labor, you see. Used to be we had to ship our jobs overseas for cheap labor. Hell, bring them in now, make them work for $2 an hour. And, and these working conditions they found out, they weren’t allowed to leave the facility. The, the, they were drinking contaminated water, contaminated food, and they weren’t even permitted to have a chance to leave the facility. I, I, I don’t know why the media won’t talk about it other than this, it doesn’t fit the Biden and Kamala Harris narrative. That’s why they’re not talking about this. That’s why they’re not talking about these children that they can’t find are being sex trafficked.

Farron Cousins:                  Well, and, and we also, you know, you brought up the Chamber of Commerce. We gotta hit back on that because that organization, the Chamber of Commerce has been fighting against any kind of immigration reform. It’s one of few areas where they don’t agree with the Republican party because the people who are a part, the corporations that are a part of the Chamber, they rely on this cheap labor. And, and it’s a lot of food, food processing plants. You know, I think Tyson actually was a big part of that several years ago in another story that we had covered here, because they like the labor. We just saw the plant busted, what was it, two years ago in Mississippi, I think.

Mike Papantonio:             Yeah. And, and it’s all about, oh, you know, this is a, we’re bringing them across for compassion. I can promise you the US Chamber of, of Commerce doesn’t give a about compassion and the media won’t talk about it because it doesn’t fit that tight little Biden, Kamala Harris discussion. It’s a disgusting story. We’re gonna do more on it. It’s, it’s really a story that is being ignored.

Mike Papantonio:             A new investigation has found that the CIA has been covering up evidence of sexual crimes against children by their own agents. Wow. This headline on this is, this is their talking point, CIA, they got ’em dead rights. Child molestation, use of all types of child pornography on, at the CIA headquarters. And you know what their response is? We can’t prosecute them because we’re afraid that we’re gonna give up secrets if we prosecute them.

Farron Cousins:                  Which is what’s happening here. Prosecuting somebody for these sexual crimes, which some of them have admitted to or as you said, they’ve been caught red handed and you think somehow that’s gonna give up state secrets. That is absolutely irrelevant to any prosecution that would take place here. What matters is the crime they committed and of course the abuse of their office, you know, many of them using office equipment to look up child pornography, to store child pornography, to, to get off on pictures of abused children, one of them was.

Mike Papantonio:             Oh yeah. I mean, we’re not just talking about, we’re talking about children being physically abused and some perve working for the CIA it’s right on their computer. They’ve got it all dead to rights and the CIA says, oh, well, you know, we’re afraid if we prosecute that person so many secrets are gonna. Really? I mean, I guess the combination is you can be a perve, you can be a serial perve and work for the CIA and never be prosecuted for it. That’s what this story stands for, doesn’t it?

Farron Cousins:                  Oh, absolutely. And so far over the last couple years, they’ve had 14 instances that these investigative reporters at BuzzFeed found, and that’s just what they were able to find. God knows it’s probably well more than that. So 14 instances, 10 individuals fired or resigned. They were given the chance to resign.

Mike Papantonio:             Under normal terms. Every one of them could have been prosecuted. The US attorney, they buy in. Of course, you know my attitude about the US attorney’s office.

Mike Papantonio:             If it ain’t, if it’s not low hanging fruit, they won’t mess with it at all. It’s the most dysfunctional organization that we’re counting on to, to, to abide by law, make people abide by the law. But here the CIA, I swear God, the bottom line is you can be a serial pervert, child abuse, child pornography. You can have it on your computer, you know, and we know it’s illegal that anybody else would’ve been prosecuted for, they walk. One person, one outta 14 prosecuted.

Farron Cousins:                  Well, and, and we have other government agencies where this has been happening as well and those agencies actually did prosecute these individuals.

Farron Cousins:                  Right. And so what is the difference there? You, okay, you have state secrets. CIA has state secrets. These people, they weren’t worried about prosecuting them without, you know, giving up the game. So there is a big disconnect. It’s total BS, to be honest with you, that these prosecutors won’t bring charges against these people.

Mike Papantonio:             Oh, it’s, it’s laziness, man. It’s laziness and they’re worried about, you know, are they gonna lose their job by overstepping their, their, their power. That’s all it’s about. You know, but the CIA these are their words, we can’t allow them to testify. This is what the CIA says about these perves. The other thing that they say is it will, it’ll take years, this is, this is their, this is their response to this. We’d love to do something about it, but it would take years to provide the documentation because we have to clean it up. That’s our CIA at work.