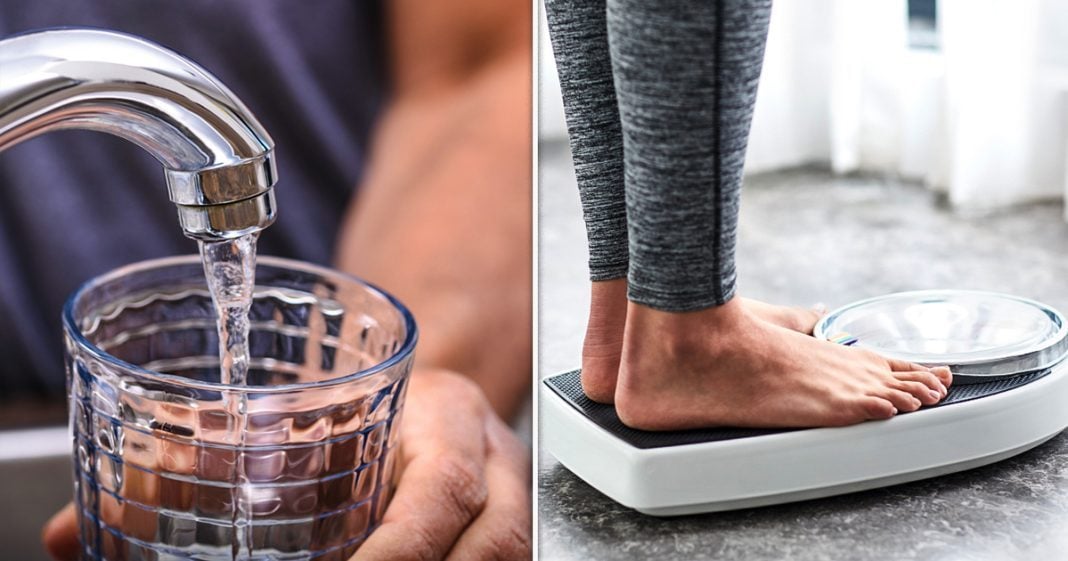 Via America’s Lawyer: Many are cheering President Biden for signing the $1.2 trillion infrastructure act into law, which includes $10 billion to help address PFAS contamination in America’s drinking water. But is it enough to clean up the mess?. At the Mass Torts Made Perfect conference in Las Vegas, RT’s Brent Jabbour, filling in for Mike Papantonio, sat down with attorney Joshua Harris to discuss the countless products that remain tainted by these forever toxins, while lawsuits continue to mount against industrial manufacturers 3M and DuPont. Also, in February 2020, the FDA requested the popular weight-loss drug Belviq be pulled from stores shelves after the medication was linked to increased risks of cancer. More than a year later, it turns out there are even more dangerous side effects that were never disclosed to the public. Attorney Stephen Luongo talks about the ongoing litigation against the drug’s manufacturers.

Mike Papantonio:             A lot of people are cheering president Biden for signing the trillion dollar infrastructure act into law, which includes provisions to help tackle PFAS contamination in America’s drinking water, but it isn’t enough to clean up the mess. It’s not even close. No, moreover, taxpayers shouldn’t be paying for it. At the Mass Torts Made Perfect conference in Las Vegas, RT’s Brent Jabbour sat down with attorney Joshua Harris to discuss the countless products that remain tainted by these forever toxins.

Joshua Harris:                     Well, these chemicals, PFAS and PFOAs are, are what people refer to as forever chemicals. They’re manmade chemical compounds mainly manufactured by 3M and DuPont. And what they do is when they seep into the, the ecosystem, especially in water, they can exist for tens of thousands of years or when they start combining with water it could be a million years before their half-life is over. The problem that we’re seeing now is that these chemicals are used in, in almost everything that we interact with. They’re in fast food wrappers, they’re in rain coats. That’s the, the Teflon on your non-stick pan. It started off with Rob Bilot in the Ohio River Valley. What he noticed was that the water contamination issues were causing deaths in farm animals and it was causing issues with people who worked at DuPont and 3M chemical plants making these compounds. So they looked into it and that’s what started the C8 litigation.

Joshua Harris:                    Oh, it, it’s extensive. There’s preeclampsia, there’s, you know, minor effects, migraines, headaches, and then there’s things that get as bad as ulcerative colitis, cancer. I mean, death. We’re, we’re seeing a broad gamut of injuries that can be affected or caused, I should say, by these forever chemicals. The issue is that they’ve seeped over into almost every facet of life. They’re in the fast food wrappers. So, you know, double cheeseburgers from McDonald’s there’s these forever chemicals and those. The, the bowl from Chipotle, the, the to-go bowl, they’re, that’s in there. You know, your raincoat, your Teflon in your non-stick pan, those are all C8 chemicals, PFOAs, PFOS that are now in everyday life. And what we’re seeing is that they use this, they’ve marketed this for firefighting foams. So in industrial sites and military bases and airports, what they have is the firefighting foam. And they see in the training experiences, when they use these foams to try to put out fires, it seeps into the ecosystem and seeps into the ground. And what it does then is as it gets, you know, the rain and seeps deeper down into aquifers and moves throughout the land, it goes to where crops are and it’s coming up in food. So it’s just completely taken over and there’s no way to get rid of these chemicals.

Brent Jabbour:                    And, and obviously the, the issue being, unfortunately, that there’s no way to get rid of these chemicals as they’ve seeped into water supplies or food, but what, where is litigation against the companies that have allowed this to happen?

Joshua Harris:                     Oh my gosh. We know that at least in the sixties that they, they had documents on it. That’s what we saw in the C8 trials. That’s what we’re seeing in these PFOA, PFOS trials. And, and they, they knew, they knew that, that this was a bad chemical. They had it tested, they even referred to it, they said that, you know, instead of changing the chemical, they were gonna stick with the devil we know, and saying that they were gonna stick with that C8 chemical knowing the harms and effects that it had. They’ve known it. The EPAs done studies on it since then and they’ve reported it. Even in the sixties, the EPA reported it as an emerging chemical of concern saying, we don’t know if this is gonna be safe enough to put out in the environment. But what DuPont and 3M did was they downplayed the risk factors of it and push it so they could sell it. And for DuPont, I mean, this was a billion dollar a year business for them. I mean, it was going everywhere. It could go. So they wanted to do everything they can to keep it alive at the risk of all these lives and all these people who have been affected and dying.

Joshua Harris:                     The firefighting foams are still out there. It’s still in the wrappers and things that we talked about. So yeah, they, they still manufacture this stuff as is of now. The EPA’s tried to slow it down, but it’s not been the most effective

Mike Papantonio:             Back in February of last year, the FDA requested the popular weight loss drug Belviq be pulled from the store shelves after medication was linked to increased risk of cancer. More than a year later, turns out there are even more dangerous side effects that are associated with it. RT’s Brent Jabbour spoke with attorney Stephen Luongo about the ongoing litigate against drug manufacturers.

Stephen Luongo:               Thanks for having me. So Belviq was originally developed in 2012 and it’s a drug that is designed to help with weight loss. And what it does is it actually tricks your brain by changing the serotonin level to make you feel full or have less of an appetite. So that drug was developed by Arena pharmaceuticals in 2012, like I said, and was approved by the FDA in 2012 for its release into the, the general market with the caveat that they needed to do follow up testing. A five year plan was done and then that’s where we’re now seeing the effects of this carcinogens that are coming through the usage of Belviq and the, the painful and long lasting effects.

Stephen Luongo:               As I said, the study was done over a five year period. They, they had about 14,000 participants in it in which they reviewed the use of Belviq versus a placebo effect. And what they came to is that the patients that were using Belviq acquired or were, were unfortunately diagnosed with cancer up to 8%. So obviously a very high number. Those cancers that were believed to have been caused by Belviq are pancreatic, colon cancer, as well as lung cancer.

Stephen Luongo:               So right now there is what’s called a MDL or a multidistrict litigation being formed, and that’s being formed in Louisiana. They have been filing motions throughout the country, because as, as you know, with this experience and with it being on the market for several years there’s cases throughout the country and what an MDL does is try to help solidify centralize this litigation so that it helps the claimants. It helps the, the court process it for judicial economy and that’s being done right now in Louisiana. The court is ruling or expected to rule on whether or not that creation will go forward in, in, in order to really enhance the litigation, like I said.

Brent Jabbour:                    And, and is the study the sole reason? I mean, the FDA basically had said, what the regulator said, okay, we’ll approve this with the contingency that you do this study. And, and essentially it seems kinda weird and we’ve talked a little bit about the regulation aspect of a lot of these situations is that the FDA says, yeah, we could put on the case or on the, on the shelves, but we really don’t know everything about it. And so do the regulators have a problem with that?

Stephen Luongo:               Well, and, and that’s gonna be the, the interesting point that we find out through the litigation and through discovery is what did the company know and when did they know it because they released a product out into the public, they’ve harmed people. They, they’ve, people have died because of their product that was supposed to help them with weight loss. And we need to know those answers. Those answers need to be answered and, and found out through discovery. We know that for a fact, the FDA did recall the drug last year in 2020. So now it’s off the market. And, and, and hopefully that will help obviously the, the, the general population. But the, the lasting effects are still there. The, the cancerous effects are still there and hopefully discovery will show us whether or not this company knew their product was harmful.

Stephen Luongo:               So what they’re, what we’re seeing is increased heart rates, nausea, vomiting. There’s, there’s been mental and, and mental health issues that have been affected, or at least claimed to be participating from the, the Belviq, from the drug. And, and as we’ve talked about before in, in programs, the FDA approved this drug with the caveat, hey, test it later. So really when we come down to are our regulators protecting us and are they doing a good job at it?

Brent Jabbour:                    Well, I was gonna say, is that a problem? And do we see that regularly when it comes to the approval of drugs that the FDA says, yeah, put it on the shelf, sell it to the general public, make a profit on it and we’ll figure it all out later?

Stephen Luongo:               I mean, you would think not. And as a public, we wanna believe that our regulators are there to protect us, but we have a drug, as we’ve mentioned several times that is changing the chemical makeup of your brain and that they say, okay, you’re approved for now, go test it later. To me, that’s a red flag. That’s a problem.

Brent Jabbour:                    Well, and it seems like also when regulators are approving drugs, when they’re approving any medical device, they’re also saying, hey, we are not doing our own research. We don’t actually look into this. We’re relying on you or other outside entities. Correct?

Stephen Luongo:               Yeah. And that, that is correct. And that’s how it’s been operated and, and, and hopefully through the continued litigation, that things like that will change.

Mike Papantonio:             That’s all for tonight. Find us on Twitter and at Facebook on facebook.com/rtamericaslawyer. Also stream us live on YouTube and be sure to check RT’s new portable app where you can watch all your favorite shows. I’m Mike Papantonio, this is America’s Lawyer where every week we tell you the stories that corporate media is ordered not to tell because their advertisers won’t let ’em and because their political associations don’t allow for it. Have a great night.