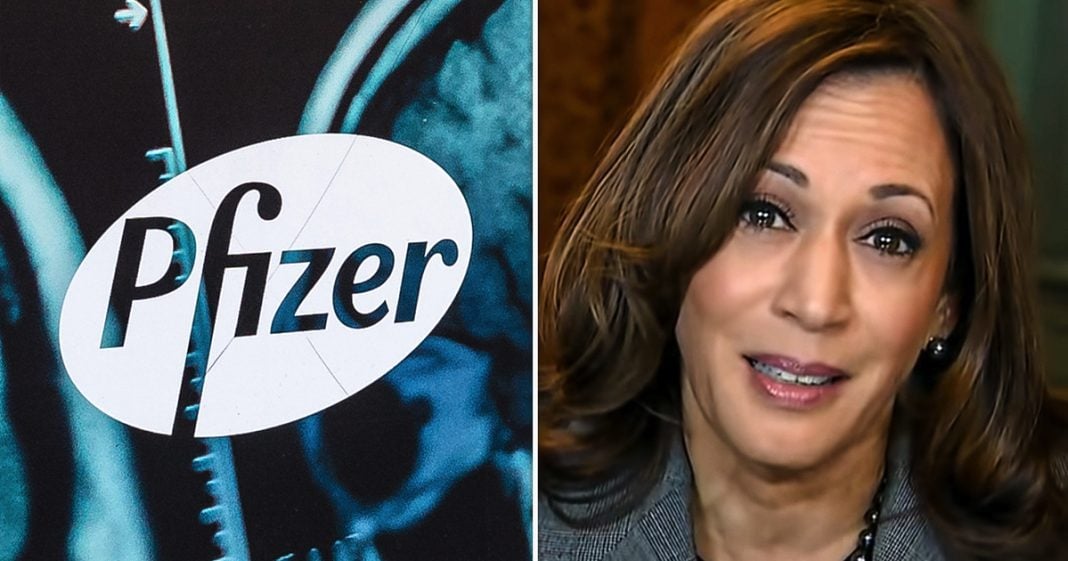 Mike Papantonio:             The false claims act was passed more than 150 years ago to prevent corporations from ripping off the government and tax payers and big business is now flooding DC with corporate money to weaken this law. Farron Cousins from trial lawyer magazine joins me to tell us what’s happening. No surprises here either. Every time we do one of these ugly stories about Pfizer they’re always at the edge of ugly. Here, this is a company, Pfizer, they were hit, they were hit for $2.3 billion for fraud just recently. Okay. And now, and, and, and, and the government collects $67 billion a year from all of these corporate fraudsters stealing from tax payers. But now the big effort is to end that, right.

Farron Cousins:                  Right. You actually had Republican Senator Chuck Grassley of all people has introduced legislation that would strengthened the false claims act because over the years court decisions have basically defanged that entire act. And I’ll get to that in a minute. But Chuck Grassley says, listen, I understand fraud against the government’s a bad thing. I’ve got this bill bipartisan effort Democrats signed on as well to say, we’re gonna strengthen the protections. We’re gonna make it even harder for employees to retaliate, or employers to retaliate against employees. You know, we’re gonna strengthen those protections for the workers and we’re gonna make sure the government doesn’t get scammed. Because what happened was you have court rulings all the way to the Supreme Court that say, listen, you can’t, you cannot pop these corporations for false claims if you are still paying them for their contracts.

Mike Papantonio:             Yeah. The, the argument is called materiality and it’s a, it’s a ridiculous argument. It’s, it, this, we talk all the time about how dangerous it is. We pay attention to who wins in legislature, who wins for the president. But these courts, they change laws that are good for, they’re good laws. They’re solid laws. And these cats come in and say, oh no, you know, most of these federal judge appointments like it or not come from corporate America. They, they’re silk stocking lawyers that work for defense firms. Nothing changes about the way they view the world. They think that the consumers are riffraff and that corporations are always right. In this situation they took the fangs out of this law, right?

Farron Cousins:                  Yeah. Because they said, listen, fraud is exposed but then the government makes any more payments on that contract as, as they’re legally obligated to do.

Farron Cousins:                  Then of course you can’t say that they defrauded you because you’re still using their services. And in most instances, when you’re talking about for instance, a defense contractor, you can’t just immediately sever that contract. You do still need their services or else you’re going with out vital potentially, you know, life altering services in many of these instances. And the judges saw that loophole.

Mike Papantonio:             Nothing is further from the truth. I think of, I think the last three administrations there were more corporate, you know, corporate types appointed to the federal judiciary than anytime in American history. And we want to think, oh, well, when they put on the black robe are gonna really care about consumers that they’ve spent their entire career trampling on as corporate lawyers. And this is a great example. And, and, and unfortunately there’s gonna have to be a regroup on this because you know what, you have corporations that were involved in Afghanistan that stole more money, it was blinding, blinding, the amount of money that they stole. And these judges are giving them a free pass because they said, well, you know, if they stole, you shouldn’t have made another payment. Really? A bureaucracy is gonna adjust to that, that quickly.

Mike Papantonio:             Vice president Kamala Harris is having to overhaul her staff after burnout and downright frustration has plagued her office throughout the year. And, you know, this story Farron, that here, here’s the description. This is the description that comes from her staff. She is a soul des, these are their words, soul destroying incompetent bully. That’s what they say about her. And there’s a mass exodus. Nobody wants to be around Kamala Harris because she’s like voodoo. She is like absolute voodoo for people’s career.

Farron Cousins:                  Well, and, and, and look, we saw a lot of this and I talked about it at length during the Trump administration. So of course it’s totally fair to call her out for the same kind of behavior. She clearly was not ready for this position.

Farron Cousins:                  And we had actually spoken recently about her going out with Buttigieg, you know, to try to sell this. But as we learn more about this story, it appears more likely that Buttigieg was kind of tasked with going out there and being the face because this administration, I truly believe does not trust her.

Mike Papantonio:             They are terrified of her. If you look at, it’s look, here’s the list of this is her staff. This isn’t, this isn’t me or you saying this. Infighting is out of control. Frustrated workers are at all time high. She’s erratic. She’s slow to move. She’s a bully, which kind of surprises me. She said they, they describe her as a politician a drift without a plan. Disorganized. These are all words that are coming from her own staff. Lack of vision. So now, you know, the White House has gotta be reeling saying, oh my God, she’s the next one that’s gonna takeover after Biden, it ain’t gonna happen. It’ll never happen. And it won’t happen with Buttigieg either.

Farron Cousins:                  Well and, and, and, you know, listen, she was a fairly decent Senator. She wasn’t so great over, you know, as the prosecutor or attorney general in California, horrible record over there. But I’m struggling to find out what in her record made this administration think that she would be a competent pick for vice president. What does she have in her history that would indicate that she would be able to get the job done? And I understand a lot of it, people may not want to hear this, a lot of it’s political pandering.

Mike Papantonio:             Well, okay. Why, where did she come up and this is, this is the tell tale. How did she do in the California primaries?

Mike Papantonio:             My memory is, this is her state and she was almost last. So when you have a staff that these aren’t my words, these are directly from what they’re saying about her and they’re leaving at a rate that she can’t even control. By the way, these, if you go back and look, she had these same staffing problems in California.

Farron Cousins:                  Right. And, and you know, I haven’t obviously seen, seen that behavior publicly. But look, we could probably use a little bit of political bullying right now. That would be a good side of her.

Farron Cousins:                  To bring out there. But so far it’s, where is she? What is she doing? Is she helping this administration in any way? And the answer is, no. Biden would’ve been much better picking Elizabeth Warren for this position.

Mike Papantonio:             Go and look, they have, they have some reels of her that ridiculous gaggle that, that, that guffaw that she has every time she’s put under pressure, she starts with this weird laughter. These things are all over the.