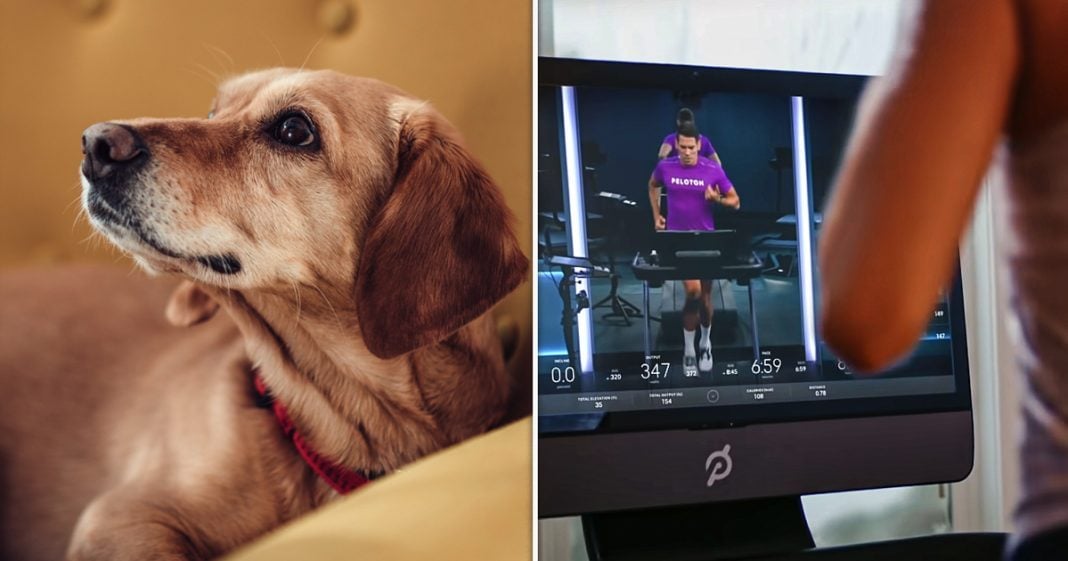 Via America’s Lawyer: Regulators that rushed the 2012 approval of Seresto flea collars could be responsible for tens of thousands of pet injuries. Mike Papantonio and Farron Cousins discuss more. Also, Peloton is being investigated by the DOJ and Homeland Security over its problematic treadmills which have caused serious injuries and even the death of a child. Attorney Stephen Luongo joins Mike Papantonio to explain how the exercise equipment company is embroiled in lawsuits over their product recalls.

Mike Papantonio:             The popular flea collar Seresto has been linked to tens of thousands of pet injuries, including the deaths, 2000 deaths of pets from this. You know, just because we’re talking about pets, this is a, an important story. Okay. You got people like our home where our pets are kind of part of the family.

Farron Cousins:                  This truly is another story of pure EPA corruption. Starting back in 2015, when Seresto was originally manufactured by Bayer, I think about a year ago, it moved over to Elanco medical health for pets. But anyway, 2015, the EPA starts getting all these reports from people, I had a Seresto flea collar on my pet. They’ve now got this skin condition. They’re shaking uncontrollably. They’re having seizures, they’re vomiting and they’re dying. And so all the way back then starting six years ago, the EPA was flooded with these reports. And so they said, okay, well we will look into this. So they dragged their feet. They’re slowly looking into Seresto. At the same time, though, you had the Canadian health organization saying, ah, Bayer, we’ve looked at all the adverse event reports that you provided us.

Mike Papantonio:             And Bayer, our own government tries to influence the Canadian government, don’t they?

Farron Cousins:                  Right, right, right. Canada says, we’re, you can’t sell Seresto. Here in the US, EPA calls up Canada, their health agency and says, oh, could you give them a break? Would you please allow Seresto to be sold in Canada? We know that their own materials that you’ve seen and we’ve seen says it’s killing pets. But just go ahead and cut them some slack.

Mike Papantonio:             Well, they’re saying the same thing that the pharmaceutical industry says when they kill people. No, it’s not our drug. It’s something else. Here’s what they know. They own the media. The media is not going to do story on this. I mean, you’re going to see very few stories about this. The media won’t do it because of advertisers. They advertise on ABC.

Mike Papantonio:             It’s all over the place. Okay. So they, they know that they’ve paid their, their science prostitutes. They’ve gone to universities, regulatory agencies, hired people who are nothing but prostitutes and will say anything for the right amount of money. They’ve got that. They own the regulatory because they make deals with regulators. Hey Joe, if you will work with us on this, when we get done, we’re going to get you a job and we’re going to pay 10 times what you’re making right now. And of course they own Congress because all they have to do is spread around money. We’ve seen this case time and time again. We saw it with Yaz. Remember with Bayer that case I tried down in Texas. My God. It just, we see it all the time and right now we have an EPA that, they’re just out of control. They’re not, they’re not incompetent. They’re corrupt.

Mike Papantonio:             They’re borderline criminals. And I hope, like I say, I hope they sue me because I want to take the depositions. I want to have some of those people across the table telling me, now, why did you give this company a break. How did that work?

Farron Cousins:                  Well, and in this specific case too, with Seresto, and again, the documents that were obtained by USA today, this is truly a, an evil, evil story here between Bayer and the US EPA. And I hope people don’t dismiss it just because, oh, it’s flea collars. No, this absolutely tells the perfect story of how in bed these organizations are, our regulatory agencies are, with these companies.

Mike Papantonio:             Peloton is being investigated by the department of justice and homeland security, interesting, over its problematic treadmill, which caused serious injuries and even death in a child. Meanwhile, the exercise equipment company also faces lawsuits over their product recalls. I have Stephen Luongo joining me now to talk about this. This story has been kicking around for a long time, you know, and we’ve done this story before. And for some reason, the folks, I guess, that don’t have anything to do, that want to criticize everything happens in a show like this say, well, these are just stupid kids. They’re, you know, stupid. It’s, blame it on the parents. Blame it on the stupid kid. That’s far from what’s happening here, isn’t it?

Stephen Luongo:               Absolutely. And what really set this investigation off with Peloton is that a six year old was killed. That happened earlier this year in March of 2021. And then from that point, the consumer product safety commission got involved, started doing research as far as what is the design of this treadmill? The Peloton treadmill plus is really what the product is. And what they’re finding is that the interlocking slats that they have are creating a dangerous situation, as well as needing higher elevation in order for the treadmill to work properly. And that’s, what’s causing pets and small children to be harmed and unfortunately death in one case.

Mike Papantonio:             Yeah. So what happens, we see it happen all the time and it’s important to understand what I’m about to say here, a company gets sued or they, a regulatory agency comes after them and says, look, you’re really, you’re really doing something wrong. Most of the time, it’s not regulatory agencies because most of the regulatory agencies don’t operate properly at all. Most of them are totally dysfunctional. But the case comes in and a lawyer brings a case. Now the, what ends up happening is the company then goes to their lawyer. Some big firm, you know, where there’s a ton of silk stocking lawyers, thousands of silk stocking corporate white shoe lawyers. And they’re told whatever you do say it ain’t our fault. It’s not our fault. And the reason they do that is because they get billable hours. If they can create a lawsuit by convincing that producer, that it’s not, it’s not their fault. Then they start making money. We see it all the time, don’t we, Steve?

Stephen Luongo:               We have a similar timeline in this case. So we have the death of the six-year-old in March. We have in April, the consumer product commission saying your product is dangerous telling Peloton to take it off the market. Immediately their CFO, John Foley, comes out and makes a public statement saying, no, there’s no reason to stop using our treadmill. It’s perfectly fine. Continue to use it as is. And then a month later they recall that statement and say, you know what, we were wrong and we should have recalled the product a month ago.

Mike Papantonio:             Yeah. And we see it time and time again. I mean, we see it to where some big national law firm has to bill, you know, $800 million a year just to keep their doors open. So they get a product like this. The first advice they get is deny, deny, deny. It’s not your product that caused the injury. It’s the stupidity of a parent, it’s the stupidity of a child. It’s not your problem. And that’s exactly how this unfolded, didn’t it? And then all of a sudden, they say, wow, you gave us some bad advice. That’s my guess here of what, what happened, because we see it all the time.

Stephen Luongo:               You’re not off, you’re not wrong and you’re not far off because now because of the CEO coming out, making that statement and then fighting the commission and delaying the recall of the product, they are under investigation by the SEC. That’s what brought it back in the news, the filing on Friday. And then what was new was that the department of justice is investigating them as well as what you mentioned earlier, the homeland security.

Mike Papantonio:             Yeah. Okay. So the best advice that I give to a company like Peloton, I mean, sometimes we’re asked to talk to these corporations saying, where are we screwing up? They screw up by going to these silk stocking law firms that have every interest in billable hours to perpetuate their business, to keep their doors open. So they get involved in this long-term litigation, ends up costing the company a billion dollars just in law, just in the cost of hiring lawyers for them. And at the end of the day they have to pay anyway. This is exactly what happened with Peloton. Peloton is a decent company. They make a good product. I mean, they really do. Less than 6% of the people that, that have the Peloton bike actually have this product.