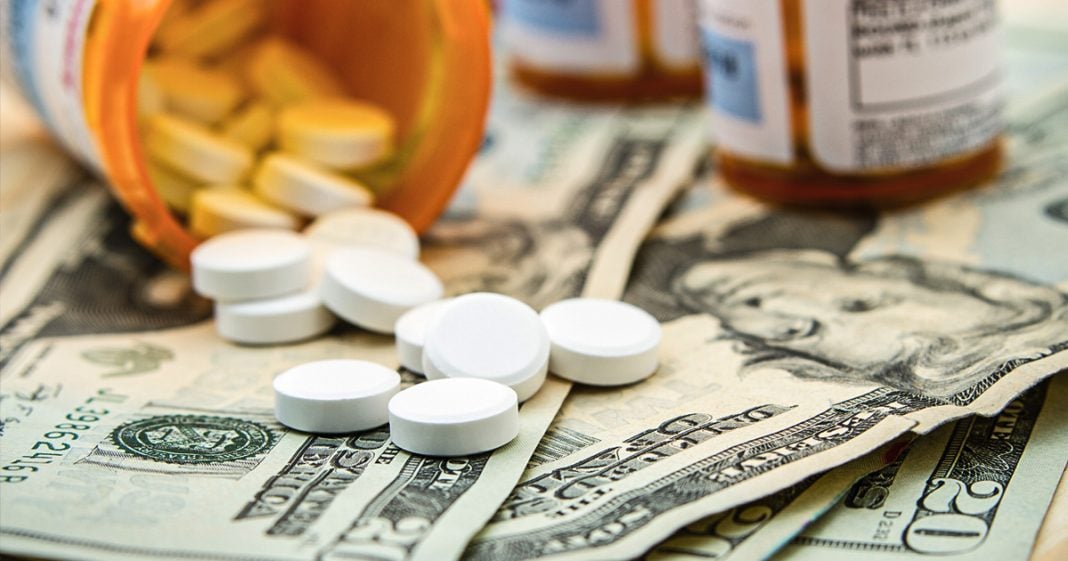 Mike Papantonio:             The DOJ says that a former DEA official abused his power by pushing favors for a drug company that he went to work for after leaving the government. Love this story. This is one that we see all the time, isn’t it? It’s a revolving door, right?

Farron Cousins:                  It, it, it, it is. And, and what I like about this, I obviously don’t like that it happened, but you and I talk all the time, we, especially in recent weeks about how folks listen up, there’s this revolving door, and this is the example of it. Listen, this individual and they won’t say if it was a man or a woman, they won’t tell us what drug company it was, of course, but they abused their power at the DEA to increase a quota for addictive drugs that this drug company was manufacturing. Because as it is right now, the law says you’re making an addictive substance you cannot create more than X amount of pills. Well, they wanted to create more pills than that because it makes them more money. So this individual comes out, single handedly gets the system to increase this quota and then it says, by the way, I’m leaving you. I’m going to work for.

Mike Papantonio:             Look, here, here’s the problem. It’s not just here. It’s the EPA. It’s the FDA. It’s the SEC. It is virtually every organize, DEA. It’s every organization we outta be counting on to police and regulate, right? Let me, let me remind you of the story we did. Loretta Lynch, all right, she was the, she was the attorney general. Together at one point, it was, it was Eric Holder and Loretta Lynch, the HSBC case. Now this is a great example. HSBC gets caught for terrorism, washing money for terror, right? They signed a six page document. Yes, we did that. Yes, we know it lost, that human’s life was lost because of it. Yes, we made a hundred billion dollars. Eric Holder and Loretta Lynch fined them 1.6 billion. Guess where Loretta Lynch went to work? Went to work for the, for a law firm that, oh, by the way, specializes in defending folks like that.

Mike Papantonio:             Defending the HSBCs. She’s their chief litigator and negotiator with these kinds of cases. How about Eric Holder? Eric Holder had the opioid industry all gathered up. Could of prosecuted them in Colorado. Let them go. Guess where Eric Holder goes to work? He goes to Covington Burling where he was before and only it’s a bigger job. It’s a bigger office and it’s more money. That’s what’s happening in this country and we seem to just whistle through the graveyard, kicking the can down the, down the road, because this just doesn’t seem important.

Farron Cousins:                  Right. And this individual, because the, it was the DOJ watchdog group, not the DOJ criminal prosecution group or whatever. They’re not bringing charges against this person. You abused your power. You got special favors for a company. Then of course, the company turns around, hires you for I’m assuming a much higher salary than you were making at the DEA and nobody gets in trouble. We can’t even know who the person is.

Mike Papantonio:             Hits ’em for 1.6 billion, they made a hundred billion. They killed American contractors, killed American soldiers by washing money and its okay. I gotta tell you something, man. There’s gotta be a quick turnaround to all this or it’s just gonna continue. It is a race to the bottom where it comes to regulation.