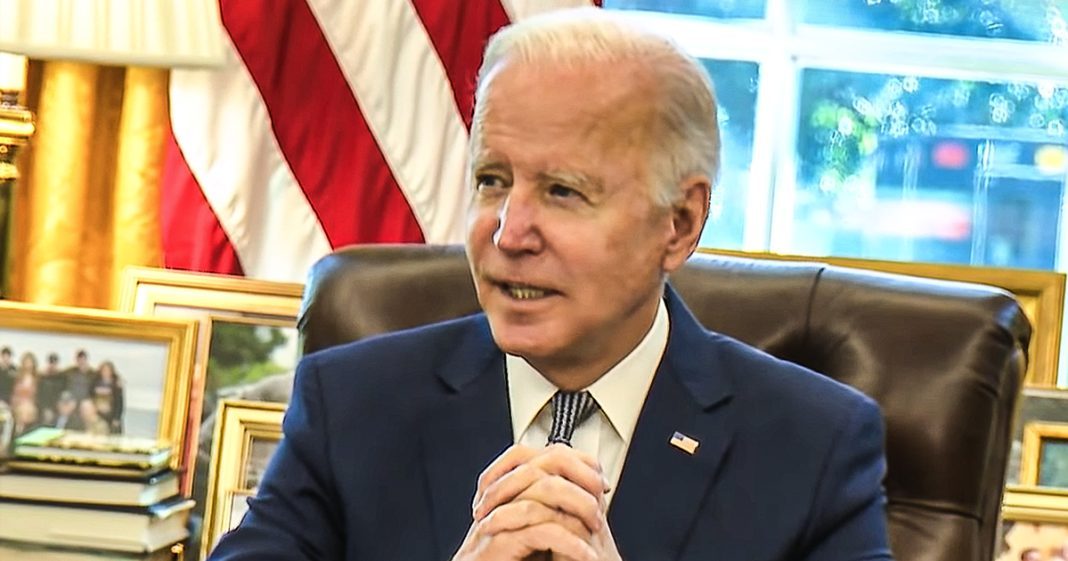 Via America’s Lawyer: President Biden’s legislative agenda is hugely popular – so why is he struggling so much with an underwater approval rating? Mike Papantonio & Farron Cousins discuss more.

Mike Papantonio:             President Biden’s legislative agenda is hugely popular. So why is he struggling so much? Why is he underwater on approval rating? The answer is the messaging and I have Farron Cousins back with me to explain what’s happening. Excellent article, maybe one of the best late articles I’ve seen in a long time Lilly Luthborrow did this article where she kinda lays it out what’s happening. Why is this man accomplishing things that nobody seems to even care about? What’s your take?

Farron Cousins:                  Well, it, it is a really interesting dynamic because we still have the build back better act that would provide huge, tangible benefits to the American public and they understand that. It, it is overwhelmingly supported by the public. Unfortunately not by a lot of the politicians who are working on it and this would be a huge signature achievement for the Biden administration. He should be out there every day telling people we’ve gotta get this passed, your lives will be better materially better with this and, and we don’t we don’t hear the message. It’s not there.

Mike Papantonio:             Yeah. It’s gobbledygook, you know, that’s what, that’s what we have. We have gobbledygook coming from him. We’ve got whispers, we’ve got disjointed explanations. We’ve got something that sounds like, you know, a bureaucratic explanation. There’s no charisma. There’s no outrage. There, there’s no excitement. There’s no feeling of heart. And it’s his handlers that are protecting him. His handlers are saying, oh, we can’t put, we can’t expose him because we’re afraid of gobbledygook. I mean, that’s, that’s really what this is about, isn’t it?

Farron Cousins:                  It, it really is. And, you know, if you look back too, think all the way back to 2000, 2004, Al Gore, John Kerry, no personality. As bland as humanly possible. And, and that’s what Biden has become and, and it is a combination of obviously horrible, horrible handlers. Another big thing is age. His age is catching up with him and he is not able to be the way he once was. You know, when we look back, think of when Obama signed the affordable care act and you had your excited Joe Biden there, you know, he accidentally gets caught on camera with a profanity.

Mike Papantonio:             And I, I mean, at some point you gotta move from that teleprompter and feel it in your heart. These are great policies that he’s trying to sell. I mean, they, they, they, they should be policies that, that we should be proud of. But you’ve got obstacles. You know, what, what gets in the way is you got for everything positive he does, you’ve got the supply chain problem. You got the Omicron problem. You’ve got inflation. You’ve got an economy that looks bad. You’ve got all of these things that he can’t overcome because he does, it’s like he doesn’t have the energy or power to project these very important policy decisions he’s making.

Farron Cousins:                  Oh, absolutely. And another reason you want to keep him kind of away, you know, from the press away from the podium as much as possible is because there’s also some not very good things happening in this administration and they don’t want to have to answer for that to the Democratic base. A good example of that, bureau of land management right now is approving 333.

Farron Cousins:                  New oil and drilling, oil and gas drilling projects per month, 40% more than the first three years of the Trump administration. So he doesn’t, you don’t wanna your base off with that, but at the same time, you’re risking not even energizing them.