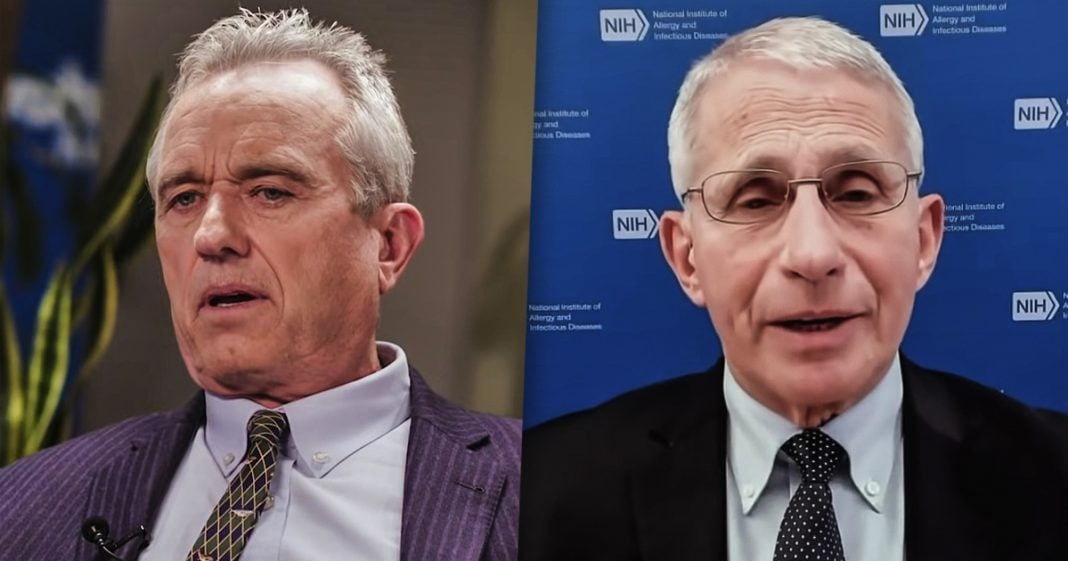 Mike Papantonio:             Jeffrey Epstein’s long time madam is on trial and we’re learning a lot about the famous people who’ve been involved in some truly disgusting behavior. There’s no surprise, again, this is one of those things where you and I have been talking, we started talking about, we started talking about Epstein three years before he was on the corporate media radar. Right?

Mike Papantonio:             I’m seeing something develop it’s really bothering me right now. Bobby Kennedy, for example, is friend of mine has been for a long time. Now, Bobby was on the plane one time with his family that they went fossil hunting and they literally was transported because of that. The first time it’s ever been mentioned is all of a sudden Bobby Kennedy and his family were on the Epstein plane, New York Times.

Farron Cousins:                  Well, I, I, I think overall with the Epstein stuff again, we’ve heard it from Bobby directly. Yes, I was there. My, my, my family was there. My, my wife at the time was there. We went fossil hunting for the day. They brought us right back. And even the pilot again says, I don’t see this person. So it is very weird. Obviously that one, the defense lawyer would ask about this, you know, why bring this name in there suddenly?

Mike Papantonio:             But the first time his name ever emerged is Bobby’s book comes out about Fauci. He’s all over the networks talking about, you know, Fauci has got some issues and all of a sudden, this is the first time I see his name. I, I just think it to me, there’s gotta be more to this story is what I’m trying to suggest.

Farron Cousins:                  Well, well, you know, look, there’s other names that I think warrant some very severe, I mean, downright investigations at this point. Why was Ghislaine Maxwell at the Clinton wedding?

Farron Cousins:                  Why is she photographed there? Why is Donald Trump partying in the video with Epstein and they’re whispering to each other? Those two most powerful men in the country at one time.

Farron Cousins:                  If there’s some kind of stuff going on there with these men and this guy, we’ve gotta know that and I’m, I’m frustrated that we still don’t have answers to that. And Democrats say, oh, this is bad for Trump. Republicans say, oh, it’s bad for Democrats.