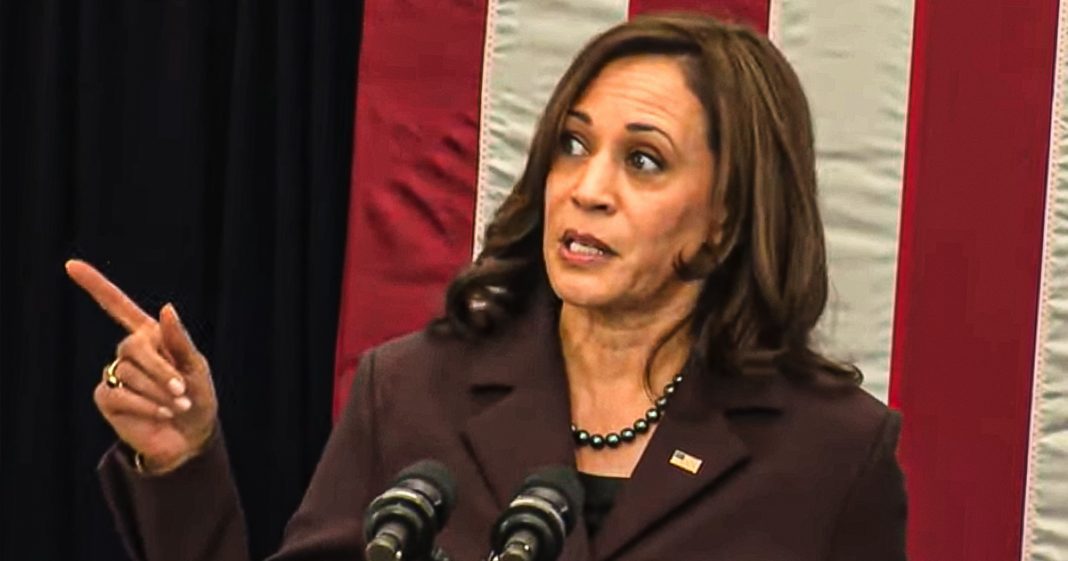 Mike Papantonio:             Vice president Kamala Harris is having to overhaul her staff after burnout and downright frustration has plagued her office throughout the year. And, you know, this story Farron, that here, here’s the description. This is the description that comes from her staff. She is a soul des, these are their words, soul destroying incompetent bully. That’s what they say about her. And there’s a mass exodus. Nobody wants to be around Kamala Harris because she’s like voodoo. She is like absolute voodoo for people’s career.

Farron Cousins:                  Well, and, and, and look, we saw a lot of this and I talked about it at length during the Trump administration. So of course it’s totally fair to call her out for the same kind of behavior. She clearly was not ready for this position.

Farron Cousins:                  And we had actually spoken recently about her going out with Buttigieg, you know, to try to sell this. But as we learn more about this story, it appears more likely that Buttigieg was kind of tasked with going out there and being the face because this administration, I truly believe does not trust her.

Mike Papantonio:             They are terrified of her. If you look at, it’s look, here’s the list of this is her staff. This isn’t, this isn’t me or you saying this. Infighting is out of control. Frustrated workers are at all time high. She’s erratic. She’s slow to move. She’s a bully, which kind of surprises me. She said they, they describe her as a politician a drift without a plan. Disorganized. These are all words that are coming from her own staff. Lack of vision. So now, you know, the White House has gotta be reeling saying, oh my God, she’s the next one that’s gonna takeover after Biden, it ain’t gonna happen. It’ll never happen. And it won’t happen with Buttigieg either.

Farron Cousins:                  Well and, and, and, you know, listen, she was a fairly decent Senator. She wasn’t so great over, you know, as the prosecutor or attorney general in California, horrible record over there. But I’m struggling to find out what in her record made this administration think that she would be a competent pick for vice president. What does she have in her history that would indicate that she would be able to get the job done? And I understand a lot of it, people may not want to hear this, a lot of it’s political pandering.

Mike Papantonio:             Well, okay. Why, where did she come up and this is, this is the tell tale. How did she do in the California primaries?

Mike Papantonio:             My memory is, this is her state and she was almost last. So when you have a staff that these aren’t my words, these are directly from what they’re saying about her and they’re leaving at a rate that she can’t even control. By the way, these, if you go back and look, she had these same staffing problems in California.

Farron Cousins:                  Right. And, and you know, I haven’t obviously seen, seen that behavior publicly. But look, we could probably use a little bit of political bullying right now. That would be a good side of her.

Farron Cousins:                  To bring out there. But so far it’s, where is she? What is she doing? Is she helping this administration in any way? And the answer is, no. Biden would’ve been much better picking Elizabeth Warren for this position.

Mike Papantonio:             Go and look, they have, they have some reels of her that ridiculous gaggle that, that, that guffaw that she has every time she’s put under pressure, she starts with this weird laughter. These things are all over the.