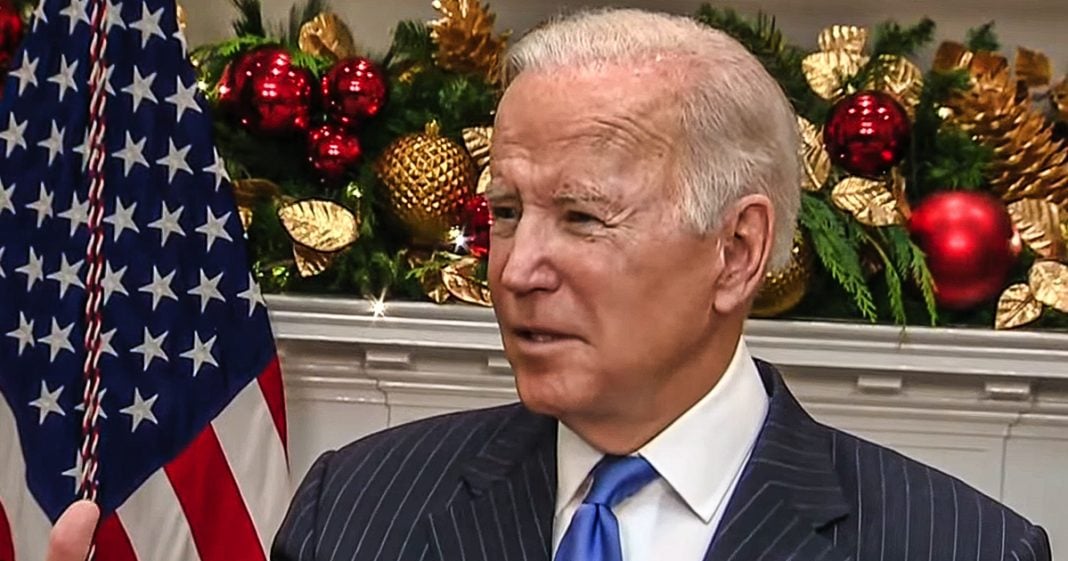 Via America’s Lawyer: Rampant inflation is torpedoing President Biden’s approval rating, which has yet to bottom out. Mike Papantonio & Farron Cousins discuss more.

Mike Papantonio:             President Biden’s approval rating has taken another hit as inflation fears are taking center stage for American voters. Farron, you know my, in order to get ready for this first time we did this story, I looked at what all the polls showed. How do we quantify the polls? The polls were reacting to cancel culture, no question. That was effect, according to some of these polls, wrap around wokeness, it’s the new term, wrap around wokeness. If it ain’t woke, then we’re not going to talk about it. Immigration, the human trafficking, the children being trafficked in, now the, finally the public’s paying attention to that. The economy, gasoline, the ever-present, the ever-present apparent concern that, that we have about the health of Biden. These are all real issues, man.

Mike Papantonio:             We might have to get the FBI to come protect us from because of hate mail that we’re going to, but that’s okay.

Mike Papantonio:             It’s his department of supply. And no matter how often you say, well, you know, he’s home with his child and that’s a good thing. Okay. Maybe it is. But the point being, when you look at an upcoming midterm election, Buttigieg right now is out campaigning with Harris. Okay. In swing states for Democrats. Do you want that? I mean, with what’s going on. But the whole point is that along with his, there seems to be no bottom to his, to the disapproval of this president right now.

Mike Papantonio:             And I really do believe, I think one big factor that’s, it, it’s all these other things we talked about. It’s like a really bad version of Jimmy Carter, who I really liked. Jimmy Carter was a very likable decent man. That’s not projecting with Biden.

Farron Cousins:                  Right. Well, and part of it too is just Biden has surrounded himself with just absolutely unqualified people. And you know, I, I’m, I’m okay with Buttigieg being at home. That’s fine.

Farron Cousins:                  Because I think the, the agency might fare better without him there. He was a small town mayor that suddenly becomes Secretary of Transportation here in the United States, a position which he is absolutely not qualified for. And I think we need to understand that a little better too. It’s great that you were a mayor. It’s great that you ran for president. Sure. Wonderful. There’s a wonderful documentary saying how great you are right now. But that doesn’t mean you can handle the job. And I think we need more politicians from both parties who look at their own cabinets and say, you know what, you’re not cut out for this. I like you. You’re a nice guy. But you can’t do the job. If you’re running any business in the country.

Mike Papantonio:             You’d be fired. 12 to 15 point drop since spring in Biden’s approval rating and it doesn’t seem to have a bottom and you’ve got Buttigieg and Harris out there as the talking heads in the swing elections.