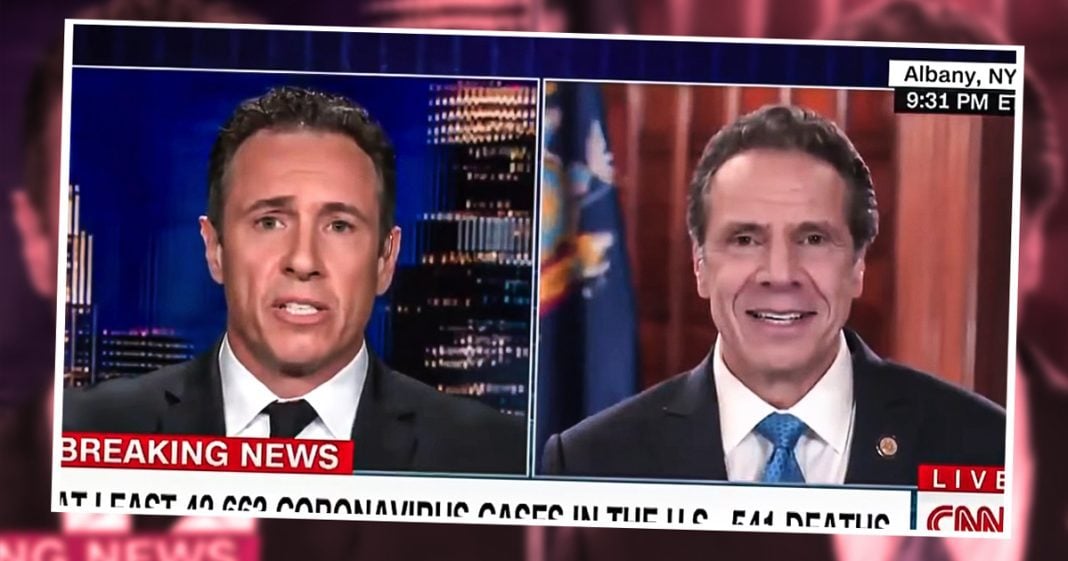 Mike Papantonio:             A new report says CNN host Chris Cuomo used his position to dig up dirt on his brother Andrew’s accusers. Okay. Here you’ve got, the story starts at the very beginning. You’ve got this guy, Andrew Cuomo, who’s pretty much a thug. I mean, intimidation, threats, fear factor always out there about the way he ran politics. In comes his little brother, 51 years old and says, big brother, I’m going to help you. I’m going to use the power of CNN. I’m going to use our investigators to help go after the women who were accusing you of being a predatory punk. And, and so he gets involved. It’s, it’s crazy.

Farron Cousins:                  It truly is. All of this while Chris Cuomo, obviously still on the air at CNN throughout all of this doing his show every day, and then behind the scenes, we now have these text messages and phone calls where he’s working with the aids of Andrew.

Farron Cousins:                  Saying, okay, here’s this woman, okay, I’ll get on it. I’ll contact my people in the media. We’ll find out what’s going on. I’ll find out when the next story is going to break and who it involves, which woman it involves and we’ll go from there. It was obvious that this so-called journalist was working as an aid for his brother.

Mike Papantonio:             CNN whistles, kicks the can down the road, like his, this odd ball hasn’t done anything wrong. At least say it happened. At least have the decency to say yes, we were part of trying to help brother Cuomo pull out of these awful charges that were being made and they were legitimate charges. I mean, there’s no question they’re legitimate charges. Brother comes to the aid. CNN does nothing. It just shows you how dangerous, how dangerous tribal politics is. CNN has become a totally tribal progressive organization that, you know, that’s okay. I liked that there’s progressive voices out there, but you have to temper it. CNN is in the, they are in the dumpster right now with ratings. It’s not getting any better. And this is the type of thing that the public looks at and says, yeah, why would I, why, why do I want to count on them as a source?

Mike Papantonio:             Don’t you say, don’t you tell the truth rather than trying to cover up the obvious? It’s, there’s no question what happened here. It’s not, this is not open to debate. Did he do this? Yes, he did it. He actually wrote talking points for his brother, wrote talking points on what brother needed to deliver to the media so the media could then take it and use it in their story in a positive way. He did that. So, I mean, at what point are you a journalist or are you just another punk looking out for the interest of your brother punk? And I mean, that’s, that’s the story to me.

Farron Cousins:                  Yeah, absolutely. And look, we also have to look at this, because I know Chris Cuomo is liked with the Democrats. Andrew Cuomo was too. But reverse the situation here. If this was a Republican politician and a Fox news pundit, you’re going to be calling for their head. And I don’t think we should be any different.

Farron Cousins:                  Just because you may agree with, with their politics here. This is a violation of journalistic integrity.