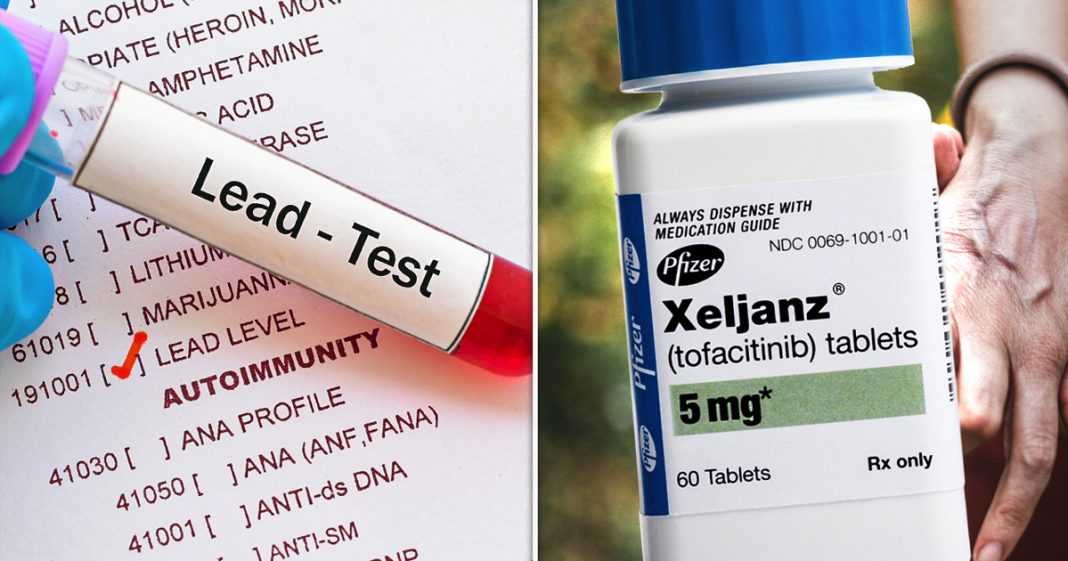 Via America’s Lawyer: Michigan residents are calling a settlement over the 2014 Flint Water Crisis a “Band-Aid on a bullet wound.” RT’s Brigida Santos joins Mike Papantonio to explain why victims are saying it’s too little too late, and how a neighboring city’s water supply is now also contaminated with lead. Then, Pfizer has fessed up to the inherent cancer risks of its Xeljanz pills. At the Mass Torts Made Perfect conference in Las Vegas, RT’s Brent Jabbour sat down with attorney Sarah Papantonio to discuss ongoing litigation against the pharma giant.

Click here to find out more about Xeljanz lawsuits.

Mike Papantonio:             A federal judge has awarded more than $600 million to residents of Flint, Michigan, who were affected by the lead water crisis in 2014. But this, is settlement enough? That’s the question on the table. Brigida Santos joins me now to talk about that. Brigida, how have local residents reacted to this settlement?

Brigida Santos:                   Well, so far over 40,000 Flint residents have signed up for a share of the newly announced $626 million settlement. Now that’s a little less than half of the city’s population. As for the reaction it’s mixed. Some residents welcome the payout, which they see as some consolation for the symptoms and illness they or their children suffered after ingesting, bathing in, or being exposed to the city’s lead and bacteria tainted water. But other residents say the small sum they’ll receive is inadequate and is only a small slap on the wrist for city officials whose negligence and greed caused this crisis. Many residents want every official who played a role in switching the water supply and failing to fix the situation held criminally accountable for poisoning thousands of people. To date, over a dozen city officials and state officials have been charged with crimes related to the water crisis, but those cases are still pending.

Mike Papantonio:             You know, you may remember I was settled for a billion dollars, a billion dollars, I settled against DuPont. But there, for the Ohio River Valley contamination, but there we had an actual, we had actual funds to go after. It seems to me like that’s been part of the problem that they have up there in Flint. Who are you going to go after? Who’s going to, who’s going to put money in to make this happen? It’s just not clear I don’t think to the residents that it was pretty iffy on where the money could come from. But Flint isn’t the only Michigan city to suffer from poisoned water. Activists in Benton Harbor are now battling the city and the county and the state to take action. What’s going on there?

Brigida Santos:                   Well, in Benton Harbor, Michigan, which is less than two hours from Chicago on the South Eastern shore of Lake Michigan, a low income majority black community is suffering the consequences of exposure to unsafe water just as we saw in Flint. Now in Benton Harbor state officials have told residents to drink and cook with bottled water after testing revealed high levels of brain damaging lead in the tap. And since tests were first conducted levels of the toxic metal have only increased despite orders from the state’s environmental agency to treat Lake Michigan’s water with chemicals that coat and protect lead pipes from leaching lead into the drinking water. The EPA has now ordered an overhaul of the city’s water treatment plant, which inspectors say has broken equipment, overflowing chemical tanks and missing records.

Brigida Santos:                   Yeah. Across the country, the environmental protection agency estimates that the US has between six and 10 million lead service lines. These small pipes connect water mains to a water customer’s property and for most of the 20th century service lines were made from lead pipes, many are still in place today. While a ban on installing new lead service lines took effect in 1988. Today, there are no national requirements to move, remove those previously installed lead service lines. And this is incredibly problematic since the CDC and the EPA say there are no safe levels of exposure to lead. Ingesting even the tiniest amount can permanently cause brain damage in children and lead to heart, kidney and other health problems for adults. Researchers estimate that 18% of all deaths in the US every year are caused by lead related illnesses. So this is a major problem.

Mike Papantonio:             Yeah, what’s so ugly about it and in addition to that is that virtually every regulatory agency that should have been taking action has known about this problem for about, about 30 years now. And they simply kicked the can down the, down the street, waiting for the next person who’s in charge to solve the problem and in the process it’s caused, just it’s wrecked havoc with our children. Thank you for joining me, Brigida.

Sara Papantonio:              They’re warning the public about a whole heck of a lot. Right now, what we’re dealing with is we, what we’ve just learned, is that Xeljanz shows an increased risk in cancer, major cardiac events and blood clots. And it’s no small risk. This data’s coming directly from the defendants in this case, which is going to be Pfizer. And Pfizer is telling the FDA that there is a 48% increased risk in cancer after taking Xeljanz, a 33 increased risk in major cardiac events and a long running increased risk in blood clots. So you’re talking about three threats with one drug, but it’s not only Xeljanz that the FDA is warning about. Based on all this data that we’ve seen over the course of now about 10 years, the FDA has made the ultimate decision that they’re going to make warnings about the entire class of drugs that Xeljanz is in. Now, those are JAK inhibitors. So it’s really extending based on what they found on this research to all three different types of drugs.

Sara Papantonio:              Well, the, this class of drugs has been around for awhile and they’re used to treat inflammatory diseases like rheumatoid arthritis, ulcerative colitis. But Xeljanz, when it entered into the market in 2012, what the FDA said to Pfizer is you have to conduct a clinical study on this, this drug. We got to know what the risks are. So that clinical study has been going on for 10 years now and based on the results of that, the increased risk in major cardiac events, the increased risk in cancer, the increased in blood clots, the FDA is, is standing back and saying, wait a minute. This entire drug class is probably going to carry the same risks that we’re seeing in Xeljanz.

Brent Jabbour:                    And, and this is an overarching theme that we’ve talked about is the regulation aspect of it. The FDA approves a drug based on information provided to them by the drug company and then says, oh, and by the way, you’re going to have to do some extended studies. The drug company is. I mean, isn’t that a huge failure there?

Sara Papantonio:              Well, of course we want to know about it beforehand. Now it’s we’re 10 years later, the drug’s been on the market for, for nearly 10 years and they’re just now saying, oh wait, might be a little bit dangerous. But the really unique fact about this case is all of this information about increased risk in cancer and major cardiac events, blood clots, is coming directly from the manufacturer of the drug. And that is why this case is going to be so interesting because when we bring it to court, and when we tell a judge and a jury that there is an increased risk in major cardiac events, blood clots, cancer, and Pfizer stands up and says, no, there isn’t. Guess what, this information comes directly from their file cabinets. They can’t get up and tell us no, because they found the increased risks themselves.

Sara Papantonio:              Well, the FDA had to, and, but the FDA had to because they, they, they forced Pfizer to release this information. What I think is going to happen is we’re going to see, as discovery comes out, is that Pfizer has been holding onto this information since the very start of this study. They’ve known about this increased risk, but since the FDA wasn’t forcing their hand, they hadn’t said anything. So I almost wonder if this is going to be a cover-up type case. Because that’s what it’s looking like.