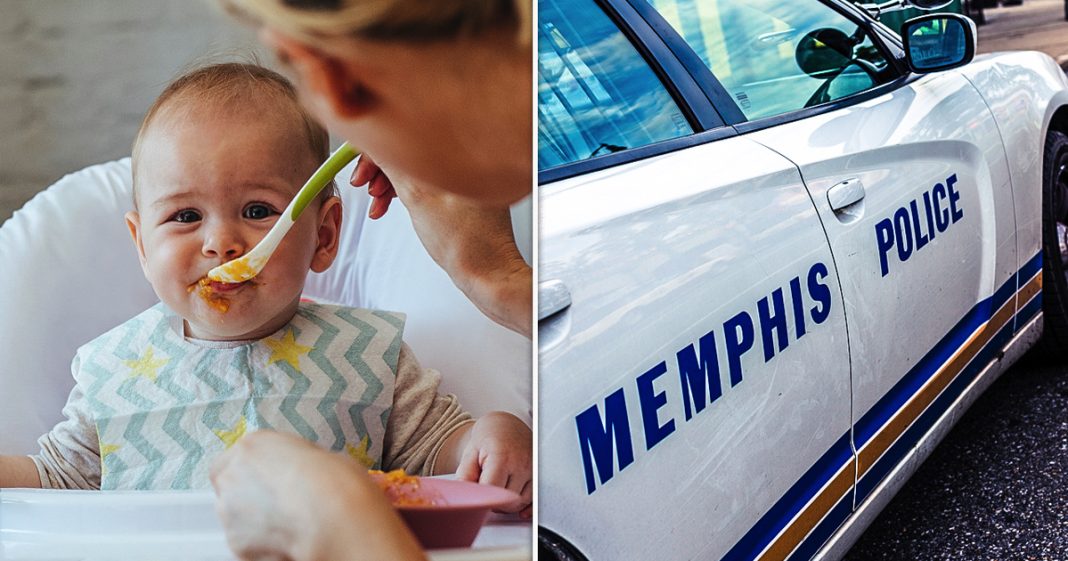 Via America’s Lawyer: Some of the most popular baby foods in America contain dangerous levels of toxic metals, and these metals are having a massive impact on the developing bodies of children. Attorney Mike Papantonio and Farron Cousins discuss this. Also, in a flagrant violation of privacy, police surveillance equipment was found just outside the home of a union leader and activist in Tennessee. Mike Papantonio is joined by RT correspondent Brigida Santos to explain more.

Mike Papantonio:             An undercover police surveillance camera has been found outside the family home of an outspoken union leader in Memphis, Tennessee. The discovery comes two years after the city lost a lawsuit over it’s illegal surveillance of non-criminals for political reasons. Brigida Santos joins me now to talk about this story. Brigida, really, you know, there’s no surprises here. I think you and I did a story maybe last year sometime where you were talking about the idea that they’re actually infiltrating unions with plants so people could understand, you know, they could get inside, they could make friends and then they can do everything they can to destroy that union. This is no surprise here. Where exactly was the camera found, Brigida?

Brigida Santos:                   Activists found the camera hiding inside a suspicious box on a utility pole that was facing the family home of union organizer, Antonio Cathey, on the street where he and other activists regularly meet. Cathey is often mentioned in local news stories for his activism in the Fight for 15 campaign to raise the minimum wage and for attending black lives matter demonstrations. Memphis PD has yet to respond to questions about this camera, but a spokesperson from Memphis light gas and water tells reporters, quote, the camera in question was an MPD covert camera. They installed it temporarily and did not go through the normal attachment process. MLGW also confirms that MPD has since removed the camera. Now, since the police department hasn’t answered any questions from reporters about this, it’s still unclear whether the camera was deployed as part of a criminal investigation or whether it was installed to conduct illegal surveillance for political reasons. Memphis PD has a long history of illegally spying on political activists, journalists, union leaders and more. So suspicion from these activists is absolutely warranted.

Mike Papantonio:             Okay. So here’s, here’s where the rubber meets the road is what kind of activist, activist we’re talking about union leaders. They’re simply trying to get people together to organize so they can make a better living, so they can put more food on the table and maybe pay for a nice house and improve their quality of life. That’s, that’s what unions are about. So that’s different than saying, hey gee whiz, we’re going to, we need these cameras because we think there’s some kind of subversive activity taking place where they’re plotting against the government, they’re plotting against people’s lives and it’s very clear what the distinction is. The Church hearings, before you were even born, there’s hearings called the Frank Church hearings, where they determined that the police, the, back then it was the spook industry that was spying on Americans. They had cameras everywhere. They were following people around. They even tried to have Seymour Hersh assassinated, that’s, who was a very important reporter. So, so this is just, it’s kind of a reemergence. How long has the Memphis police department been spying on citizens for political purposes?

Brigida Santos:                   Memphis PD has been spying on citizens since at least the 1960s, but the issue has been in the headlines in recent years, due to a lawsuit won by the American civil liberties union. Back in 2018, a federal judge ruled that the city’s government violated a 1978 consent decree, prohibiting law enforcement from spying on citizens for exercising constitutionally protected rights to free speech and political dissent. The trial revealed that police officers in the city illegally posed as fictitious characters on social media to conduct political surveillance on nonviolent protestors and journalists who report about important issues in marginalized communities. This is an ongoing problem for the city that it must now fix.

Mike Papantonio:             Well, you know, with a, with a consent decree like that, people can actually be thrown in jail for violations of the consent decree. They can be fined. It’s probably important to take it back to the court. I’m wondering has the 2018 ruling resulted in any changes in the local policing, Brigida, as far as what’s being reported out there?

Brigida Santos:                   Yes it has, but it’s taking some time to implement those changes. Now in 2018, the judge ordered Memphis PD to revise their policy on political intelligence, train officers and establish written guidelines for using social media for police purposes. The police department has objected, but this month a federal judge ordered Memphis PD to give the court a list of all search words used to collect information on social media for official police business, even if that information is sensitive and was collected via a personal social media account. Search terms must be filed with the court every quarter, they’ll be filed under seal, which will prevent the general public from accessing any sensitive information in ongoing police investigations, while also providing some police accountability.