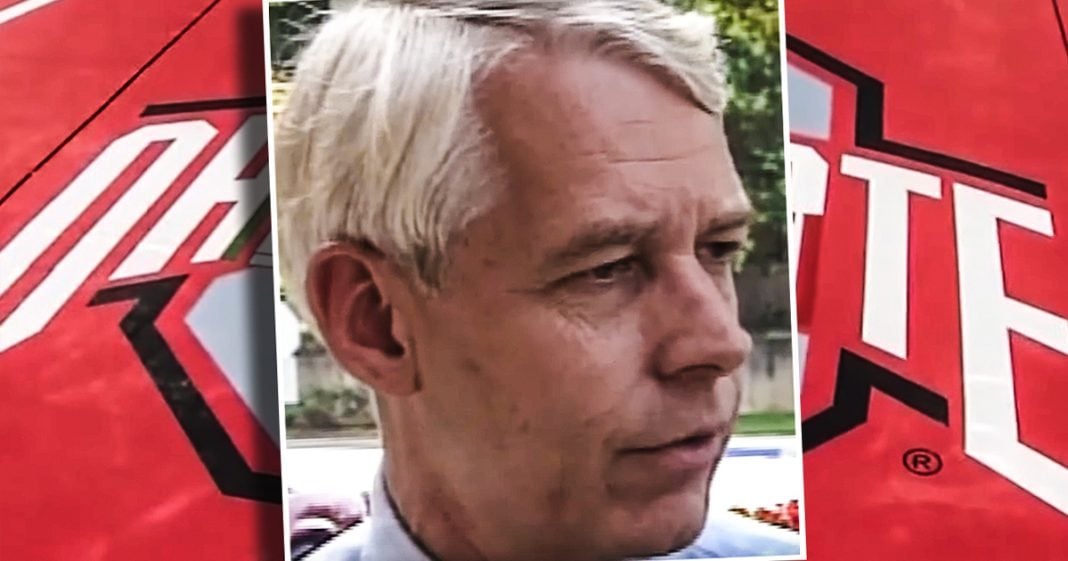 Via America’s Lawyer: A federal judge cited the statute of limitations when dismissing a litany of sexual abuse charges against former Ohio State University physician Dr. Richard Strauss. From the Mass Torts Made Perfect conference in Las Vegas, legal journalist Mollye Barrows joined RT’s Brent Jabbour, filling in for Mike Papantonio, to explain how the saga is far from over, as more than a hundred victims continue to seek justice against the late Strauss, who is accused of sexual abuse dating back to the 1970s.

Sara Papantonio:              Ohio State University has been hit with multiple lawsuits for allegedly covering up sexual abuse that took place in the athletics department many years ago. But the cases were recently dismissed and RT’s Brent Jabbour spoke with legal journalist Mollye Barrows about why that happened.

Mollye Barrows:                So at the center of the scandal is Dr. Richard Strauss, and he worked for decades as a physician for Ohio State University and hundreds of victims, mostly men, have come forward and said that he sexually abused them in one way or the other over almost 40 years, whether it was at the medical facility at the campus, a private office that he had off campus, as well as his home. So in recent years, people have been coming forward and Ohio State was being, they were basically, the survivors were saying that Ohio State officials knew about this abuse, that they were aware of these complaints, and yet they allow this man to have access to hundreds of students that also were abused later on. So when it came to light about these allegations, they couldn’t pursue him directly because he committed suicide in 2005. So legal recourse was a way to find some accountability against Ohio State University for allowing this predator to have access to so many college students. Unfortunately because of the very narrow statute of limitations, there was a window that was open, but the judge ruled that these particular set of cases could not move forward because they missed that window that was opened to allow them to pursue civil claims against OSU.

Brent Jabbour:                    And I was going to say, and we, we see, oftentimes whenever we’re talking about a legal story like this, there is always the question of statute of limitation and those can vary from state to state. So tell us about that.

Mollye Barrows:                It’s fascinating really because it’s what’s so unfortunate and I think ever since the me too movement, and you have other high profile cases that have really brought this to the forefront, you’re seeing a bigger push in individual states that are changing legislation individually, that makes it easier for victims to have access to justice. And that’s a real problem right now because in order for a victim to come forward, it’s a, it’s a, double-edged short, actually, there’s just many facets to this problem. One, victims of sexual abuse often don’t come forward for years. Studies show that the average age is 52 before they come forward. And if it happened when they were young, naturally statute of limitations are gonna expire. Mostly it’s state laws that govern whether or not victims can pursue it. So if those state laws say the statute of limitations, like for instance in Ohio is only two years, well that’s well beyond when a lot of these people come forward.

So going by state by state, you had states like New York and California post me too change laws that made it easier for victims to file claims directly against their abusers. But if you want to file a claim against a church or a community organization or an institution like a college, you have to go through the state laws. If you live in California and you’re a victim or New York or a handful of other states, they have laws that make it easier for you to pursue those civil claims. Ohio does not. So there’s a lot of talk now that, and you know, and the, the, the federal laws need to change because the main law right now is title nine. A lot of attorneys that pursue sex abuse cases on behalf of victims say that title nine is like their last resort law, because it’s so limited and so narrow. And that’s what happened here that basically title nine, they opened up a window and they were like, ah, sorry, you missed it. And we know it’s clear that he abused your victims, but there’s nothing we can do about it. You missed your window.

Brent Jabbour:                    Well, and that, that’s, it seems strange that we can look at such a serious crime here and somebody who could have, or an organization that is to say, as the Ohio State University, could have been complicit in this and that we say, all you have is two year.

Mollye Barrows:                Yeah, it’s unbelievable. Especially when they know that he did it. And so there’s a real push to change federal law that would basically unify it and level the playing field so that you don’t have to rely on state laws as your only opportunity to pursue claims. And not only would it make it easier for you to, you wouldn’t be limited by a statute of limitations. You would also have, it would make it easier to file directly against an abuser or an institution. So the burden isn’t necessarily on the individual with the cost of bringing that lawsuit or the cost against the state to carry that, that financial burden as well when they’re trying to pursue these cases. If they can pursue civil claims, changes in federal would make it easier to pursue those civil claims directly against the institution directly against the accused abuser.

Mollye Barrows:                That’s exactly what it’s going to take. It’s going to have to take legislators pushing forward and doing something. And there were initially a lot of calls after the, the me too movement, because there was such agregious, you know, patterns of abuse. And, and you find out about these things after the fact and these, you know, weak statute of limitations laws that limit people and their ability to hold their abusers accountable. So there were some changes individually state by state, but yet we have yet to see what’s really needed on the federal level. And that is going to require legislators to really do some that, you know, whether it’s adjusting title nine, if it’s affecting the statute of limitations there, or if it’s just creating a law in general, you know, basically title nine is just about discrimination based on age, race, and sex. And they’re saying that sexual violence falls under discrimination, but it’s so much more. We need new modern laws. These are, these are so old, these are ancient, and they’re not getting the job done, especially in a modern age where we recognize, understand more of what it takes for victims to come forward and the process of trauma, it retraumatizes them to go through the whole idea of bringing a civil suit and then to be shot down and told, yeah, you were abused. But sorry, legally, we can’t help you.

Brent Jabbour:                    Well, and exactly when you look at something like the Ohio State University and Ohio state law, and such a big correlation of those two in the state Capitol in Columbus, that’s going to be definitely a tough move. So it does have to go to the federal level. Legal journalist Mollye Barrows, thank you so much.