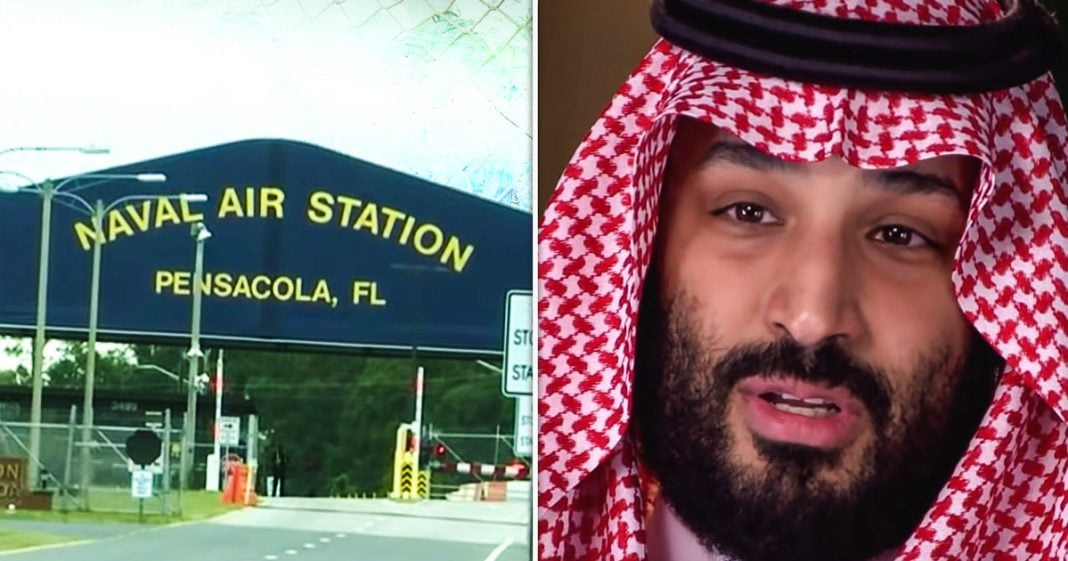 Via America’s Lawyer: Following the 2019 terrorist attack at a Pensacola naval base which left 3 dead, families of victims sue the Saudi Arabian government for being complicit. Mike Papantonio & Farron Cousins discuss more. Plus, U.S. officials remain enamored by lucrative U.S.-Saudi arms deals while turning a blind eye to crimes of the Kingdom. Mike Papantonio and is joined by Attorney Chris Paulos to explain more.

Mike Papantonio:             Well, it’s a regressive, obsolete, thuggish regime that only stays in, and basically what they’ve done is they’ve claimed all the natural resources for themselves. Now think about that. Who in the hell says, yeah, you’re entitled to all the oil, you do that through a dictatorship, a regressive dictatorship. Here’s the other part of the story that really gets ugly. They have this arrangement with the Wahhabi, the Wahhabi clerics, right? And the Wahhabi clerics allow business as usual. They are, they aren’t an uprising. It’s, they’re radical, crazy clerics. Like we saw affect us right here in Pensacola. Tell that story, I mean.

Farron Cousins:                  Right. You know, what was it? December of 2019, I believe, we had a shooter here at our local Naval air station. One of the largest Navy air stations in the country, from Saudi Arabia was here as part of, I guess you’d call it a bit of an exchange program. They send their people here to be trained by our military.

Farron Cousins:                  Right, and to learn how to use them, to take that knowledge back to Saudi Arabia, turns out this guy had spent years being radicalized by Al-Qaeda. Saudi Arabia completely ignored all the warnings they had on this. Let him come here anyway. Ignored his social media posts talking about the countdown is coming.

Farron Cousins:                  Or the countdown has started, I believe. Waiting till this attack happened, kills several individuals, wounds couple dozen here in Pensacola.

Mike Papantonio:             Alshamrani, okay, now here it is. He attacks US soil, Biden knows that, Blinken knows that, who’s over there negotiating with them right now. It’s, it’s the first successful attack since 9/11 on our soil. It’s done by a Saudi, a Saudi flight officer that’s only in this country because the Royal family allowed him to be in the country. He, it’s he’s their Trojan horse, Al-Qaeda Trojan horse, they unleash this rabid mongrel dog at our base right here in Pensacola, who ends up, ends up killing, you know, injuring seven plus people, killing three. And we don’t take any action. We filed a complaint. Let me disclose. We filed a complaint against Saudi Arabia about a week ago, and we’re going after the Prince. We wanted, we want to disclose and make it very clear what the relationship is between the Prince, the weapons industry and why we allow these thugs to train, to train these folks on American soil. Very, very concerned, big concern and as we tell the story in a couple of weeks, people are going to have more concern.