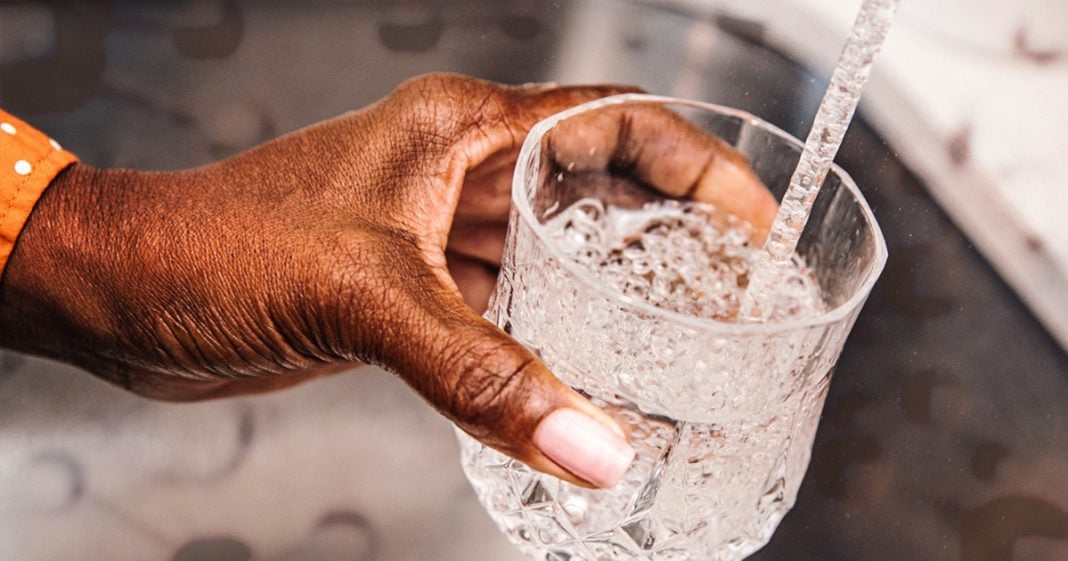 Via America’s Lawyer: An alarming new report confirms that toxic tap water is contaminating tens of millions of households across all 50 states. Filling in for Mike Papantonio this week, attorney Sara Papantonio is joined by attorney Michael Bixby to discuss more.

Sara Papantonio:              Millions of Americans are drinking contaminated water every day and most of them have no clue that this is happening. I’m joined today by attorney Michael Bixby to explain what’s happening. Now, Michael, we’ve got a company telling us that the water we drink, the water we bathe in, that we use to cook food for our families, it’s potentially contaminated with arsenic, lead, really, really bad toxins. Tell us how this is happening and who are the players? How did we get here?

Michael Bixby:                    Sure. Well, it’s supposed to be the environmental protection agency. They should be watching out for this. They’re the agency that’s tasked with making sure that the environment generally and specifically that the water that we have in our country, that everyday consumers consume is safe. And in fact, if you go to members of the public, they think they say, well, the EPA has looked at this. They’ve made sure. There, there’s people looking out on the federal and state level. The problem is the enforcement has been very inconsistent. They are not doing as good of a job as they need to. They’re being much more reactive than proactive. You have examples of this, you can look at the list of problematic chemicals that the EPA created first in the 1970s, a good start, but that hasn’t been updated in almost two decades. So you have local water authorities that are supposed to be reviewing, analyzing this, enforcing it, stopping bad conduct, dumping of chemicals in the water that would harm individuals. They’re supposed to be watching that, but they’re using old standards. So you can have something that might be legal. It might be permitted by the EPA. But that doesn’t mean it’s safe. And you can look at examples of that from cases even that our firm has been involved with it, that Mike’s been involved with at Levin Papantonio Rafferty. I mean, you can speak to some of that, the PFAS, PFOS chemicals that you’ve had experience with as well.

Sara Papantonio:              Right. It’s so important that I want to draw back on what you just said. That just because some of these water districts are complying with EPA regulations, just because they’re acting legally, doesn’t mean that it’s safe for consumers, because like you said, it’s been 20 years since that EPA list has been updated. And guess what we’ve known in the last 20 years, we found out that PHOS, a chemical, a toxin that is bio-persistent, bio-active, bio-invasive, is now in our waterway sources and, and that they haven’t known, right, because they haven’t done any due diligence to update that list.

Michael Bixby:                    That’s exactly right. And when you talk about that, that, that forever chemical, I mean, it’s in, it’s in the bloodstream of people all around the world because of the dumping that’s happened. The EPA didn’t stop that. The EPA didn’t do that. Where was that brought to light? That was brought to light when it got out in the public domain when the lawyers, when people like Levin Papantonio Rafferty got on the case and actually brought it, brought the case into the public light. And it’s not the EPA at the forefront, they’re reacting at the end of the day and they’re not getting out in front of it. And that’s a problem. And that needs to change.

Sara Papantonio:              Right. The EPA sticks their head in the sand and says, we have no idea what’s going on. No way of knowing until you have a situation like Flint, Michigan, and then suddenly they’re like, oh, we had no idea. Sorry, we’ll do something now. But that’s not really the case here. The fact is we’ve got an independent company, an organization using EPA data to tell us, is our water safe to drink.

Michael Bixby:                    Right. And so that, that data is available. It can be done. It’s just not happening. And so we need to use that data, get out in front of it and, and, and address these problems before, not only when it comes out, like Flint, which is another great example of this with our waterways being polluted and contaminated and people, the people who are suffering, they don’t know. They’re not even aware.