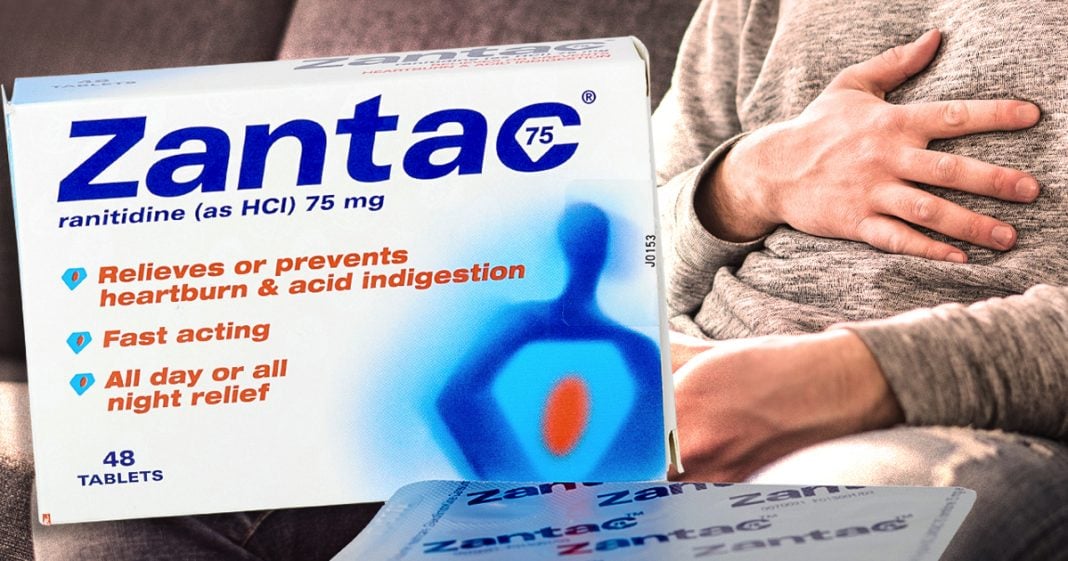 Via America’s Lawyer: 15 million Americans suffer from heartburn and have turned to Zantac as a popular relief aid. But the FDA recalled the drug last year, and a class-action lawsuit against manufacturers is on the horizon. From the Mass Torts Made Perfect conference in Las Vegas, attorney Madeline Pendley joined RT’s Brent Jabbour, filling in for Mike Papantonio, to explain how the makers of Zantac have spent decades sweeping serious cancer risks under the rug.

Click here to find out more about Zantac lawsuits.

Sara Papantonio:              Zantac has been one of the most popular over the counter heartburn medications in America for years now, but recently serious dangers were revealed and now the lawsuits are starting to come against the drug manufacturers. At a Mass Torts Made Perfect conference, RT host Brent Jabbour, talked with attorney Madeline Pendley about what’s happening.

Brent Jabbour:                    Over 15 million Americans who take Zantac are at risk of developing cancer. There’s a lot to discuss here. So joining us now to do so is Madeline Pendley. Maddie, explain what the situation with Zantac is.

Madeline Pendley:          So basically these, these pharmaceutical companies, namely GSK, Sanofi, Pfizer and Boehringer Ingelheim, they have manufactured Zantac for basically since the 1980s. And there were studies going back to late seventies, early eighties that showed this medication could break down and facilitate cancer development. So each company is involved at different time points in that range, but basically they all knew that this could be a risk of the medication and they sold it anyway.

Madeline Pendley:          So it’s, it’s in a family called nitrosamines. Most all nitrosamines are carcinogenic or at least have the ability to be at the right dose. So NDMA is extremely carcinogenic in animal studies. It is basically able to facilitate tumors anywhere it’s exposed to an animal in lab studies and that’s actually the only purpose NDMA has today is laboratory testing to study tumors.

Madeline Pendley:          No, and it’s not supposed to be there. And so essentially with Zantac, what we’re seeing is it’s called a design defect from the legal realm. It means that the way the ranitidine molecule is designed, ranitidine being the active ingredient in Zantac, it facilitates the breakdown into NDMA. So to put it really simply and my science folks are going to freak out, but the simple, the simple analysis is ranitidine contains both the N and the DMA in the molecule. So once it’s exposed to things like heat and humidity, it breaks down into NDMA.

Madeline Pendley:          They knew a lot, especially GSK. So GSK is the company who actually invented the ranitidine molecule. So they did years of studies prior to putting it on the market, prior to submitting it to the FDA, in which they saw what’s called nitrosation, which is ranitidine breaking down into NDMA. In human body studies in animal studies, in test tube studies, outside the human body, they could see that this was breaking down, but they kind of just explained it away saying, well, this won’t really happen in real life, but it does and it did.

Madeline Pendley:          At this point, yes. In April, 2020, the FDA did finally say, okay, we need to do something about this. We’re going to pull all the Zantac from the market. So October, 2019 to back up a little bit, there was a study that came out that alerted everybody to the potential issue. There were some issues in the way they tested Zantac. So, you know, the FDA pushed back, the manufacturers pushed back and said, this is not really happening. Come April, 2020, they realized it was and so it was all pulled from the market. And since then, some of these manufacturers have actually redesigned their Zantac, which is interesting to me, you know, why redesign it if there was no issue with the original formulation, but yes, it has been pulled from the market at this point.

Madeline Pendley:          Right. And it’s because, so Zantac, what you have to understand is companies like GSK were like 20th, 25th in highest ranking pharmaceutical companies, prior to Zantac. After Zantac they shot up to second or third. So Zantac was what’s called their blockbuster product. It made GSK. It was the first drug to hit a billion dollars in sales, you know, it was a, the best-selling drug up until 2016. They could not afford to pull this drug and reformulate it.

Madeline Pendley:          Right. Or just warn, hey, in these situations, it could cause cancer, you know, slap a sticker on there and just be like, I told you, but they didn’t even do that. And actually what they did in their marketing campaign was they advertised that Zantac was safer than other things on the market, which is ironic at this point. But there was a competitor drug coming out at the same time and they, you know, ran that drug into the ground saying you should never buy that because it could cause kidney problems. Ours would never do that. Never saying it could cause cancer.

Madeline Pendley:          So, we are in the middle of expert depositions and expert report submissions are going to be submitted at the end of the year in which we will tell the judge, these are the cancer types we feel are submitted, supported by the experts. Defense will respond and then she can rule any point after that in the Spring, probably.

Madeline Pendley:          So GSK actually did pull their product off the market sooner than other companies. So to be fair, GSK originated the drug and then they passed the rights for the drug off to other people for over the counter Zantac. They still maintain the patent for prescription, so they pulled their prescription product off the market in October, 2019 and then Sanofi was the next product, the next manufacturer to recall the product. Everybody else took until April.

Brent Jabbour:                    So where does this go? I mean, and when we look at these types of cases and, and like you said, I mean, we’re waiting for the judge to, to read the information, to take a look at it and then we see where we go from there. You know, what are the next steps?

Madeline Pendley:          So, after we, we submit which cancer types we feel are best supported by the evidence and by the evidence, I mean, epidemiological studies, we’ve had hours and hours and hours of consultations with experts, toxicologists oncologists eho’ve looked at this medication and feel, this is what supported. After that, if she rules on what’s called Daubert, she lets us proceed with general causation on those cancers. Then we will start what’s called the bellwether process, which means we find people with those cancer types that are represented and start setting them for trial, hopefully.

Madeline Pendley:          So right now in the litigation as a whole across the country, there’s about 150,000 claimants. Meaning they either have a filed case or are being worked at by law firm.